As defined by its name the front wing is the first component to embrace the air flow. It's function is to produce the front downforce required to balance the car and whilst doing that minimise the effect it has on the air flow coming off its trailing edge to allow the rest of the car to work as efficiently as possible.

So let's look at the solutions the leading teams have come up with this season, starting with the constructors' championship leaders:

Red Bull has astounded the other teams with its domination over the past three years, but this has not happened by accident - it has come from its understanding of how to get the maximum from its front wing.

It is a very thin section-wing using maximum plan view area at the outer extremities. With this style of design the team gets the maximum area that will be influenced by ground effect while still controlling and managing any air flow separation on the undersurface. This is achieved by it being a four-element component. This means it has three slot gaps allowing air flow through to the undersurface of the flaps, which in turn maintains good air flow on the flaps undersurfaces. This dictates that there will be good air flow coming off the trailing edge of the rear flap, which will enable the aerodynamic engineers to optimise the other aerodynamic surfaces further downstream.

The small detail changes the team carried out over the season just show how far ahead it was when the season began. Within a set of regulations, it is a case of diminishing returns. So at some point the other teams will close in, but as we have seen many times, if you do your homework over the winter and get far enough ahead at the beginning of the season then small changes reduce the risk of screwing up the latter part of the season.

McLaren's front wing assembly is quite different to Red Bull's in that McLaren has a very complicated undersurface on the main plane.

When you have this type of acute detail change, combined with areas of air flow separation, it is very easy to get different pressures across the underneath of the wing, which will result in transverse air flow. This can cause havoc further downstream and it is always very difficult to predict the correlation between wind tunnel/CFD and what happens on the circuit.

McLaren's wing is a three-element component, which in effect gives the team a bigger percentage of downforce loss when there is any air flow separation on the underside and I think this is why the MP4-12 is one of the most dramatic as far as porpoising is concerned when there is a bumpy braking area. Porpoising is caused as the wing gets closer to the ground and then suffers from air flow separation, which means it loses downforce, which in turn makes the car start bouncing. 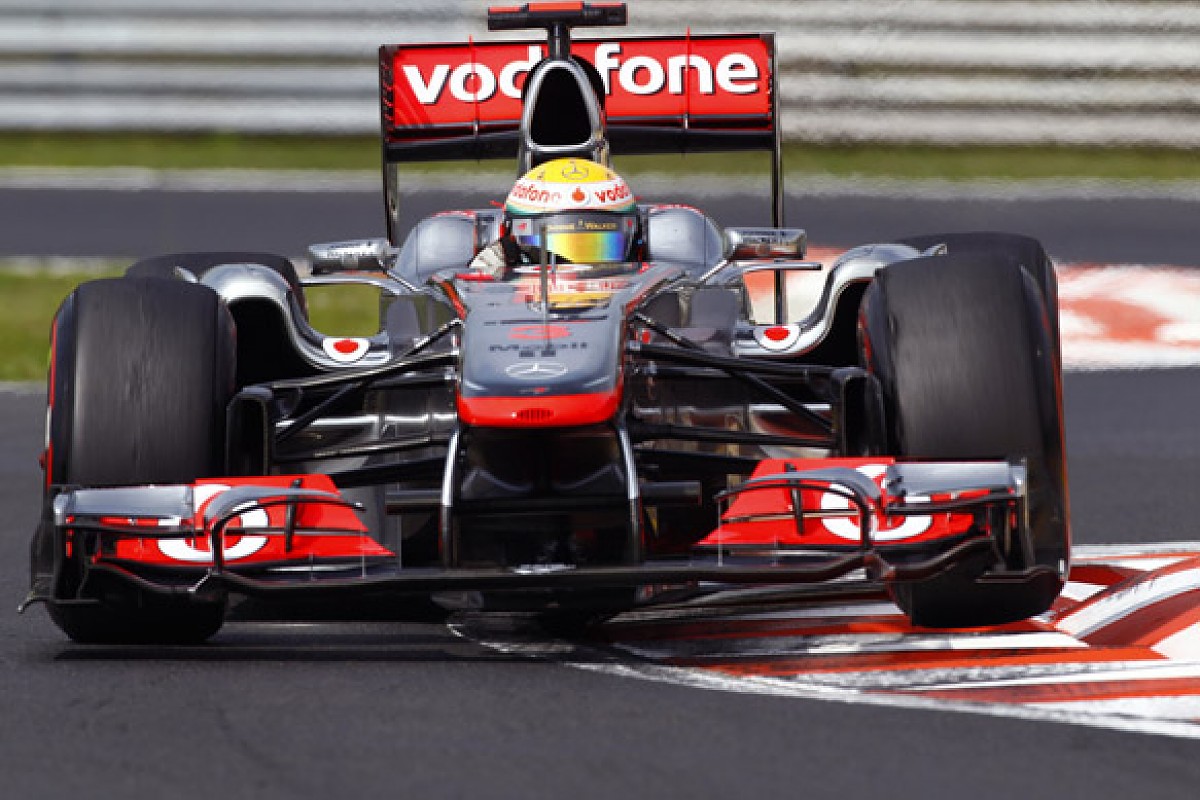 Ferrari, like McLaren, uses a three-element main front wing assembly, but for a while this season the team was playing around with a two-element version.

Ferrari used this two element wing in Monaco and Montreal, which are two circuits where, because of their nature with slow speed corners and a higher ride height (Monaco), the two-element wing can actually be beneficial in that it will produce a higher downforce level. It will, however, suffer more from air flow separation problems when the wing gets nearer the ground.

At high speed circuits like Silverstone, Spa etc. the two-element front wing will be very inconsistent and just knock the drivers' confidence because of the variation of front downforce.

It looks like Ferrari has now settled on a three-element wing, which gives it a better platform to develop the rest of the car on as it is the consistency of air flow coming off the trailing edge of the front wing that allows the underfloor, side pods, diffuser etc. to be optimised. 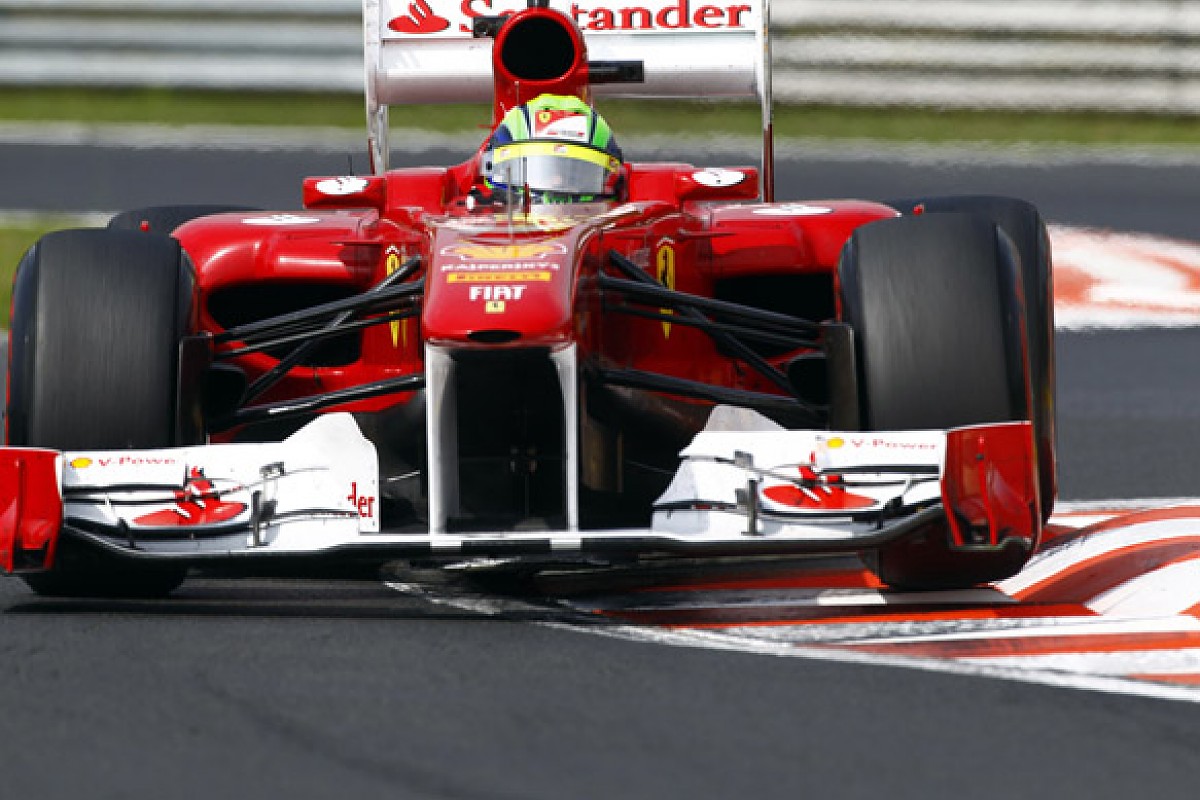 Mercedes confuses me a little in that the team seems reluctant to commit to more than a twin-element front wing.

In 2009, for the first part of the season up until the Turkish Grand Prix, Brawn (as the team was called then) ran a three-element front wing and I believe that car was much better in the early part of the season than it was in the latter stages. Jenson Button requires a car that has a consistent balance through the corner, he is not the last of the late brakers and he carries the corner speed right through the apex. If he has a car that maintains a consistent aerodynamic balance he flies, if not, he finds it very difficult to adapt his driving style to a car that is nervous.

Mercedes's front wing now has a token gesture slot gap in the main plane in the area where the air flow is most critical relative to the leading edge of the underfloor. Having this short slot gap to maintain decent air flow, however, will mean that when there is any air flow separation there will be a lot of transverse flow on the undersurface causing chaos further downstream.

I think this can be seen in the lack of consistency in the team's performance and by the fact that its drivers are very hard on the tyres. A car that does not have a consistent balance will eat up tyres much quicker than a car that does. 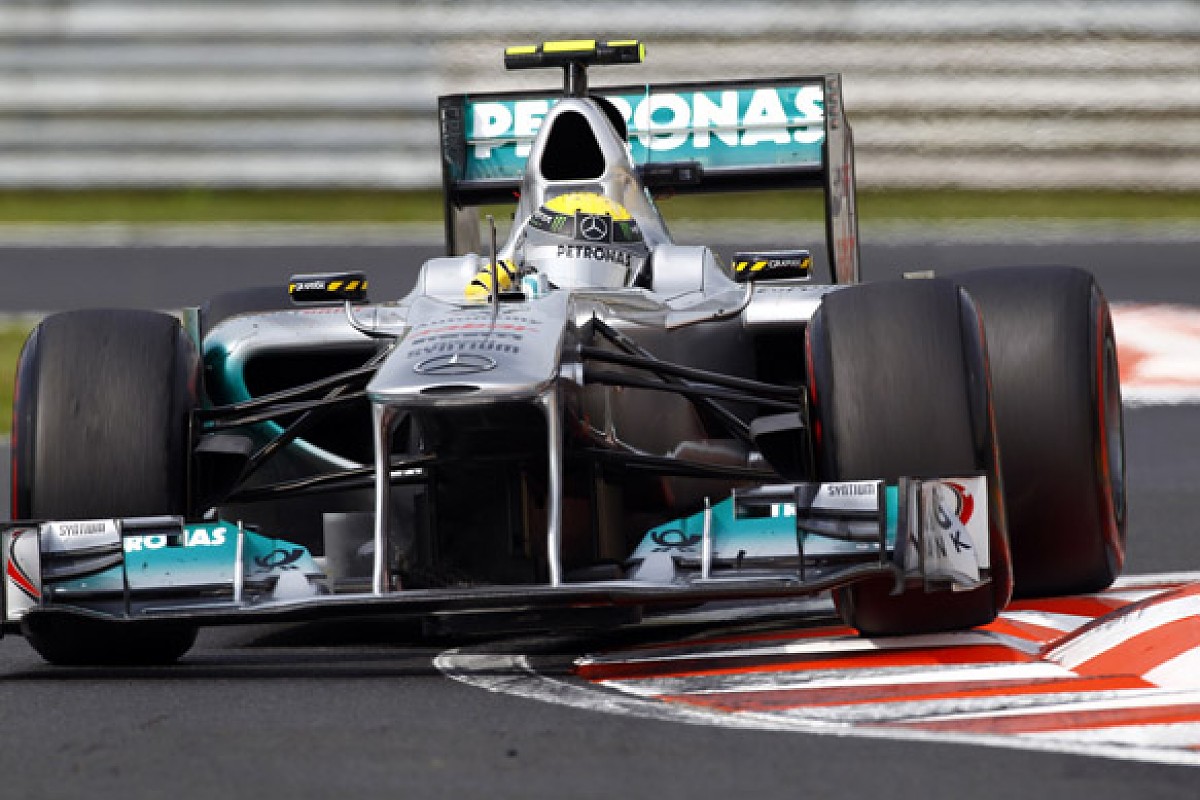 Renault has had a troubled season. It started well and then fell away and when you have something as different as the forward-facing exhaust system - which tried to barbecue Heidfeld last time out! - it is always difficult to discover where the problems lie.

During 2010 I believed Renault had a very good handle on the front wing concept as it was the first to introduce the '3D-style' integration of the wing elements, where they met up with the outer end plates. Others followed that development route and I am sure most of them will tell you that they got more consistency of performance from the front wing.

But Renault seems to have gone away from this concept, which is a little confusing to me because, when as a team you define a development direction and you get a circuit benefit from it. So long as the regulations stay stable normally you would keep optimising in that direction to improve the efficiency of the component rather than going backwards in your development direction.

Now let's contrast these solutions with the developments from one of the tail-end teams. Starting this week with Team Lotus... 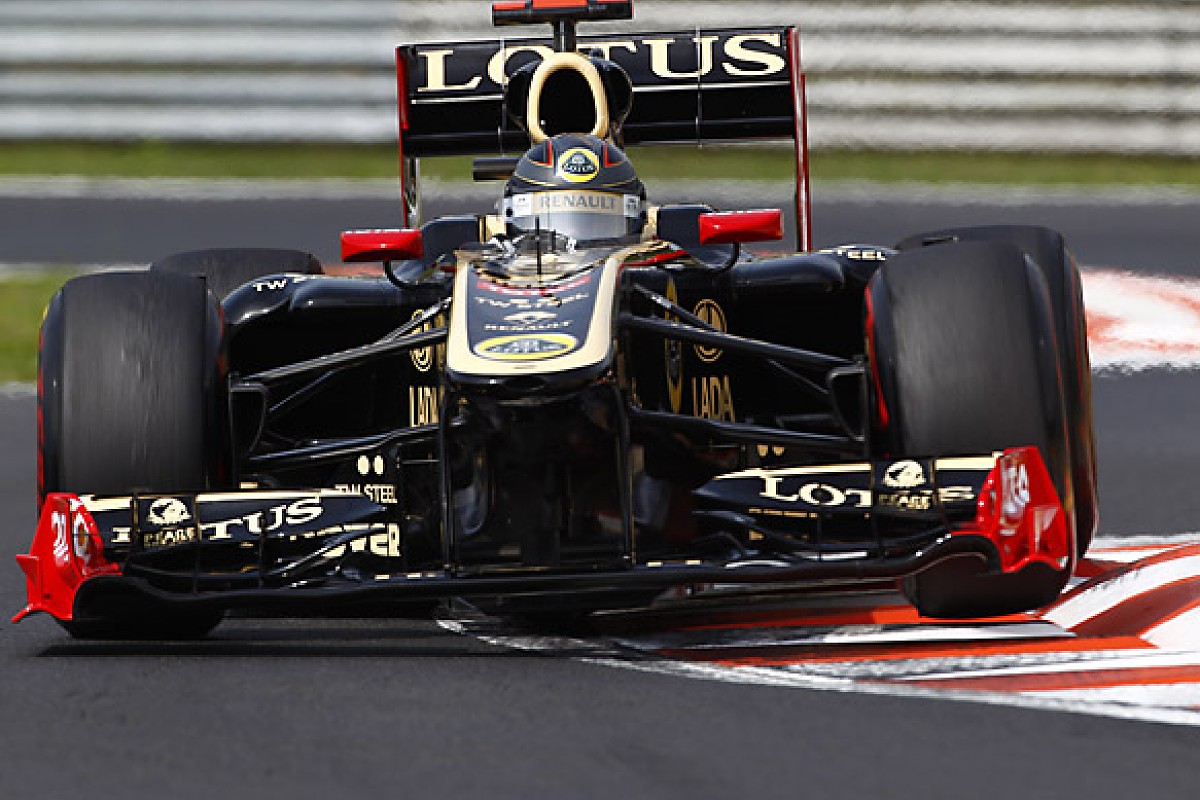 Lotus Norfolk Branch being one of the three new teams has obviously a lot of ground to make up both in facilities and personnel, so it is no great shame for the team to be where it is in its first couple of years, but very soon more will be expected of the team.

In general, I don't think the car over the past two seasons has been very adventurous, and with that it has lacked the complexity that a modern day Formula 1 car requires to optimise its aerodynamic performance. The front wing assembly is a three-element component, but lacks the detail that most other teams have where the inner end of the flaps terminate. This area is very important as it is where the working part of the wing joins to the mandatory central FIA-defined symmetrical centre section.

To get the best out of this part of the wing, and the barge board area of the car, you need to try to set up a wing section that will produce a fairly strong vortex, which helps the barge board and the leading edge of the underfloor's efficiency.

As for the other teams, there are many variations with two-element, three-element and four-element front wing assemblies. But in general I think the teams may be lacking in the vision that Adrian Newey's group of people has. They are not looking at the long-term results and instead are going for the quick short-term benefit.

The whole car works as one major aerodynamic surface and modifying any one component will have a knock-on effect on many other components downstream. This is where the vision is required to make sure you have opened that window of opportunity. It may take time to get the other components working better, but as I said at the start of this, the front wing meets the air first and the rest of the car can only be as good as the air flow presented to it.