In Austin, Texas for an early screening of 'Senna, The Movie', at the successful South by Southwest Festival (SXSW for short). Curiosity takes me out to an obscure country road in Elroy, called FM812. It leads to the site of what will become the US Grand Prix.

The race is being promoted by Tavo Hellmund's Full Throttle Productions company and will be featured as the 'new' race in the 2012 Formula 1 World Championship, just as India is this year's debutant venue.

To give you an idea of how rural FM812 is, the 'FM' designation stands for Farm-to-Market road. But from this site you can look back and see the impressive-but-not-overbearing skyscrapers of downtown Austin (population 790,390, the fourth-largest city in Texas). Not too far away is the Austin-Bergstrom International Airport.

The Senna movie, which won an Audience Award for Documentary Films at the Sundance Film Festival earlier this year, caused people to line up for hours on the Austin sidewalk out front of the historic Paramount Theatre to see the screening. One of the local journalists, Dave Doolittle of the Austin Statesman, was pithy in his review: "I knew the story going into the film, and I expected to walk out sad, yet grateful for seeing Senna's unbelievable talent on the big screen. Instead, I was speechless. There was a strange emptiness in my chest that I couldn't explain."

After the screening, Hellmund sponsored a get-together for Formula 1 fans and sponsors of the US GP at the local Performing Arts Center. One of the film's makers, Asif Kapadia, participated in a Q&A session with Hellmund, fielding questions from the audience on the race and the movie.

I had pretty good seats at the Senna screening and Hellmund was sitting right behind me along with his family; nearby, keeping a close watch on her investment, was one of his key bankers, Texas State Comptroller Susan Combs. 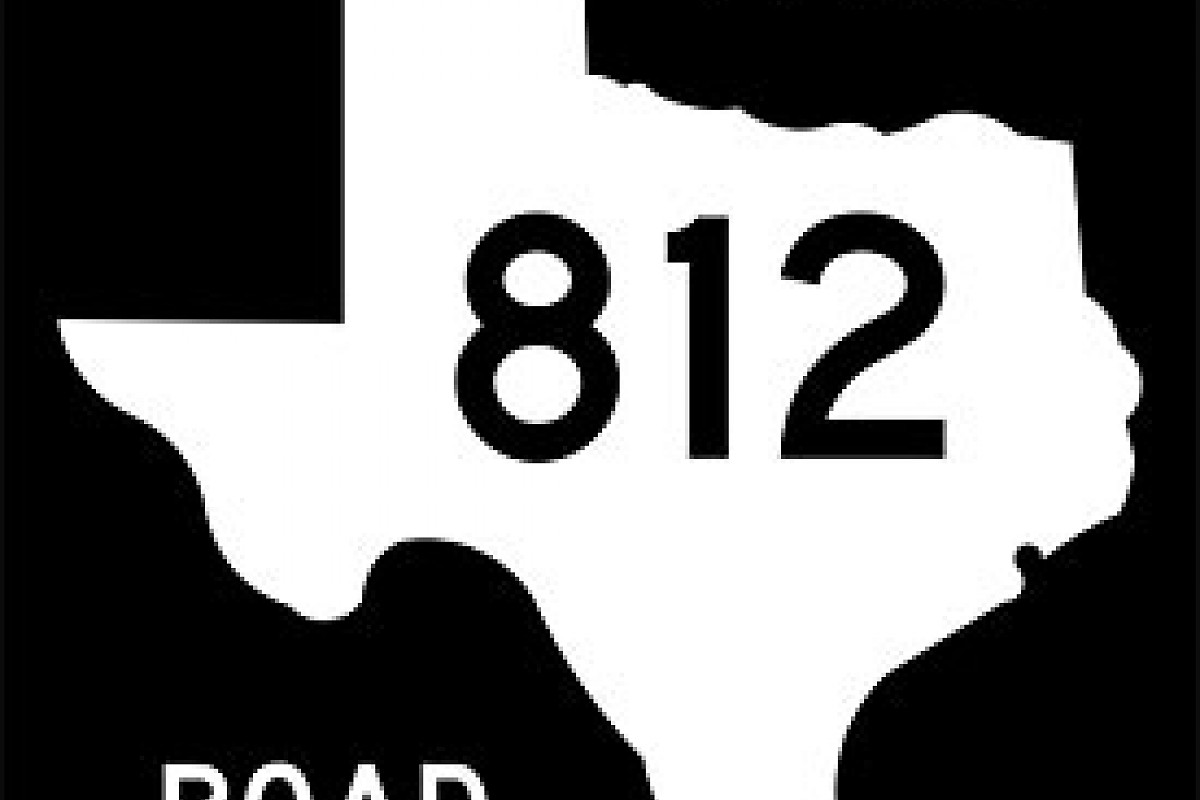 Red McCombs, an 83-year-old billionaire former owner of major US sports teams such as the NFL's Minnesota Vikings and NBA's San Antonio Spurs, is one of the project's major backers, as is Bobby Epstein, who runs Prophet Capital Management Ltd, an Austin-based private investment firm. But the State of Texas has budgeted $25 million in seed money for the Austin race from its Special Events Trust Fund; the new Dallas Cowboys Stadium that hosted the 2011 Super Bowl has also tapped into this Special Events Fund.

Hellmund's company has negotiated a 10-year deal with Bernie, 2012 to 2021, and Texas is committed to support the race by means of tax revenues hoped to be generated from the race for this 10-year period.

Having Hellmund in my right ear during the screening provided a running commentary to key points, since this is a man who knew Senna and who knows the sport. As a young driver in the lower formulae, he lived in Cambridge with the likes of Rubens Barrichello and other Brazilian drivers who had come to Europe to learn their craft.

If the Senna filmmakers had interviewed him, they would have heard about his own encounters with Senna in the days when Hellmund was a member of the Bernie Ecclestone-owned Brabham team. His job was to wash down Nelson Piquet's wheels after practice and qualifying and other such low-level scutt work, whence he learned the sport literally from the ground up.

Hellmund remembers the kindness Senna showed him - in those days an American was a rarity and a curiosity in F1, and it was just the kind of thing that interested the Brazilian - and he is a huge Senna fan today.

The fact that in the same team at the time were Charlie Whiting and Herbie Blash of the FIA, who among other people will have to sign off on the Austin track at various stages of its construction, may be worth bearing in mind as the project progresses.

On to Hellmund's dreamworks. After seeing an aerial flyover video of the track that Bruce Knox, the President and Chief Executive Officer of Formula One United States Grand Prix, showed me, I went out to see what the work-in-progress track looked like. I was told not to expect too much since it was basically still a construction site.

Bernie Ecclestone would have been thrilled at the sight. On the construction pad, all lined up neatly like a phalanx of soldiers, were around 25 pieces of major earth-moving equipment, including Caterpillar 627G Wheel Tractor Scrapers and road graders, along with an equal number of very large D11 Caterpillar bulldozers and assorted support vehicles.

Only in Texas could this amount of equipment in numbers and dimension be found on hand.

Kevin Olsen, co-founder of The Austin Grand Prix, a new media resource developed to connect Austin with F1 fans that is not affiliated with Hellmund's company, has provided the accompanying photographs of recent events and track progress.

The visit took place on a Saturday afternoon, and we found workmen finishing off the construction buildings they will use as base camp while the track is being built. Already you could see the outline of a portion of the 3.4-mile track by following survey stakes and the areas that have been graded by the earthmovers, including the impressive-looking uphill climb to Turn 1 after the main straight.

Think of the A-1 Ring used for the Austrian Grand Prix and the Osterreichring before it, and the uphill run at the end of that main straight that turned right and up towards the mountain. It's the same idea here, but the track takes a left turn after the uphill. Hellmund could call it Red Bull Corner and ask Dietrich Mateschitz to help pay for it. Other turns will apparently pay homage to other famous corners of grand prix circuits that 'work', such as Becketts at Silverstone and Turn 8 in Turkey.

This area of South Texas is pretty flat, but the site being used features some natural hills, and the earth-moving equipment is clearly there to accentuate the existing elevation and contours of the land. On a street named Piland Triangle, off FM812, you can look down over the site. It's easy to imagine Hellmund's rationale for choosing the 900-acre area for the motorsports complex he is building.

To give you a sense for the Texas-size of this parcel, Silverstone and its ancillary facilities are built on 800 acres and the Indianapolis Motor Speedway was originally built on 320 acres, but has expanded over the years to 1025 acres, which include the track and associated buildings and parking areas.

As I wandered around the environs of the track, taking pictures and trying to figure out the access roads and the likely traffic patterns to the site, local folk came up to me to ask what I knew about the USGP project. One visitor was a woman who owned land nearby. I told her to build a bed and breakfast and they will come!

As a lover of racetracks, it was a treat to see one in the raw that may turn out to be one of the great ones, and interesting to imagine what will become of the immediate area on FM812 over the next few years.

At the moment, this is still rural Texas prairie shrubland - a nearby parcel still for sale had a rusted out circa 1968 Corvair Monza convertible on offer, dormant in the field - and the only evidence of horsepower were two Texas ponies grazing in a pasture across from the track. Wonder what they and the other neighbours will think when F1 comes calling next year...

Date in your diary

As with the roll-out of the Senna movie, the date for the 2012 USGP at Austin has not been officially announced. Conventional wisdom assumes that for economies of scale, Austin will be matched with the other North American race in Montreal, Canada, which is always in mid-June.

But some locals wonder about the timing, since Texas in June is pretty hot. Some may remember the Dallas Grand Prix held on July 8 1984, when the asphalt was churned up in 100-degree heat to the point where the start time was moved and the race shortened by 10 laps to conserve the disintegrating track surface.

Because of its temperate climate in mid-March, Austin could present Ecclestone with an alternative season-opener following a pre-season test at the track. Maybe not the first year of its operation, but in subsequent years.

Hellmund and his backers seem to have the financial resources and passion for F1 necessary to transform this raw land into a world-class racetrack. Texas is a fiercely proud and unique part of America given its history - the Governor still thinks Texas could secede if it wanted to, given the way the Republic of Texas was annexed by the USA in 1845! The architecture of the Austin and San Antonio areas still reflect the Spanish/Mexican origins of South and Central Texas. The race will also likely attract many fans from south of the border. Indeed Hellmund's father Gustavo, who is Mexican, was the original family connection to Bernie, having originally organised open-wheel and Trans-Am races in Mexico.

Austin is a varied place that will have a lot of appeal, different from Montreal but similar in its effect on people: interesting, inviting and active. The world-famous 101,000-seat Texas Longhorn football stadium stands like a Colosseum on one end of the town. And although it is the Capital of Texas, Austin, as the site of the University of Texas, has very much the feel of a bustling 'college town', which gives the town a tangible, youthful feel. The USGP grandstands will also be Texas-size, with 120,000 seats planned.

For Bernie's better-heeled clients in the Paddock Club, there are 6000 hotel rooms in Austin's downtown alone and 250,000 rooms within 180 miles of Austin.

South-west antique establishments also proliferate in the Austin area for those who want to take something home from deep in the heart of Texas. For the adventurous looking for a road trip, the iconic Pennybacker Bridge over Lake Austin, scenic highway Loop 360 and the Texas Hill Country are nearby. 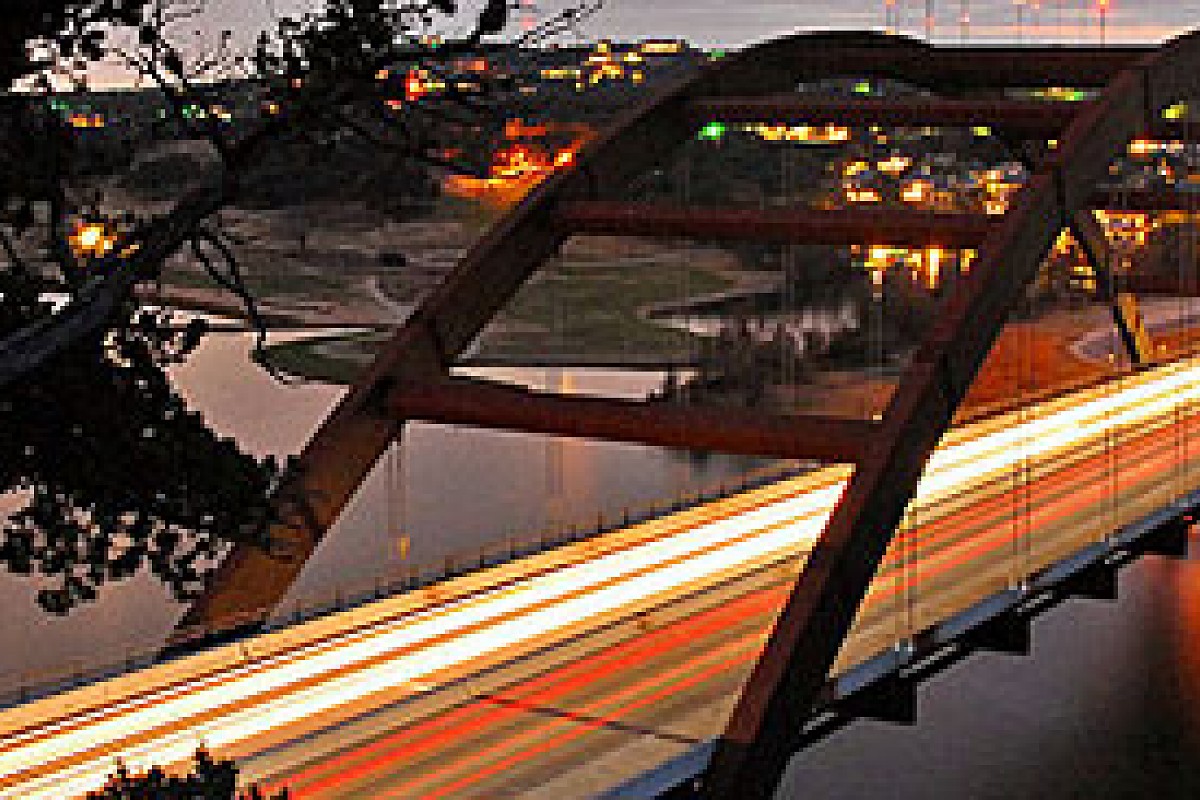 Farther afield, San Antonio, Texas and the Alamo are only 80 miles south of Austin, so they're a good day trip before or after the race weekend. For Texans, the Alamo is their Statue of Liberty and the beautifully restored former Spanish Mission symbolises today the spirit of independence that is the core character trait of the state's population.

For those who stay in Austin itself, there's 6th Street with lots of places to eat and drink, and a sensitively preserved quarter where elegant buildings of an earlier and more gracious time are maintained to a very high standard of restoration.

Tours given under the auspices of the Heritage Society of Austin feature a look at the interiors of some of these historic Austin properties. Hopefully the HSA will see fit to run a tour during race weekends for those of us not totally consumed by KERS and DRS - for people operating on their own horsepower.

So things are building up nicely in the scrubland opposite FM812. The Corvair Monza ragtop will probably be snapped up by then, but let's hope those two mustangs are still there in 2012, looking over the fence across from the track, and perking their ears up at the sounds of real horsepower.