It is right up there with Monaco because it is so photogenic. There are these long runs through the trees, lots of walls, big kerbs at the last corner - and lots of potential for crashes. There is usually a lot of action here.

Add the fact that Montreal is also a fantastic city to enjoy, and it is not hard to understand why F1 is so happy to be back here again this year.

There is no shortage of great places to take pictures here. Some of the best opportunities are through the first sequence of corners, or alternatively at the hairpin - which is probably the most famous trademark shot thanks to the Biosphere in the background.

A few different areas of the track actually provide similar shots, so it is just a question of finding a gap in the trees from where you can still see the cars. Then you are basically left to play around with the scenery. 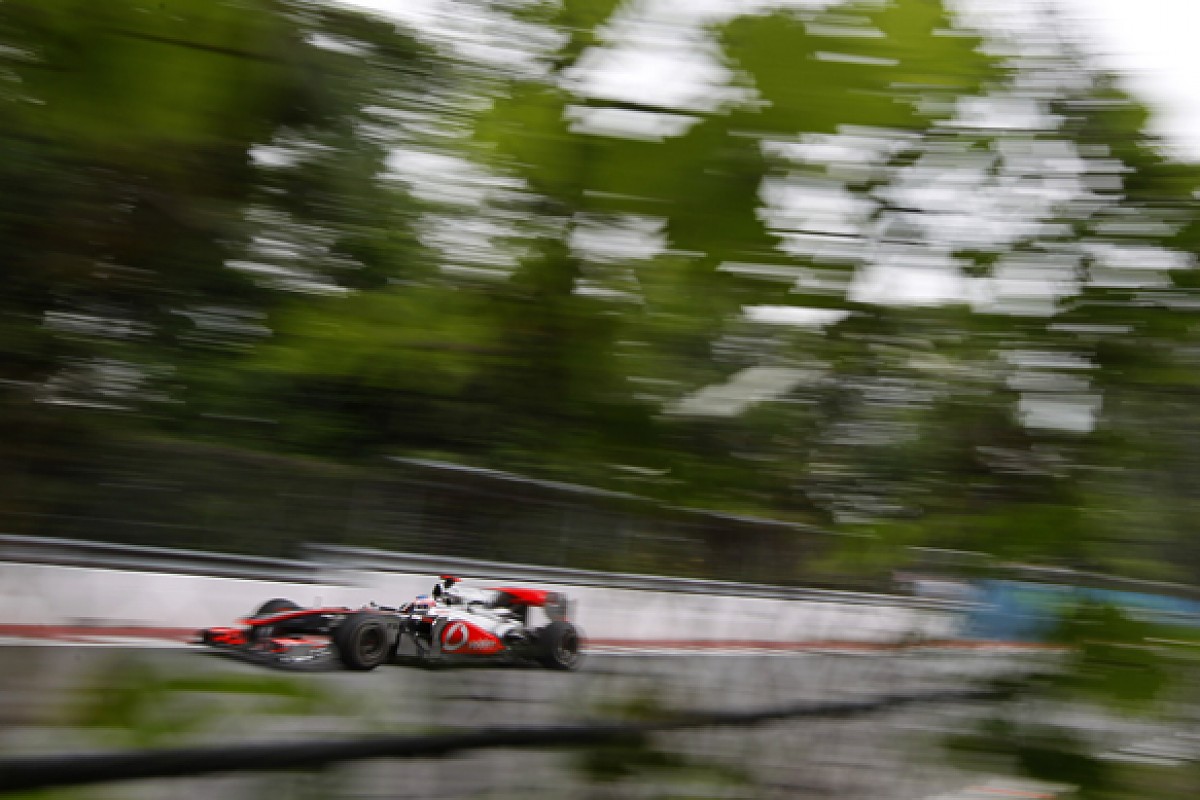 This picture was taken on the exit of the Turn 3-4 chicane, where the drivers are often brushing the wall - or even crashing.

This was taken from behind both the trees and the fence - and I chose this spot because the foreground fence had a lot of greenery growing on it which helps frame the shot better. The key to getting a shot like this is to be smooth with the camera, because you are taking it with a slow shutter speed.

There are not actually many places on the calendar where you can get a shot 'through the trees' like this now. Maybe only Monza, Montreal and Spa are places where you can use the scenery like this. So when we have it, we have to try and make the most of it.

MY FAVOURITE SHOT FROM CANADA 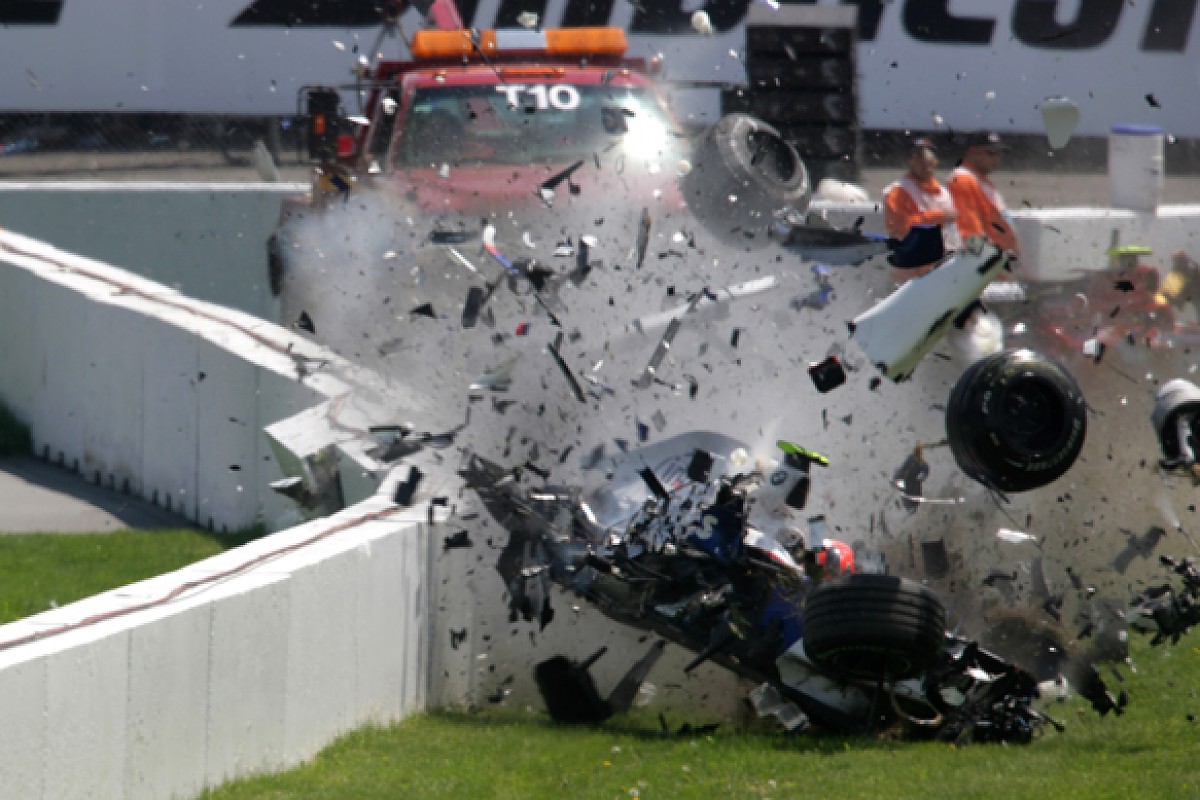 Robert Kubica's crash in 2007 was one of the biggest accidents in recent F1 history - and I was right down there at the hairpin when it happened.

There were just four British photographers down in the tower and during the preceding safety car period, that had been the opportunity to put on the shorter lenses and shoot things wider for more scenic stuff. As we knew the safety car was coming in, we had changed back to our longer lenses in case there was some passing at the hairpin.

As the cars came around, out of the corner of my eye I saw this thing flying across the grass. I managed to react quick enough to get it - and I think this was the earliest frame that anyone got of it. You can even see Scott Speed in the background just starting to react. 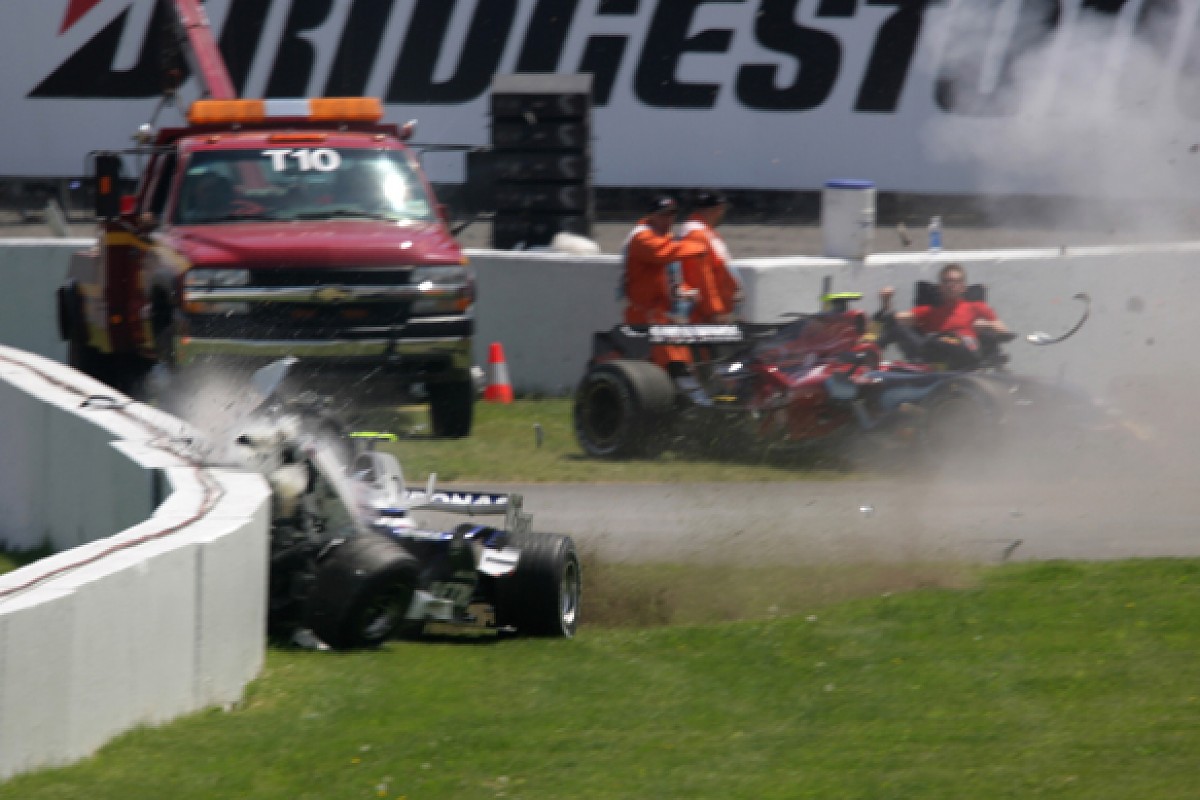 After that first shot I just held the button down until the accident had finished. Immediately afterwards we all thought the worst, and I started shaking from all the emotions of it all, but thankfully he was okay.

I remember it took me a couple of seconds to wonder if I had got any shots of the crash - and I was so relieved when I could see on the camera screen that I had. It meant I wouldn't get a big telling off from the boss for having missed it!