A quick recap of the European leg of the F1 season so far: First we had Spain, a hugely aero-dependant circuit where the Red Bulls turned up and crushed everyone.

That was followed by Monaco, a mechanical grip-dependant circuit ... where Red Bull turned up and crushed everyone.

Now we have Istanbul Park, a track where Red Bull rolled up last year with the second-best car on the grid, and ended up with both drivers on the podium. Suffice to say that Mark Webber and Sebastian Vettel could have been forgiven for walking around with an ever-so-slight swagger this week.

The law of averages suggests that someone has to break Red Bull's stranglehold sooner or later, as Red Bull itself proved by closing what had threatened to become an uncloseable gap to the Brawns last year. Now the hunter is the hunted, and it's McLaren and Ferrari leading the chase.

McLaren in particular demonstrated its developmental prowess last season when it honed the MP4-24 into something respectable, but with three races in a month, have the pursuers had enough time to made any inroads yet?

It's not just about those three, though. Mercedes, and particularly Michael Schumacher, have been looking demonstrably sharper in recent weeks and they'll be working to keep that momentum rolling in Turkey, although Monaco's surprise package Renault is already warning that it face a tough task in replicating that pace across the Bosphorus.

Williams faces an even more difficult weekend as it has been forced to take a backwards step with its aero package and revert to an older-spec front wing after running out of time to replace the new ones that were destroyed in Nico Hulkenberg and Rubens Barrichello's Monaco accidents.

On the flip side, Lucas di Grassi will be back on equal terms with team-mate Timo Glock when he takes delivery of an updated VR-01, the twin to the upgrade that Glock received in Spain. 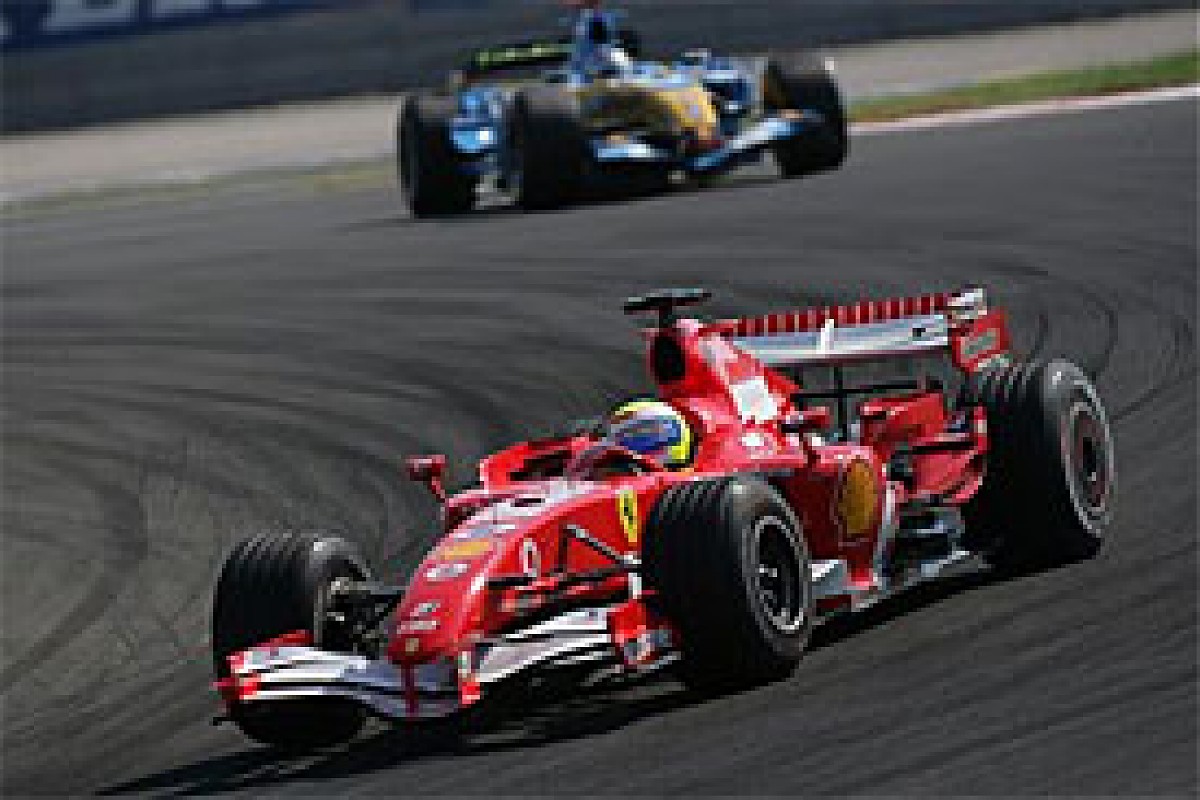 A first-time winner, an international diplomatic row, and a multi-million dollar fine - suffice to say that there are a few people who won't forget the 2006 Turkish Grand Prix in a hurry.

Ferrari's Felipe Massa had started from pole and led into the first corner, his cause immediately helped by fourth-placed Giancarlo Fisichella spinning an causing a pile-up behind him.

An appearance by the safety car a few minutes later (prompted by the stalled and stranded Toro Rosso of Tonio Liuzzi) made little difference to Massa's lead, although the ensuring scramble of pitstops enabled Fernando Alonso to jump Michael Schumacher for second and set up a battle that continued for pretty much the remainder of the race.

Alonso held the German at bay, surviving a late attack to cross the line just 0.1s ahead of the Ferrari, up ahead of him was a wildly fist-pumping Brazilian. Massa had taken the chequered flag five seconds earlier to rack up his first-ever F1 victory, just one race after Jenson Button had achieved the same milestone at Hungary.

On the podium, Massa was handed his trophy by Mehmet Ali Talak, who was identified as the President of the Northern Turkish Republic of Cyprus., a state which is recognised by Turkey alone. The Cypriot government lodged an official protest with the FIA that eventually resulted in the race organisers being fined $5 million.