A splash of rain, a touch of confusion over strategy, a few great overtaking maneuvers and in one sweep the Australian Grand Prix wiped away any thoughts of the Bahrain tedium that preceded it.

But the teams barely had time to digest what happened at Albert Park before they found themselves at Melbourne's Tullamarine Airport boarding flights to Malaysia; the back-to-back races serving up momentum and exhaustion more or less equal measure.

The bad news is that it's a bit early in the season for fatigue to be kicking in; the good news is that Malaysia should provide Formula 1's second entertaining race in as many Sundays. With the potential for overtaking and a propensity for safety cars, the Sepang circuit has similar scope for randomness to Australia, and once again, the meteorologists are suggesting that at the very least, the teams will be giving Bridgestone's inters a workout this weekend.

From a championship point of view, there are already enough subplots forming to create all sorts of intrigue. Red Bull has proven fairly conclusively that it has the quickest car, but it has also demonstrated a varied selection of ways to lose points.

A combination of bad luck and driving errors has prevented the team from capitalising on its pace so far, and with the other leading teams frantically developing, there's no guarantee that the RB6 will still have the same sort of advantage when the European season kicks off. The iron is still hot, but Red Bull can't afford to keep squandering opportunities to strike.

McLaren meanwhile, finds itself arriving in Malaysia amid a similar vibe to when it departed Monaco in 2007, with Hamilton seething in the belief that a call from pit wall cost him a win. On that occasion, he rolled up at the following race in Canada and scored his first grand prix victory, and this time around McLaren will happily tolerate him being a bit prickly for a couple of days if he manages to turn his frustration into success once again. 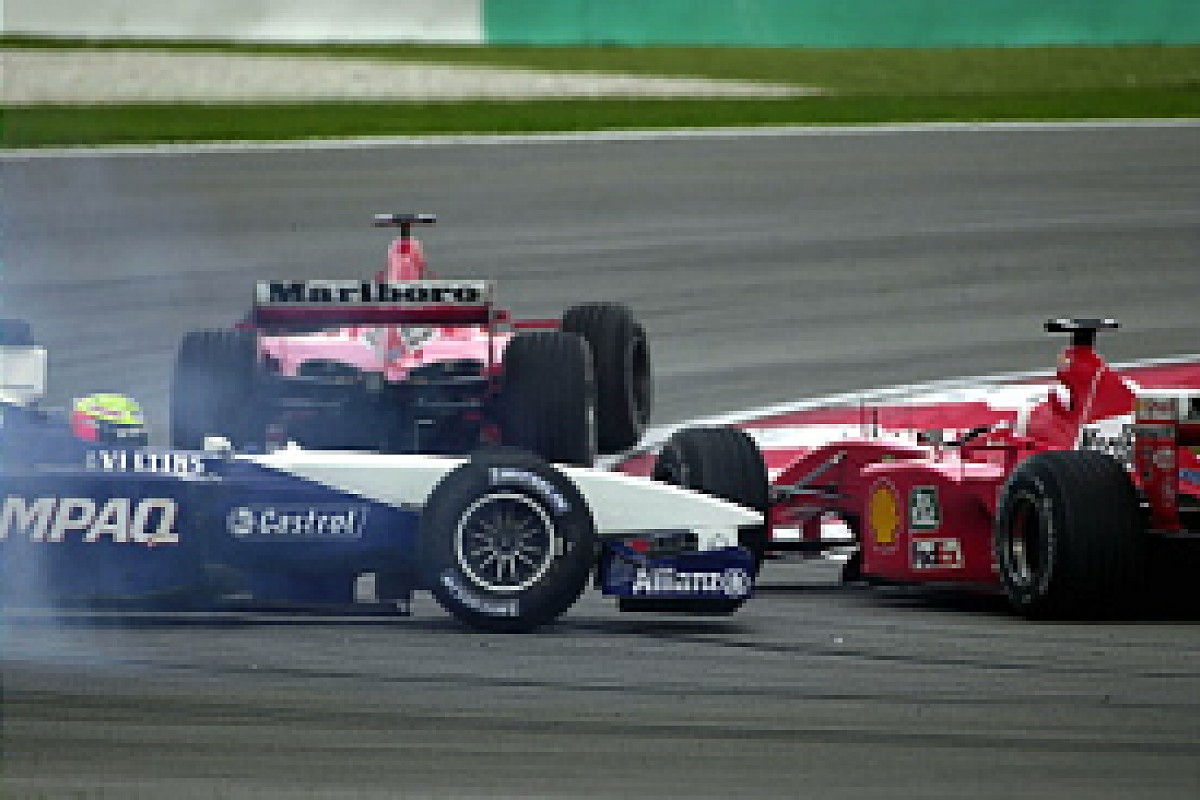 The prospect of showers on Sunday means that no matter how carefully a team plans its strategy, the chances are that it will have to adapt it on the fly. The conditions in Melbourne encouraged a few teams to gamble, with varying degrees of success - just ask McLaren.

As the teams and drivers gradually get their heads around the new fuel load and tyres, the risk element will be replaced by science, but for the next couple of races at least, we have a decent chance of seeing somebody trying something a bit left-field.

If you ignore the scale of his victory - or the fact that that there were only two cars within 30s of him at the finish, one belonging to Ferrari team-mate Rubens Barrichello, the other being David Coulthard's McLaren - then the race was actually pretty entertaining.

Overnight rain carried over to Sunday morning, forcing the cars to complete the final practice session in the wet, but even though the skies had cleared a bit for the start, it still took a couple of tries to get the race underway.

At that point there'd already been a touch of drama for Schumacher, who'd been forced to switch to the spare car just before the pit exit closed when his race car developed an oil leak. Arrows driver Enrique Bernoldi, who'd started his weekend by having his qualifying times deleted due to a bodywork irregularity, had to follow suit.

The first attempted start was aborted when Benetton's Giancarlo Fisichella missed his slot and got stranded in the middle of the grid; the second was scrapped when Juan Pablo Montoya's Williams died on the grid, forcing the Colombian into an unaccustomed sprint back for the spare.

Things finally got cracking with the third start (unless you were Kimi Raikkonen, whose transmission broke before his Sauber had even made it to the first corner). Schumacher made a good start from pole but Barrichello tagged Ralf Schumacher at the first corner, putting the Williams into a spin. Behind them, Jos Verstappen made the sort of start you normally only see on a PlayStation by going from 18th to sixth in his Arrows.

BAR's Olivier Panis blew his engine on the second lap, leaving a puddle of oil for the two Ferraris to spin on next time they came around - which they obligingly did. Both rejoined, albeit minus a bargeboard in Barrichello's case.

The race had a new leader in the form of Jordan's Jarno Trulli, but he'd barely had time to contemplate the clear track ahead of him before the heavens opened. Jacques Villeneuve, Eddie Irvine, Montoya and Bernoldi immediately spun into retirement, Trulli spun and recovered, and as the spins began to mount, the stewards decided that a safety car was in order.

Everyone pitted, with Coulthard emerging in the lead ahead of Heinz-Harald Frentzen and Verstappen. Michael Schumacher had been badly delayed in his stop and found himself behind Barrichello in 11th, but crucially, the Ferraris had opted for inters instead of wets.

This, it quickly became clear, was the right call - the restart came on lap 11, and by lap 15 Schumacher was already back up to second and chasing Coulthard down. The extent of his advantage was made clear by the fact that he took 40s out of Coulthard's lead in just 10 laps. Coulthard stopped on lap 25 and rejoined 20s behind Barrichello, and when Schumacher stopped five laps later, his lead had grown to 68s.

From that moment he was beyond reach, the German's decision to go for inters having more than compensated for the fact that he only made one stop to everyone else's two and was therefore carrying more fuel much of the time.

While the fight for the podium was settled early, the scrapping between Mika Hakkinen, Frentzen and Ralf Schumacher continued for the remaining points, ending when the Finn was forced wide and passed by the Jordan and Williams. Seventh-placed Verstappen was the only other driver to finish on the lead lap.