Chip Ganassi Racing's Extreme E driver Kyle LeDuc has revealed that a tree activated a “one in a million” car shutdown that ended his hopes of qualifying strongly in Senegal.

The highly decorated American short-course oval champion was on course for a flying run along the four-mile beach course in Lac Rose when his Odyssey 21 machine stopped.

LeDuc had recovered 5.3s to X44 pacesetter Cristine Gutierrez and her nine-time World Rally champion team-mate Sebastien Loeb during the first half of the lap when the incident occurred.

He has now revealed that a tree branch caused the freak incident when it caught in a small loop on the car’s rear three-quarter panel and triggered a precautionary car shutdown.

LeDuc told Autosport: “It sucks. I had good sector times so I was really, really motivated to get to the [semi-final] and try and even the playing field between our team and the X44 team.

“But it wasn’t our day. I went into the section at the back and one of the trees pulled the kill switch on the roof of the truck.

“There’s a loop up there for the marshals if you crash in an emergency. It primes the fire extinguisher and kills the truck.

“The tree yanked it, this was a one in a million. Nothing broke, the tree just grabbed it and tugged on it and pulled it out.”

LeDuc was quick to exit the car and hit the reset button on the front of the machine, but lost some three minutes before being guided to the back of the car to find the affected cut-off switch.

He explained: "I had to try to diagnose it in the car. 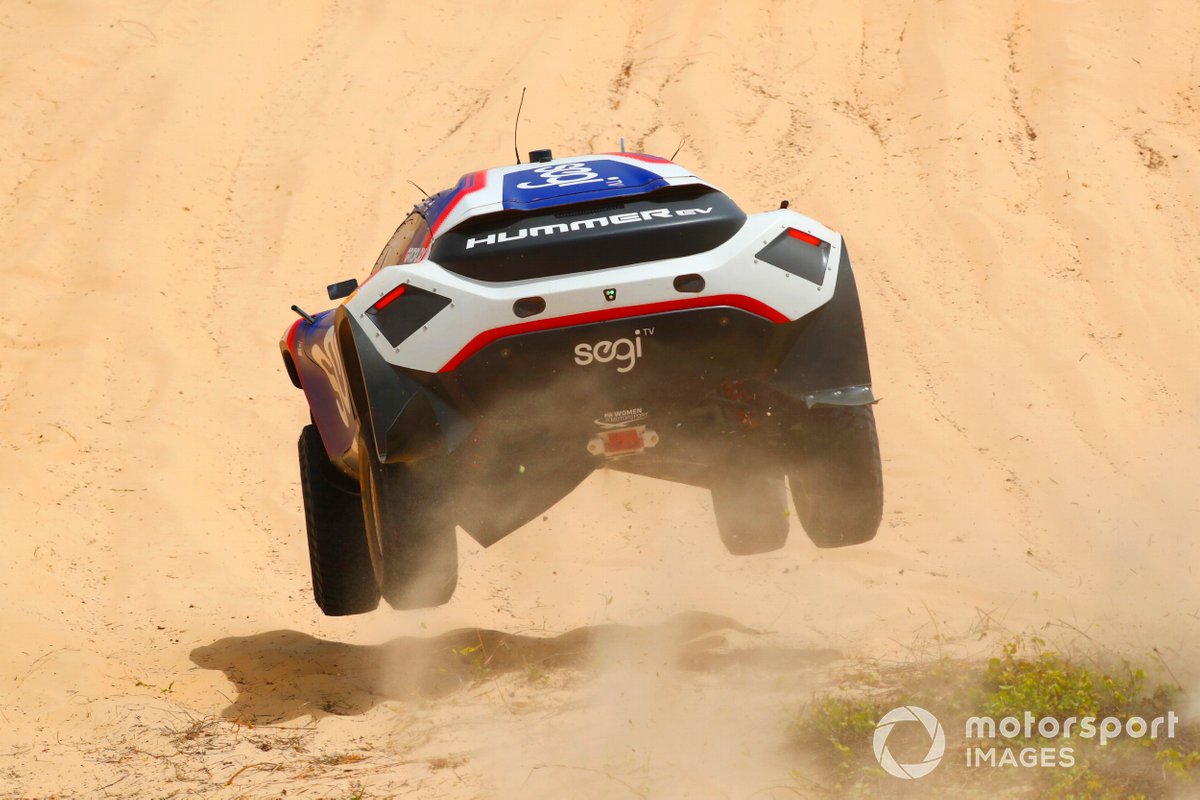 "There's only a couple ways to make that car turn off completely. I didn't think of those in the trees.

"I should have done the math, that's going bug me throughout.

“If I opened my door and I went right to that and pushed it back down, I probably would have been in the main event [semi-final].

"That's going to bum me out for a little while."

After he continued, LeDuc recovered a further 12s to eventual polesitter X44s.

Other notable on-track stoppages stymied the running of the Andretti United and Acciona Sainz entries.

Andretti United team principal Roger Griffiths, when asked by Autosport, attributed the shutdown for driver Timmy Hansen to a heavy impact that caused a mechanical failure and a subsequent delay before the car would reset.

Two-time World Rally champion Carlos Sainz Sr told Autosport that a nosedive for team-mate Laia Sainz had buckled the front guard which had then broken a pipe.

That caused a water leak in the front motor cooling system and forced the retirement in the Saturday morning qualifying session.

All three teams missed out on places in the semi-finals.