Extreme E drivers have defended the series against allegations of being ‘tone deaf’ in its environmental message after X44 driver Sebastien Loeb clipped a lake while racing in Greenland.

The nine-time World Rally champion kicked up spray as he touched the water’s edge when he dived past the Veloce Racing machine of Stephane Sarrazin for position in the first semi-final of the Arctic X-Prix in Kangerlussuaq.

The Extreme E twitter account shared a video of the overtake, which drew comments saying the move was at odds with the championship working to promote sustainability.

The championship’s defence against its detractors has been threefold.

It maintains that races are only held in locations already damaged by the climate crisis, that widespread TV deals attract larger audiences than most documentaries on the environment, and the series is conducting research and ‘Legacy Programmes’ in each country visited to benefit the environment.

JBXE driver Kevin Hansen then responded to the question of whether Extreme E could be accused of being “tone deaf” by calling out its sceptics and saying they are “a bit simple”.

The Swede replied: “The people that ignore it are actually the problem.

“It's true that they don't understand, then we have to do even harder work to make sure they understand that it's a crucial time in the world.

“We all have to continue sharing our story here and show everything that we are seeing.

“We're racing in Greenland. It's an incredible location and something very crazy. 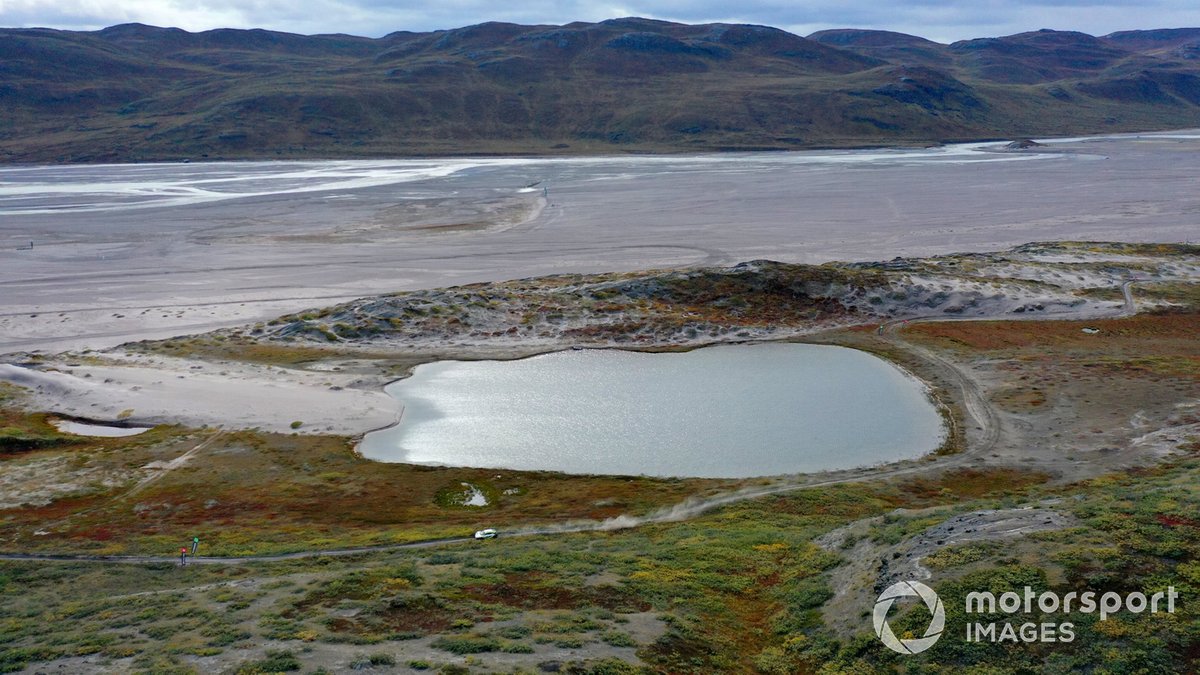 “And if people don't see that, I think they're a bit simple, because to be here is pretty life changing.”

The Arctic X-Prix marked the first-ever international motorsport event to be held in Greenland, although Autosport understands the final permission for the round to go ahead was only given a day before contest opened.

In a separate interview and without a question to prompt him, two-time World Rally champion Carlos Sainz Sr raised that he had been convinced by the work Extreme E is carrying out after his initial reservations.

He said: “Coming here, the message we are sending to everybody in this championship.

“I think we will get more and more involved, and this is the good thing for this championship.

“We should try to send this message.”

Asked about his involvement in the ‘Legacy Projects’, Sainz continued: “It opened my mind in many things, not only my mind, my knowledge.

“This is what I hope we could do with this championship.

“Trying to send this strong message that the people start to follow, to understand, to get certain interest in what is going on with the planet and with the problems we're facing.”