The outfit has a strong track record in sim racing, winning Formula E's Vegas eRace and its $1million prize fund in 2017, and Redline's support team for the iRacing Spa 24 Hours included a race engineer from Formula 2 and Formula 3 outfit MP Motorsport.

Verstappen and Norris have split their time between real and virtual racing for their entire careers, and Duhan expects it to become an increasing trend.

"I see nearly every major upcoming F1 or junior driver coming through the ranks needing to have a sim racing profile," Duhan told Autosport.

"If they're going to reach the top, they need to understand the community and the ecosystem, and they also need to engage with it.

"Once they do - if they're a success - they have a massive fanbase of people that have seen them race before, have raced with them, and that will support them.

"Max and Lando had two of the best junior careers of all time. Simulators weren't that good back in the day, they still had to have that raw ability, but sim racing is a good way of keeping your skills sharp and learning racecraft. 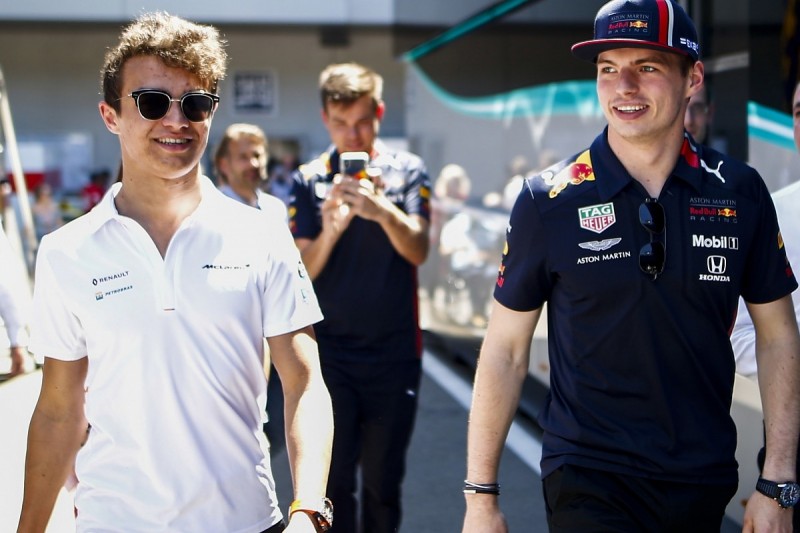 Duhan also believes that the trend of sim racers graduating into real-life motorsport is needed because of the increase in costs to participate.

World's Fastest Gamer winner and McLaren simulator driver Rudy van Buren and Redline's Enzo Bonito have both competed at the Race Of Champions over the past two years.

"All the best talent will eventually come through sim racing, I'd imagine," Duhan added. "It's just so much broader in terms of the user base. It's just about filtering that into motorsport.

"You saw what Enzo and Rudy were able to do at the Race of Champions, which was crazy considering how little they've done in the past.

"It's really what motorsport needs because let's face it, motorsport's just become too expensive to give any sort of hope to reach the top level where you actually get paid.

"Max and Lando are uber talents, super fast in sim racing and real racing, but I'm not sure everybody on the F1 grid is as good, and I'm sure there are sim racers that would actually perform better than them.

"If we want to see the best racing the best in motorsport, things have got to change."