Igor Rodrigues (Fast Racers Forza) and Shaun Arnold (Total Performance Racing) picked up their first wins of the season, but it was Red Bull's Aurelien 'Laige' Mallet who took the spoils in dislodging pre-event leaders Lazarus Esports from top spot.

The Super Final will take place at the re-scheduled Le Mans 24 Hours in September, where the three-driver teams will battle for their share of the $200,000 prize pool.

Round four of the season featured GTE Pro-spec Ford GTs around the virtual Sebring circuit, with a sprint race followed by a reverse-grid endurance race set by championship positions.

Fast Racers Forza, which scored its first podium of the season last time out at COTA, took a surprise pole position for the sprint race ahead of the championship protagonists Red Bull Esports (Mallet) and Lazarus Esports (Tobin Leigh).

FRF's Rodrigues dominated the sprint race, taking a lights-to-flag victory ahead of Mallet and Leigh, with the former reducing the gap from five to just two points in the process.

Arnold (below), whose Total Performance Racing team sits third in the standings, fell from second on the grid to finish fourth, but he atoned for his disappointing first race with a stunning drive in the endurance race. 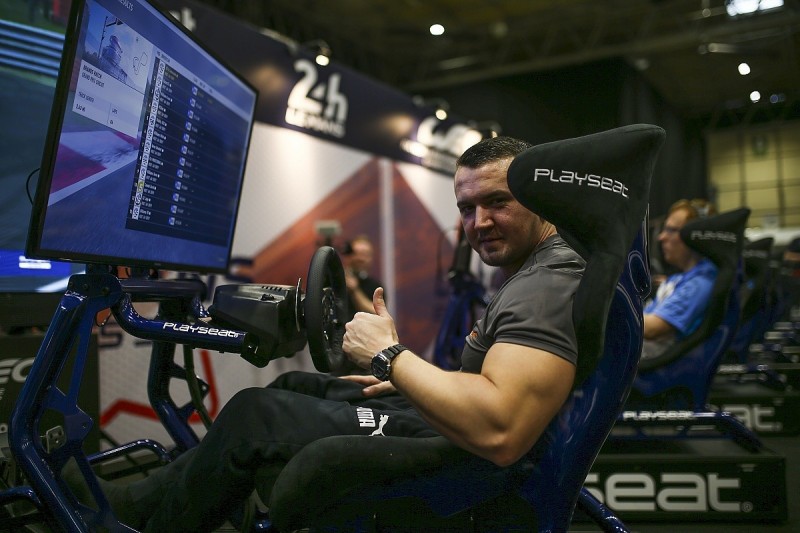 From 14th on the grid, Arnold stomred to second place in just four laps and took the lead on lap five when Kieran Millward (Alien Motorsport) ran wide at Turn 1. Arnold dominated the race thereafter to take his team's first win since the season opener at Le Mans.

Leigh and Mallet made contact on multiple occasions throughout the race as they battled through from the back of the grid.

McLaren Shadow finalist Rodrigues put FRF into the mix, and put two bold moves on Mallet, only to lose out to the Frenchman during the pitstop phase.

Mallet emerged in second place ahead of Rodrigues, who capped off his team's strongest round of the season, while Leigh could only muster fifth, Lazarus' worst result of the season.

This was enough for Red Bull to storm into a 10-point championship lead with the chance to earn the biggest share of the $50,000 prize available for the qualification period.

Virtual Drivers by TX3 were the biggest movers in the midfield having jumped from eighth to sixth place in the teams' standings, the final Super Final qualification spot.

The final LMES round will take place at Spa on April 25.

There's more Esports action on Autosport.com tomorrow, with the first round of Veloce Pro on iRacing at 6pm GMT.