The field for the final round of the Race of Champions' Esports competition, eRoc, has been set - with Formula 1 Esports title winner Brendon Leigh headlining the four contenders

For the first time in its history, eROC was open to all gamers rather than a selected shortlist and held online qualifying events.

Over the course of six weeks the organisers have filed down the finalists to Leigh, Veloce's James Baldwin - winner of December's eROC invitational - Sebastian Job - who raced in Formula Ford in the UK last year - and wildcard entry Nils Naujoks.

The four will now compete in the eROC World Final through PC-exclusive title Assetto Corsa and a real-world element that consists of the finalists driving "a mix of real-life ROC machinery on the Foro Sol track after training by stunt driver Terry Grant".

An RoC statement added that part of the challenge will be "setting a lap with a jury of champion drivers judging them on a range of criteria including track awareness and positioning, car control and outright pace".

The winner of the eROC competition will then join 2017 title-winner Enzo Bonito, now part of McLaren's Esports team, in the ROC Nations Cup, competing for Team Sim Racing All Stars.

Bonito and the 2018 eROC champion will then go head-to-head for a place in the group stages of the individual Race of Champions.

RoC president Fredrik Johnsson said: "We were delighted with the success of the first ever eROC World Final last year in Riyadh - and surprised by how amazingly well the simracers could transfer their skills from the simulator to the realtrack.

"So this year we took it to the next level, opening the competition to everyone on Earth.

"Now we have found the four gamers who will compete next week for a chance to join Enzo Bonito on Team Sim Racing All Stars. 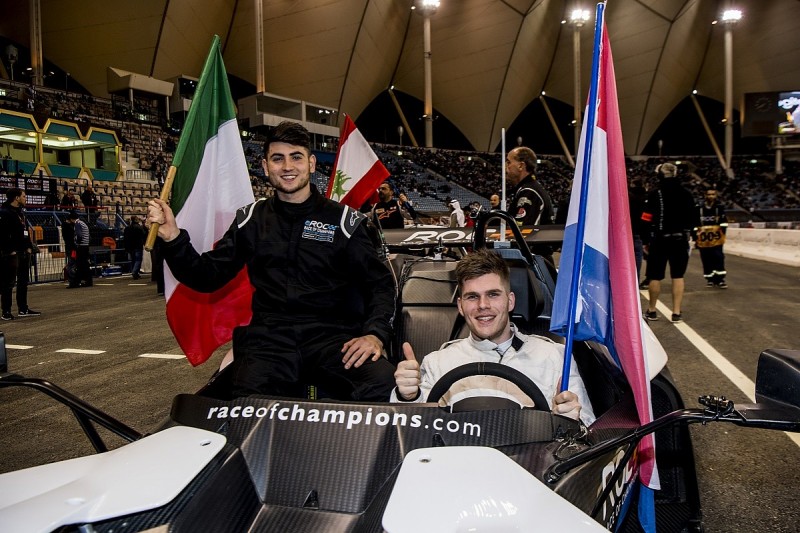 "Enzo triumphed last year so we look forward to welcoming him back and seeing how much progress he's made in the past year.

"This truly is the chance of a lifetime: the winner will race at ROC Mexico against some of the world's best drivers in identical cars."

IndyCar stars Josef Newgarden and Ryan Hunter-Reay became the latest names to be confirmed for this year's event last week.