As we approach the release, now under one month away, more footage of F1 2021 emerges.

The latest trailer highlights the many new headline-grabbing features included in the upcoming Formula 1 title. We’ve covered most of these already in our extensive preview content so far, but this provides our first glimpse at Braking Point, the co-op career and Real-Season Start in action.

Braking Point is a brand-new story-driven game mode, allowing you to progress across three seasons. Starting out in F2 2019, you then progress through F1 2020 and F1 2021 seasons for one of five teams: Racing Point/Aston Martin, Alpha Tauri, Alfa Romeo, Haas or Williams.

There will be a mixture of both on and off-track moments, and as you can see from the brief snipped in this trailer, F1 2019’s Devon Butler returns and in this particular scene, is driving for Haas. We also see several other protagonists, from rival drivers to what looks to be driver managers. 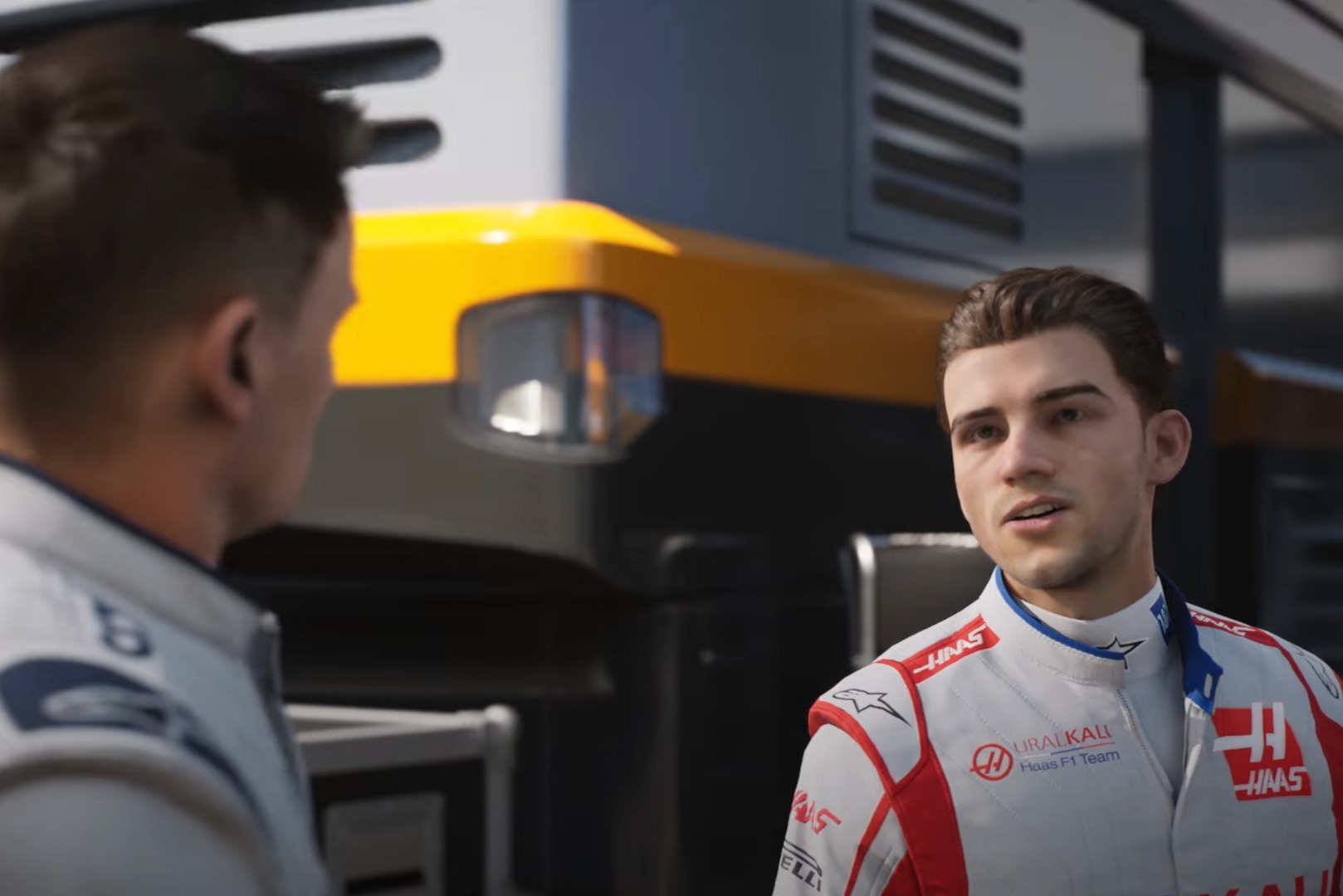 There is no dialogue in this teaser trailer, just the thumping sound of Royal Blood’s Typhoons track, but there are fisticuffs, tense expressions, on-track clashes and even media briefings alongside F1 stars Esteban Ocon and Lando Norris. If this is anything to go by, the three fictional seasons will be drama-filled.

The integration of continually updated information is a key element to this year’s game, with the Real-Season Start feature allowing players to jump in at any point in the calendar that has already occurred with up-to-date standings.

But more than just point standings will be updated, as driver stats will be too, and this also applies to the engrossing My Team mode – adding an extra level of authenticity. 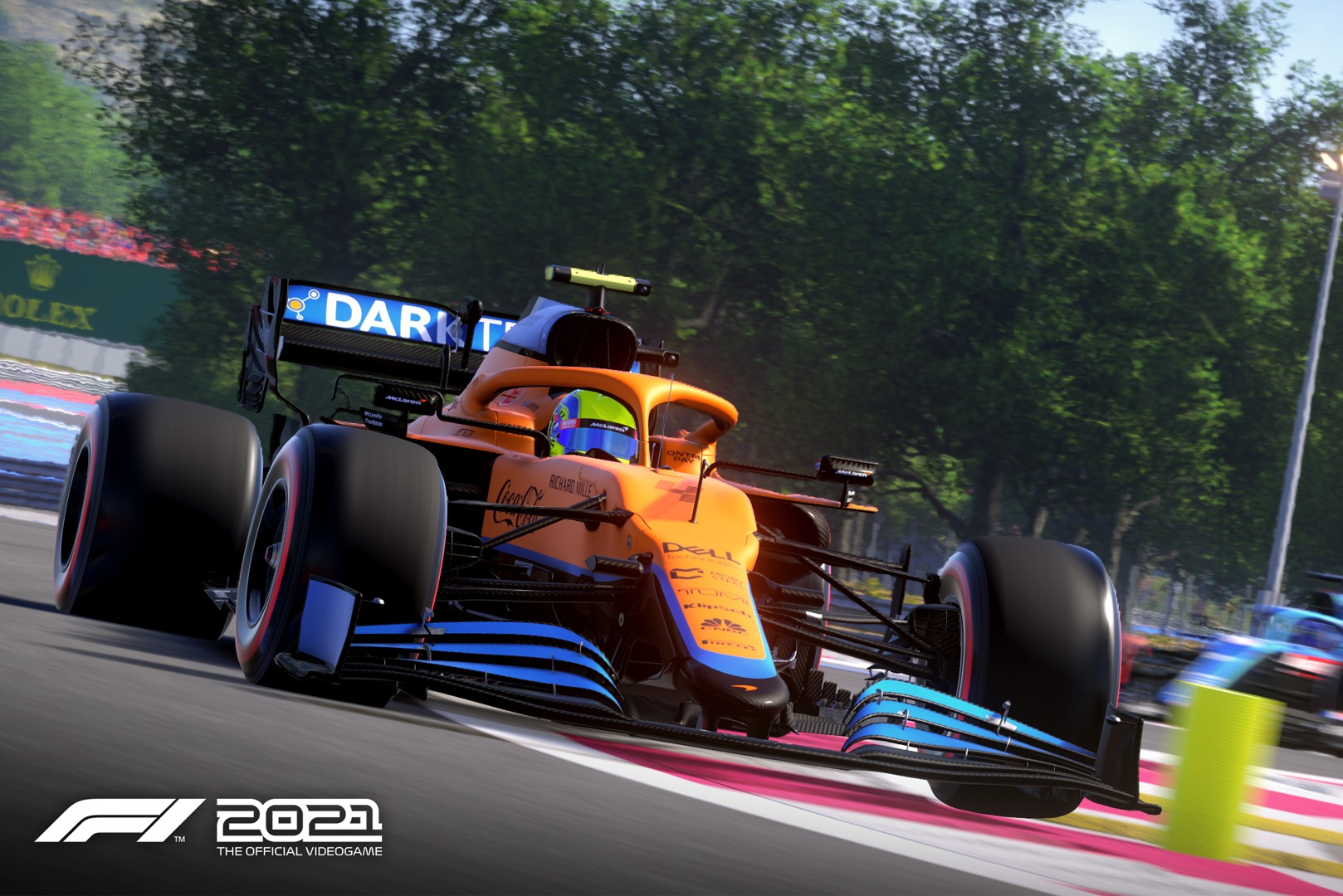 We’ve had online seasons in previous F1 releases, but 2021’s edition features the much-vaunted two-player Driver Career, where each participant can driver for the same team or compete against each other for rival outfits. It should make for some rather fierce contract negotiations too if the on-track racing wasn’t tense enough already.

In this new trailer, we see two players, one driving for Alpine and the other for McLaren, and ultimately their driver avatars end up on the podium together after each securing a top-three finish.

With F1 2021 being available on next-gen hardware for the first time, it features ray tracing in certain scenarios, plus up to 120 fps and 4K resolutions are being touted.

The versions on PS5 and Xbox Series X will also benefit from faster loading times and the improved car and tyre damage models we experienced in our hands-on preview, expanding the number of areas your vehicle can be affected and delivering more realistic punctures. 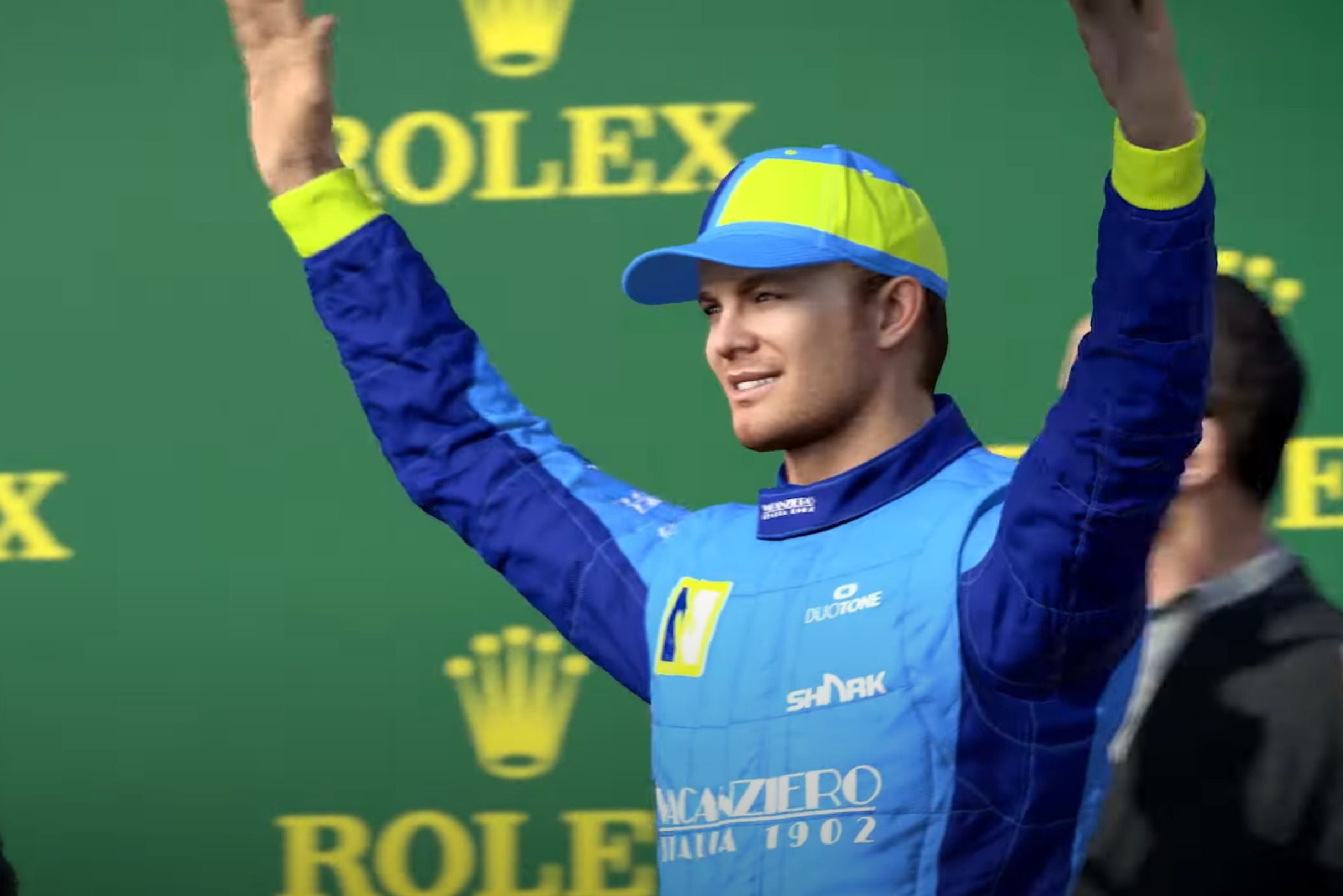 These are just the mainline features, there’s a whole host of fresh additions and tweaks in F1 2021, which is impressive for a yearly release cycle.

The game launches on the 16th July or the 13th July if you purchase the digital Deluxe Edition. Speaking of which, we can now see a first glimpse of the My Team F1 Icons included, as the trailer briefly shows Senna, Prost, Rosberg, Schumacher and Button.

We’ll have more on the game ahead of its release on PS5, PS4, Xbox One, Xbox Series and PC next month.