Williams Esports' Jack Keithley and Dorr Esports' Moritz Lohner took a win apiece at Zandvoort for the third round of the 2021 ADAC GT Masters Esports Championship.

After something of an early summer break, the ADAC GT Masters Esports Championship was back with Round 3 on Tuesday. Moving away from the relatively simplistic Red Bull Ring, the series was welcomed at the tight and twisty Zandvoort Circuit – set to make its long-awaited return to the Formula 1 calendar later this year.

In spite of victories for Jack Keithley and Florian Hasse in Austria, Moritz Lohner still held control of the drivers’ standings. Yet, with the likes of Jakub Brzezinski close behind thanks to his consistency, the two-time champion couldn’t afford any slip-ups.

Qualifying seemingly provided a first stumbling block for the German with his one-lap pace only good enough for P10; hugely disadvantageous given the difficulty of overtaking at this track.

It was his compatriot, Tim Jarschel, who would make it three unique polesitters for the Sprint Race. Up to this point, the young MRS driver had seen a chequered start to a campaign crying out for calm.

Keithley looked strong once more joining Jarschel on the front row with Siggy, Nikodem Wisniewski and Alex Dornieden rounding out the top five. 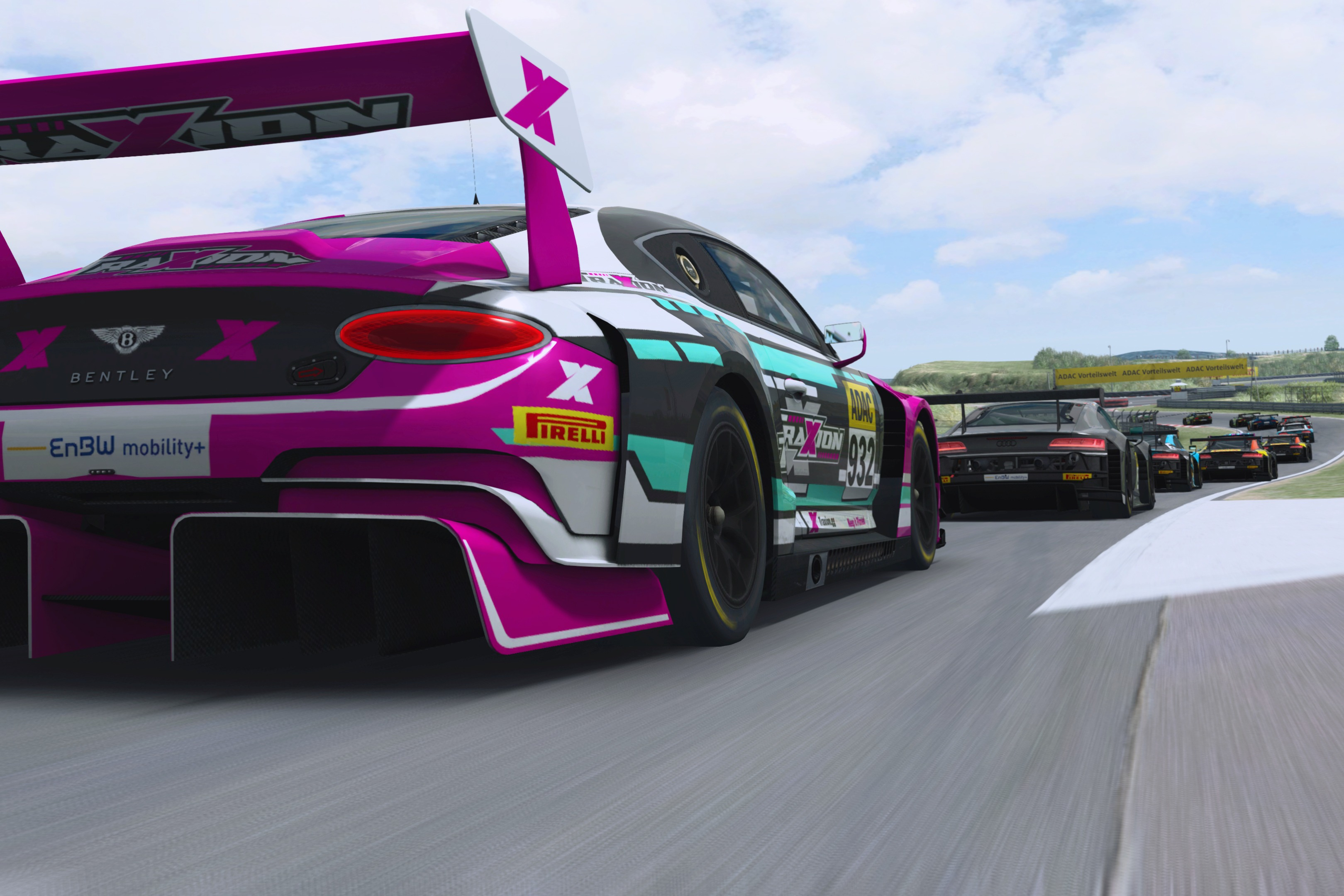 Every Sprint Race in 2021 has started with drama and for the third consecutive time, it could be witnessed front and centre.

Under immediate pressure from Keithley, Jarschel overcooked Tarzanbocht and gave up first place to the British driver. Just two corners later, calamity as contact with Kevin Siggy sent Tim spearing into the outside wall and well out of podium contention. Wisniewski slipped through the carnage to stake a one-two Williams formation at the head of the field. 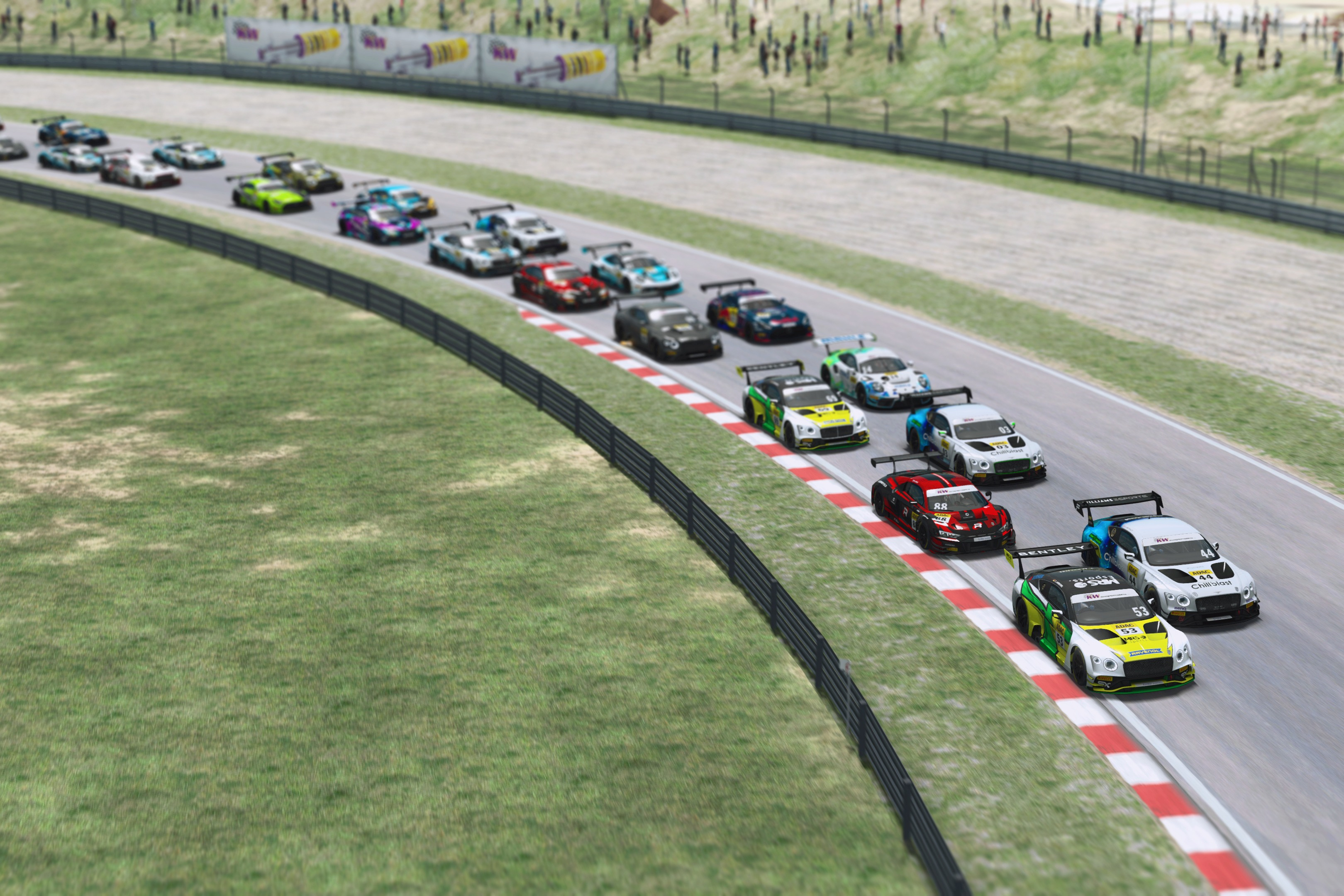 A highlight of the entire event was the gargantuan tussle between eighth-placed Lohner and Red Bull Racing’s Nestor Garcia. Both with their elbows out, the Spaniard was able to dampen the charge of the championship leader for a full lap before the German finally made a place up.

Further up the road, Siggy’s overwhelmingly better pace finally pulled through as he retook second from Wisniewski into the first corner. Pulling away, the Slovenian would have seen the Polish driver fall back further to fifth, serving a penalty for inciting the Siggy-Jarschel contact on the first lap. 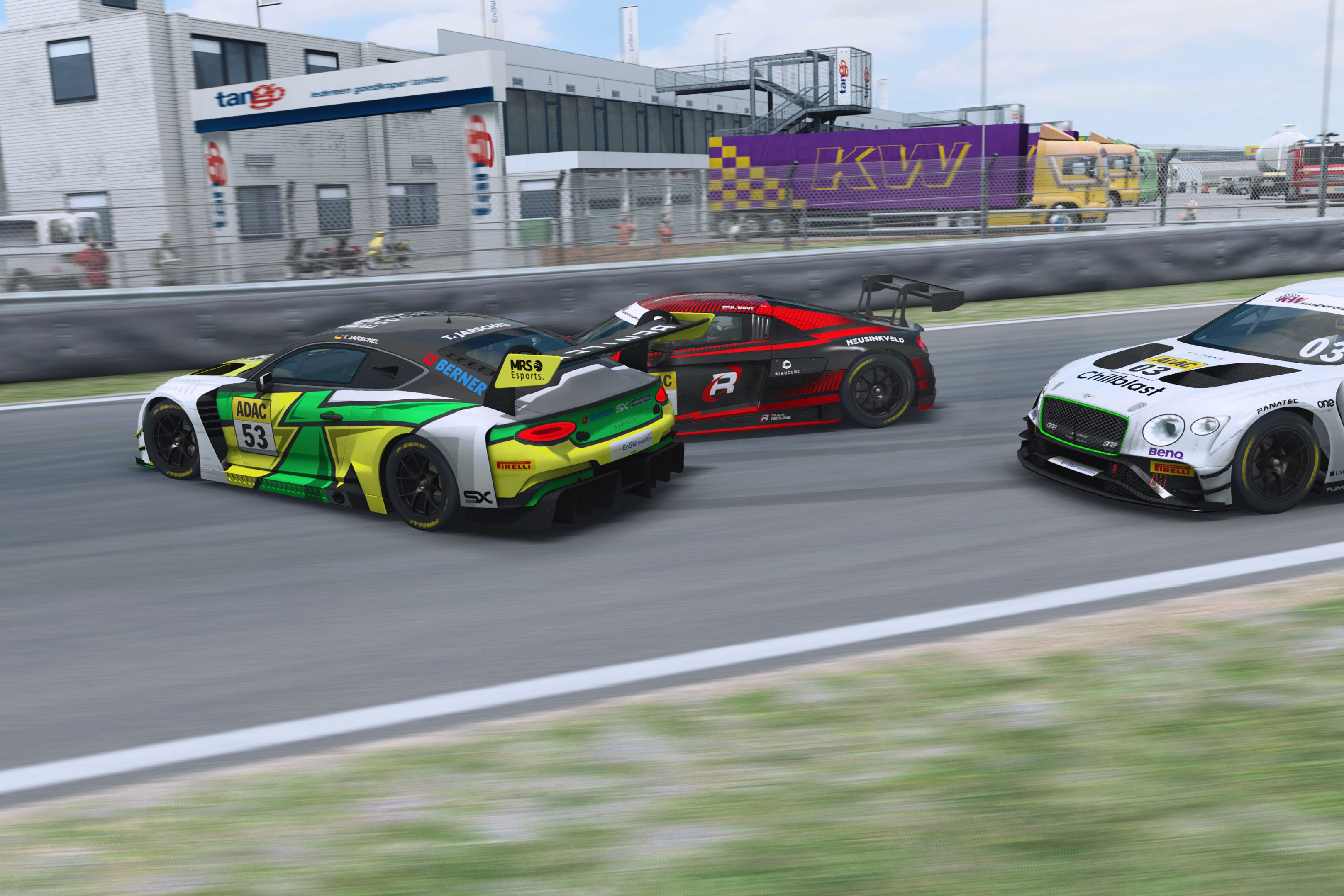 Lohner’s new target was fellow Porsche competitor Marko Pejic who had seemingly resolved his rolling start issues from the first two rounds of the season. In a rare mistake for the two-time champion, however, Moritz would be caught out in the braking zone; bumping Pejic before being tagged by Garcia. The German would face the right way again but only after he had fallen to 12th and outside of the reverse grid places.

That said, Lohner’s spirit was undiminished and after a courageous final few laps, he had struck reverse grid gold with 10th place and pole position. At the front, Jack Keithley would cruise home to become the first driver in 2021 to claim two victories, with the podium rounded out by Siggy and Dornieden. 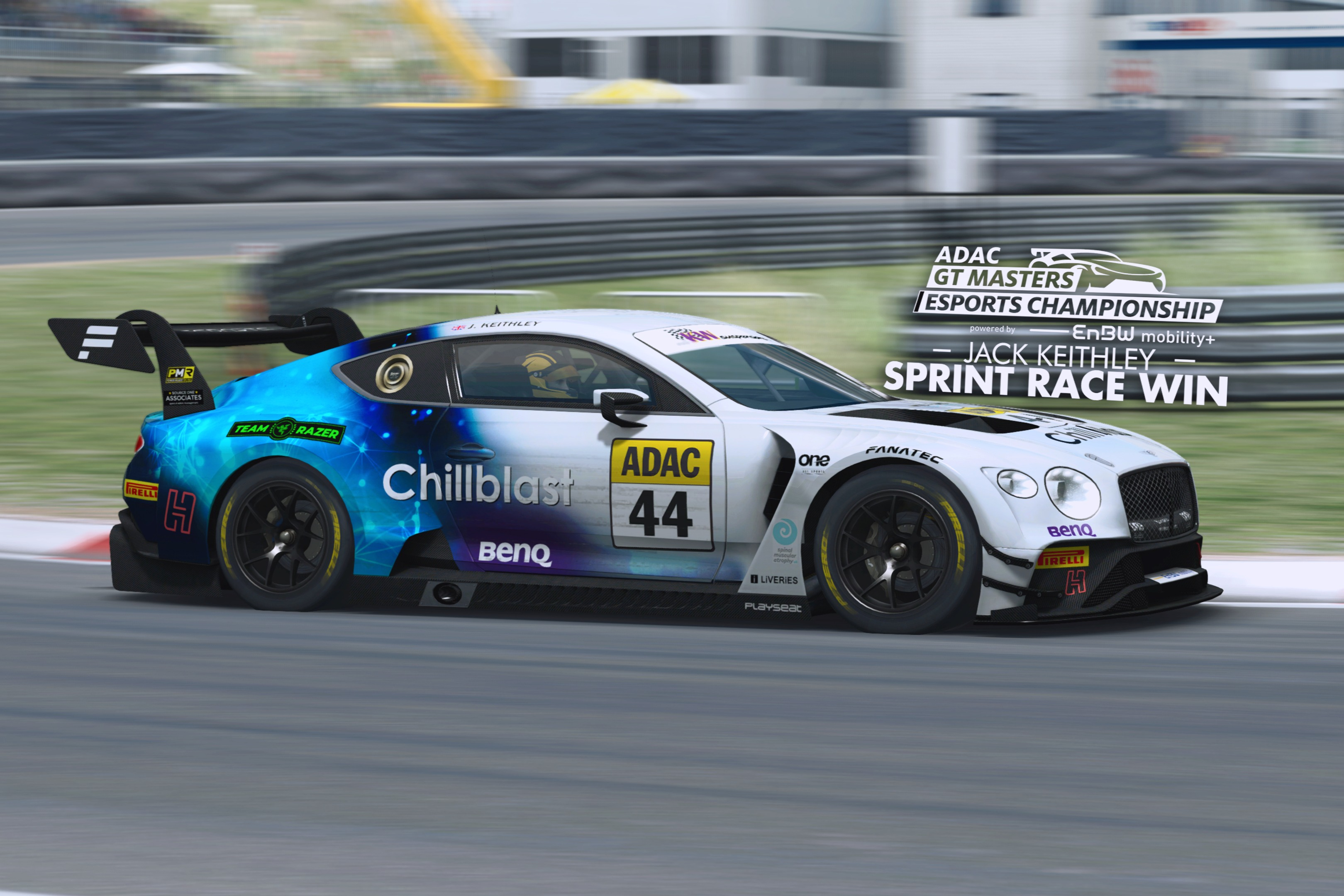 The GT4 category appears to be becoming a three-man show with a near-repeat result in qualifying as of a month ago. Emre Cihan was once again on pole position with Adam Pinczes and Alessandro Ottaviani joining him in the top three.

Even a hugely entertaining race could not change the way the wind was blowing as the Turkish driver found himself with another win in the second tier. 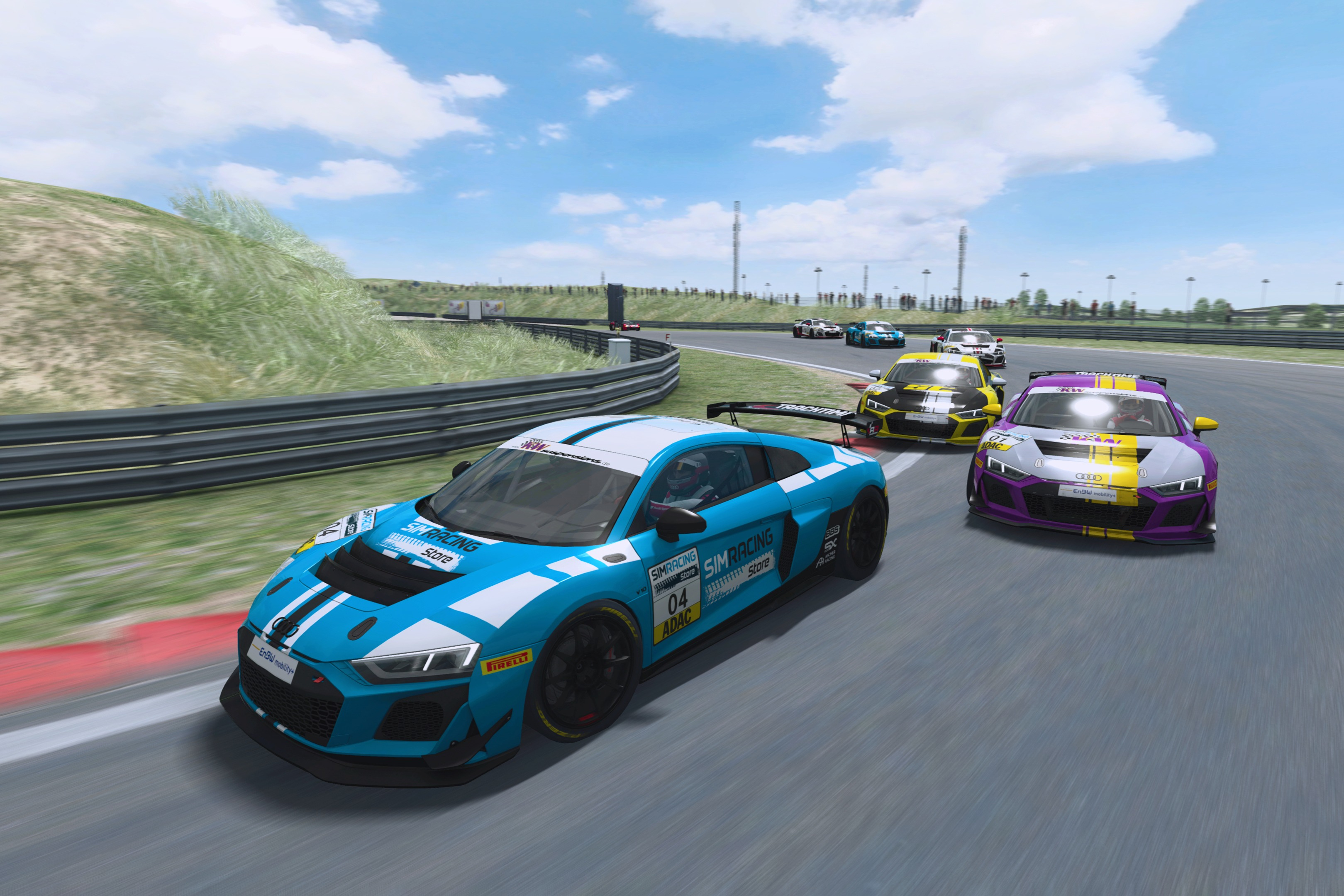 During the GT4 event, a decision had been taken to hand Garcia a post-race penalty, thus removing him from the top ten and promoting Jakub Brzezinski to pole position for the Feature Race.

A much cleaner start was a sight for sore eyes – as was the fantastic overtake that Lohner performed on Brzezinski to take the lead of the race on lap 1. After a strong challenge around the outside of Turn 1, the two ran side by side before a sensational launch out of Hugenholtzbocht earned the German his just reward. 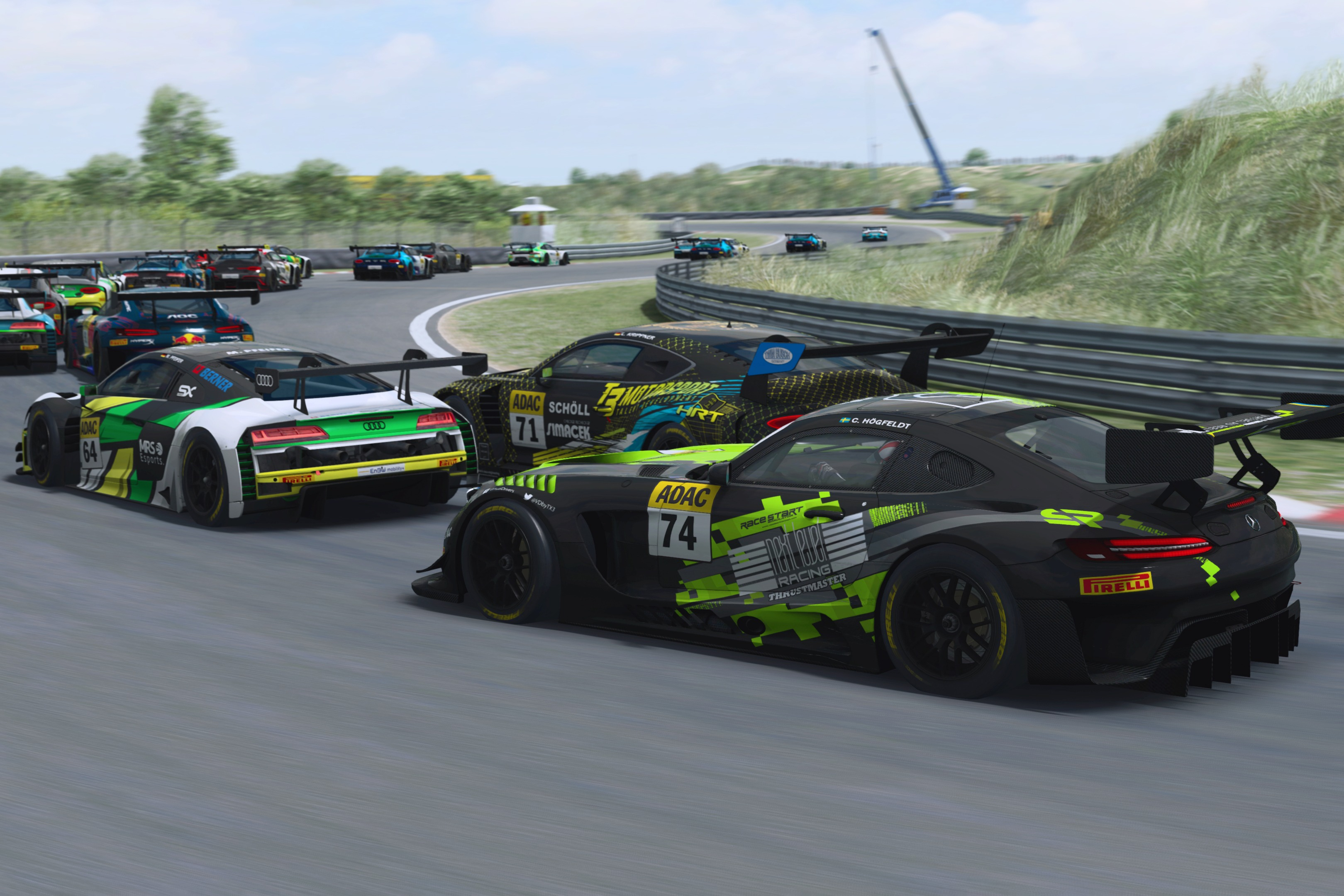 In his best attempt to mimic a Jarno Trulli Train, Marc was able to form a ‘Gassner Gaggle’ with the opening minutes of the race seeing a line of cars astern from third down to 24th. Though most were well-behaved in the tediously formed line, there was a little bit of miscommunication as Pejic half-spun at the Audi S chicane, dropping a position to Isaac Price who was having his best round of the season thus far.

Unfortunately, during a late call to pit, Pejic wouldn’t have the chance for redemption as he dropped out of the race – quite literally.

The threat of the undercut was well understood around Zandvoort, hence a few took the gamble to pit at their earliest convenience. This group included the likes of Lohner, Wisniewski and Dornieden, the latter two eager to escape the crowd for some clean air. It worked a treat for the Williams driver as he was able to jump Gassner into the net podium places. It worked even better for the Dorr Esports man as Brzezinski was left for dust on the pit exit albeit with four laps of fresher rubber. 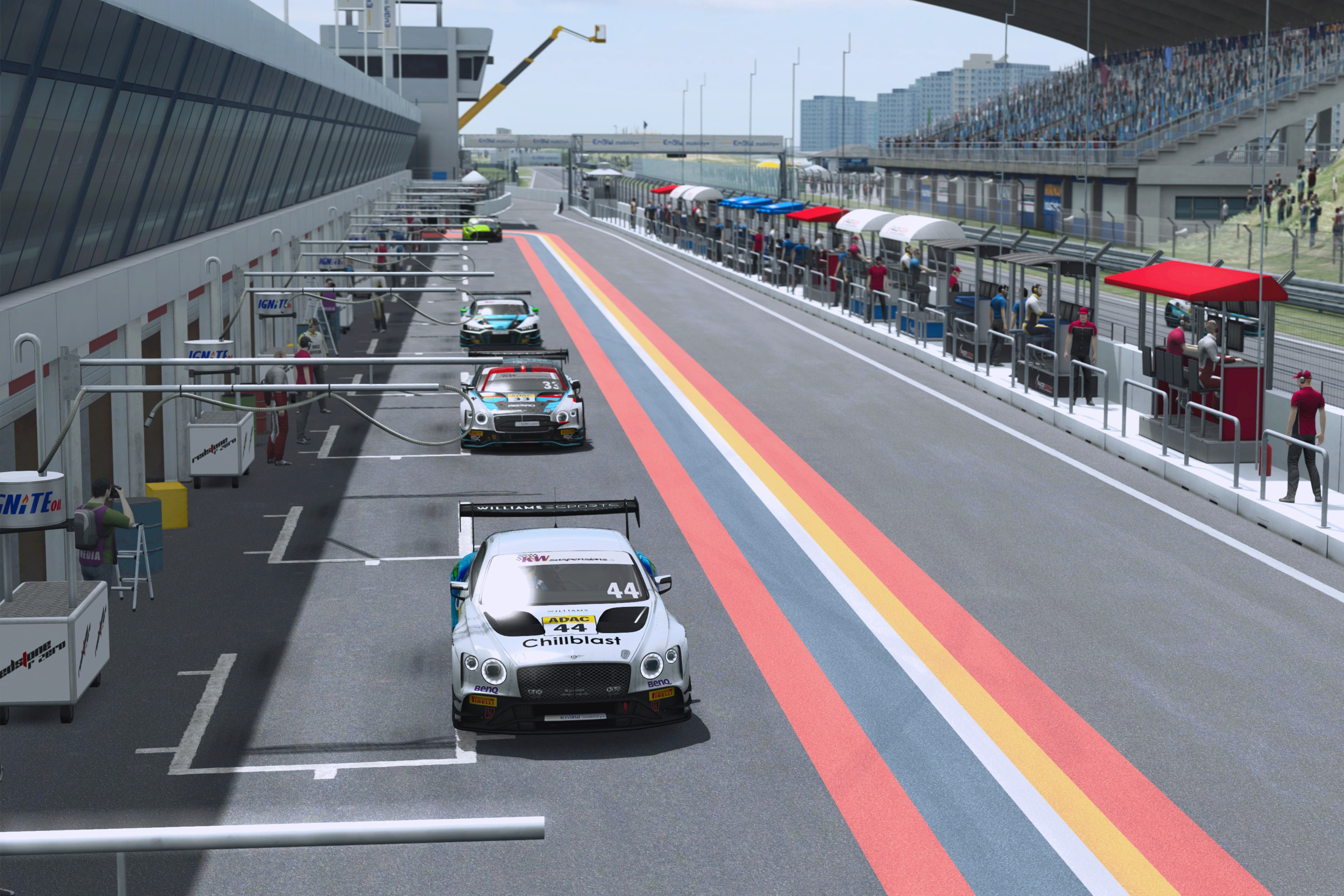 Going the complete opposite way was Price, who went right up to the 15 minutes to go mark before heading to pitroad. Frustratingly for the independent Brit, he would filter out right behind the rear wing of Gassner. Seemingly the owner of the widest Audi in the world, the MRS pilot played valiantly in trying to keep the Bentley at bay, but alas with low fuel and new boots, Price was too strong and took ownership of fourth.

That wasn’t enough for Isaac and now there was something of a personal challenge on the table. Waltzing up to third-placed Wisniewski, one overtake was all that stood between him and not just a first podium of the season, but a chance to get one over his old outfit. Screaming around the outside of the Pole at Turn 1, it all seemed so easy for Price as the move was completed through Turn 4.

The battle for the lead had become tantalisingly close also as Brzezinski lurked and prodded. But using all his experience, Lohner held on to ensure that 2021 would be the year he picked up his most victories in one season – remarkably achieved with only two. 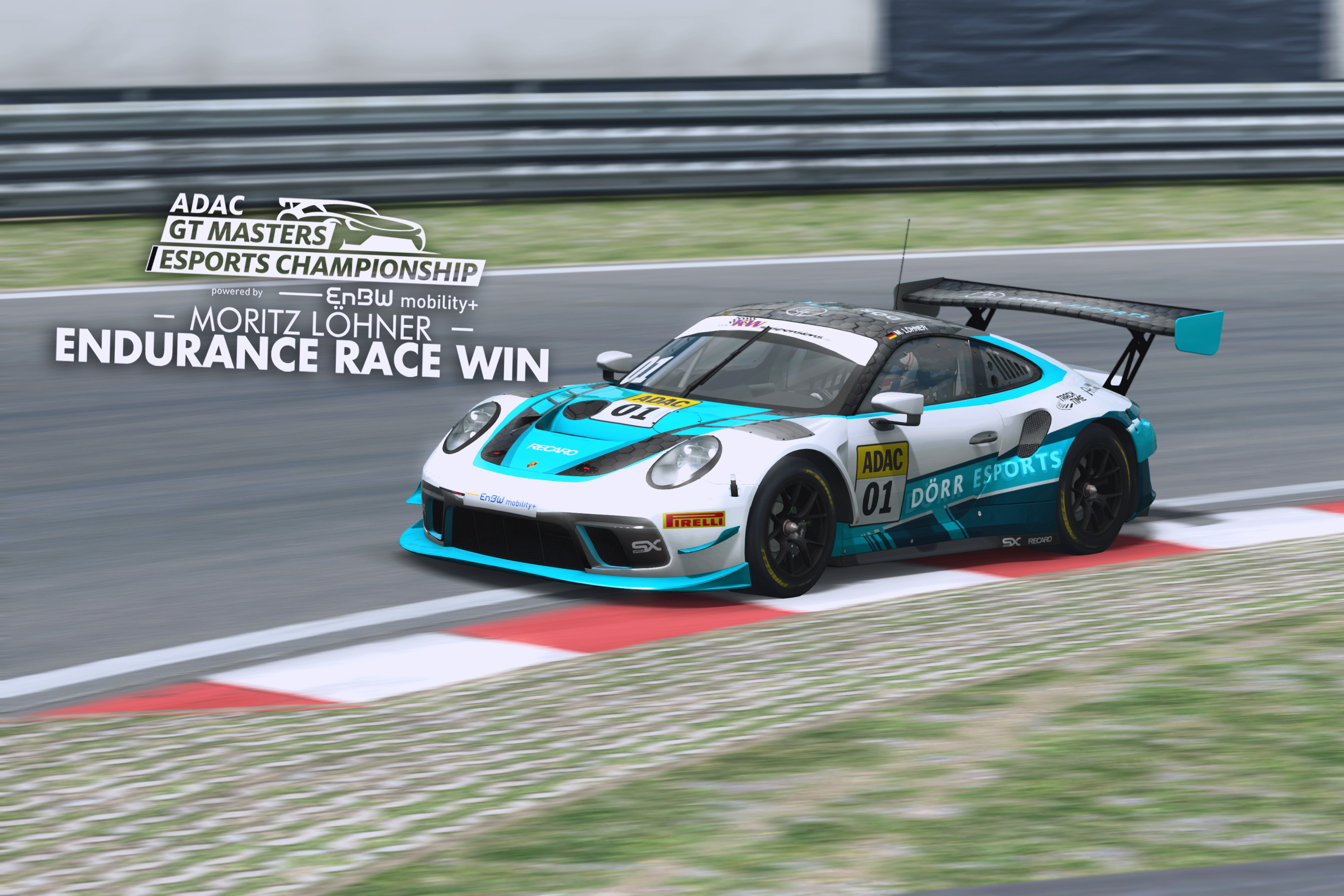 It is another long wait before the ADAC GT Masters Esports Championship returns with Round 4 at the Nürburgring. 3rd August is the date to aim for and as always remember to tune in to the Traxion.GG YouTube channel for your exclusive English commentary coverage.

*Before a post-race penalty