Bono Huis won in dominant fashion at Silverstone for the second round of the Formula Pro Series, but only after overcoming early leader Jeffrey Rietveld.

Formula 1 is giving us a Mercedes vs Red Bull battle at present and if the first round of Formula Pro Series was anything to go by, rFactor 2’s latest top tier championship may very well be giving us another season-long duel between two super teams.

Though Team Redline’s Jeffrey Rietveld took pole position at Spa-Francorchamps, it was Mercedes’ Bono Huis who claimed the chocolates. Many pundits expected more fireworks entering the second event at Silverstone.

It didn’t take long to confirm these predictions as just six-thousandths of a second separated the two Dutch drivers. Rietveld would once again come out on top taking his second consecutive pole position in a row with hopes of converting it into a win this time around.

Their team-mates weren’t too far behind with Kevin Siggy and Marko Pejic lining up P4 and P5 respectively, though it was the eye-catching performance of R8G’s Erhan Jajovski that put the most smiles upon faces as he split the top two in the championship. 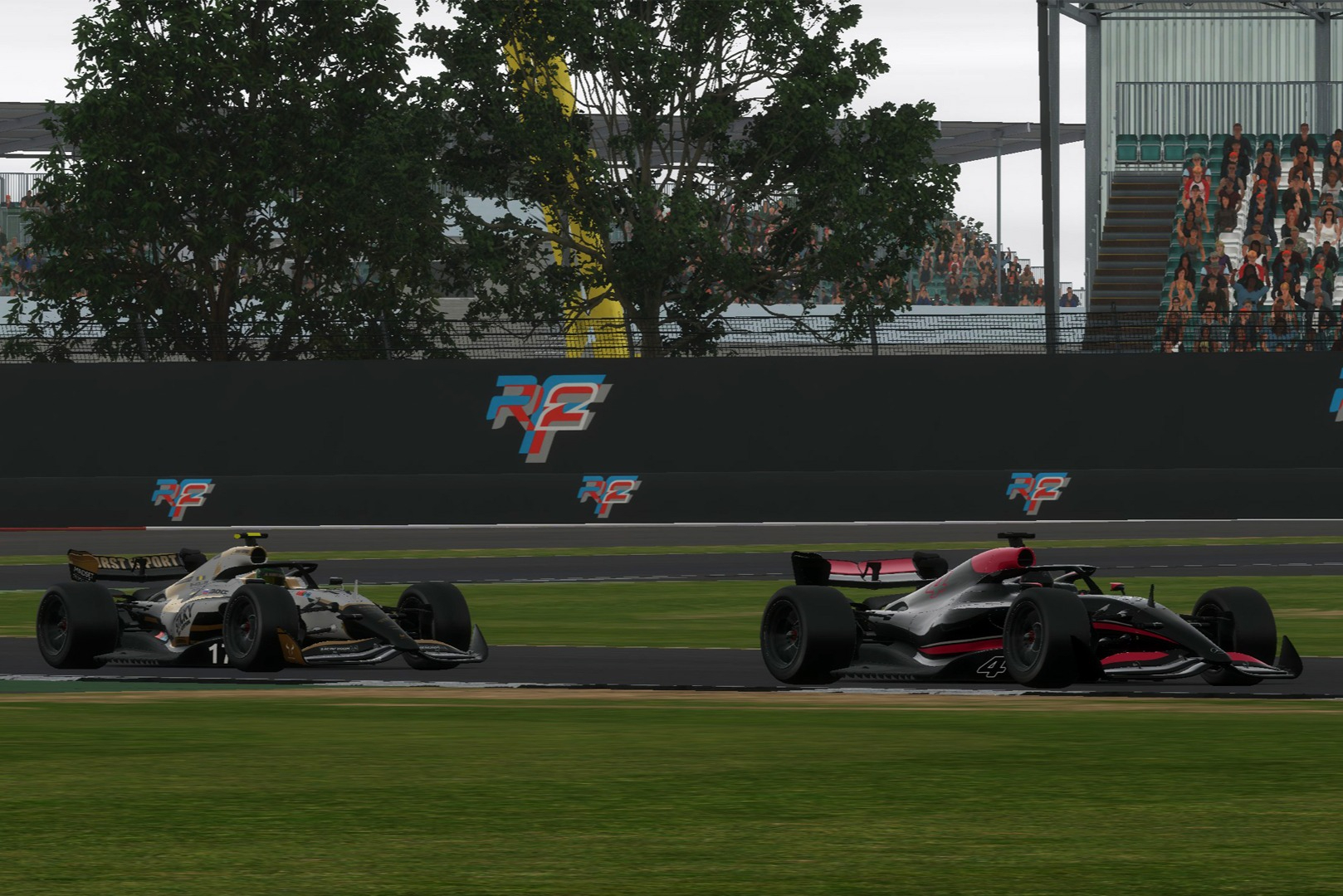 Martin Stefanko took his bow for Williams Esports with an impressive P6 whilst it was another good day at the office for Varga Esports; after a double top ten in Belgium, both drivers found themselves there again for the British starting grid.

Liam de Waal’s Wolves honeymoon was seemingly over though, sadly crashing in form to a lowly P18 by the end of the session.

All things considered, the first lap was a relatively calm affair for the top ten with the major moves seeing Pejic getting the jump on Siggy and Stefanko falling down the order to ninth. Rietveld had done everything right and opened up a one-second gap to Huis behind. 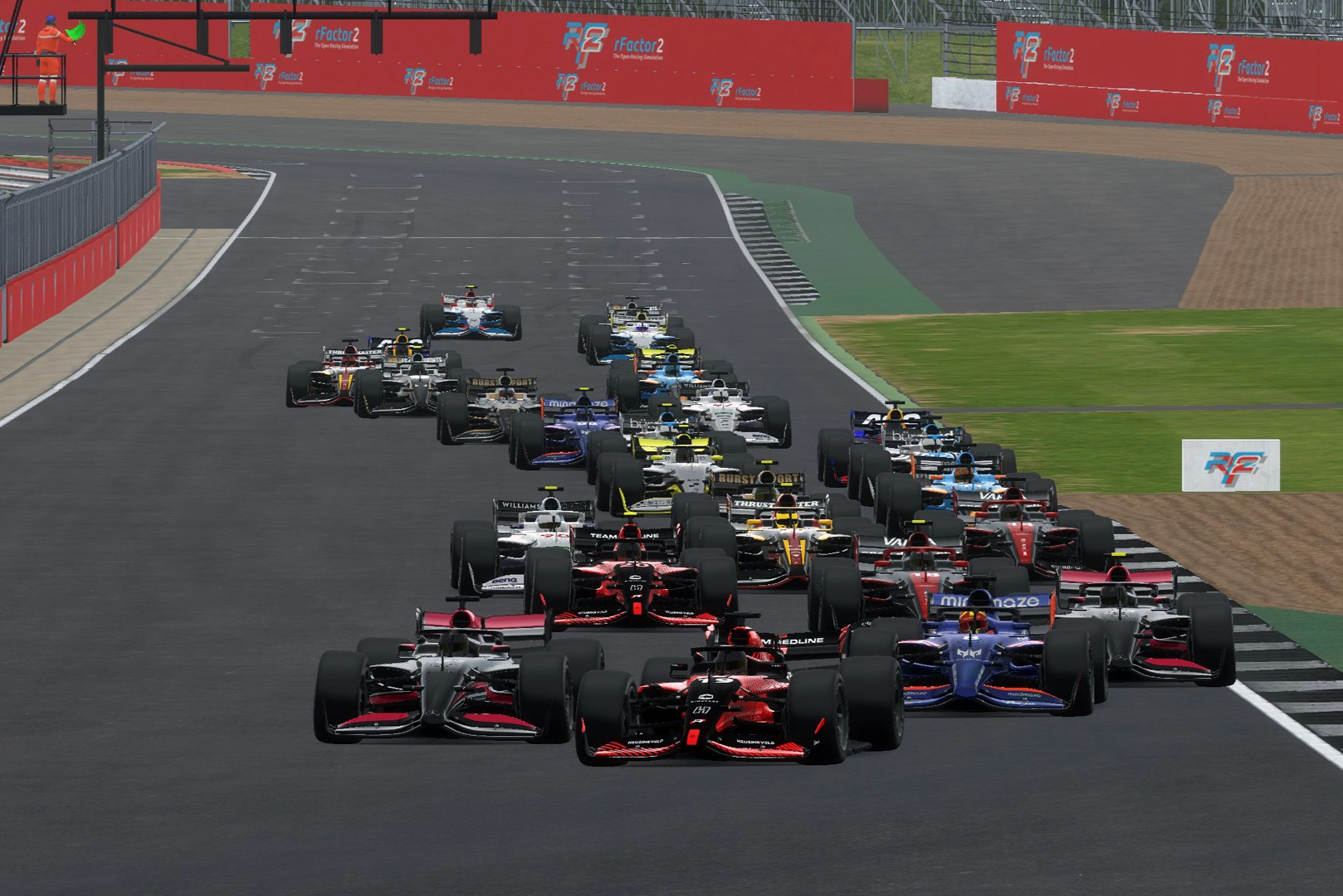 Sadly, lap two would see the first retirement of the evening as Musto’s Manuel Biancolilla disconnected from sixth.

The top five bolted with superior pace extending their advantage from the rest of the chasing pack to roughly five seconds. At the rear of this group lay Siggy though, after pouncing through the Arena section, he was soon past Pejic.

The pace was there for the Slovenian to have a real go at Jajovski next, but the old GT Pro Series rivalry got too hot to handle. Contact midway into Brooklands saw Pejic skip by the pair of them while the North Macedonian had to settle for 5th. 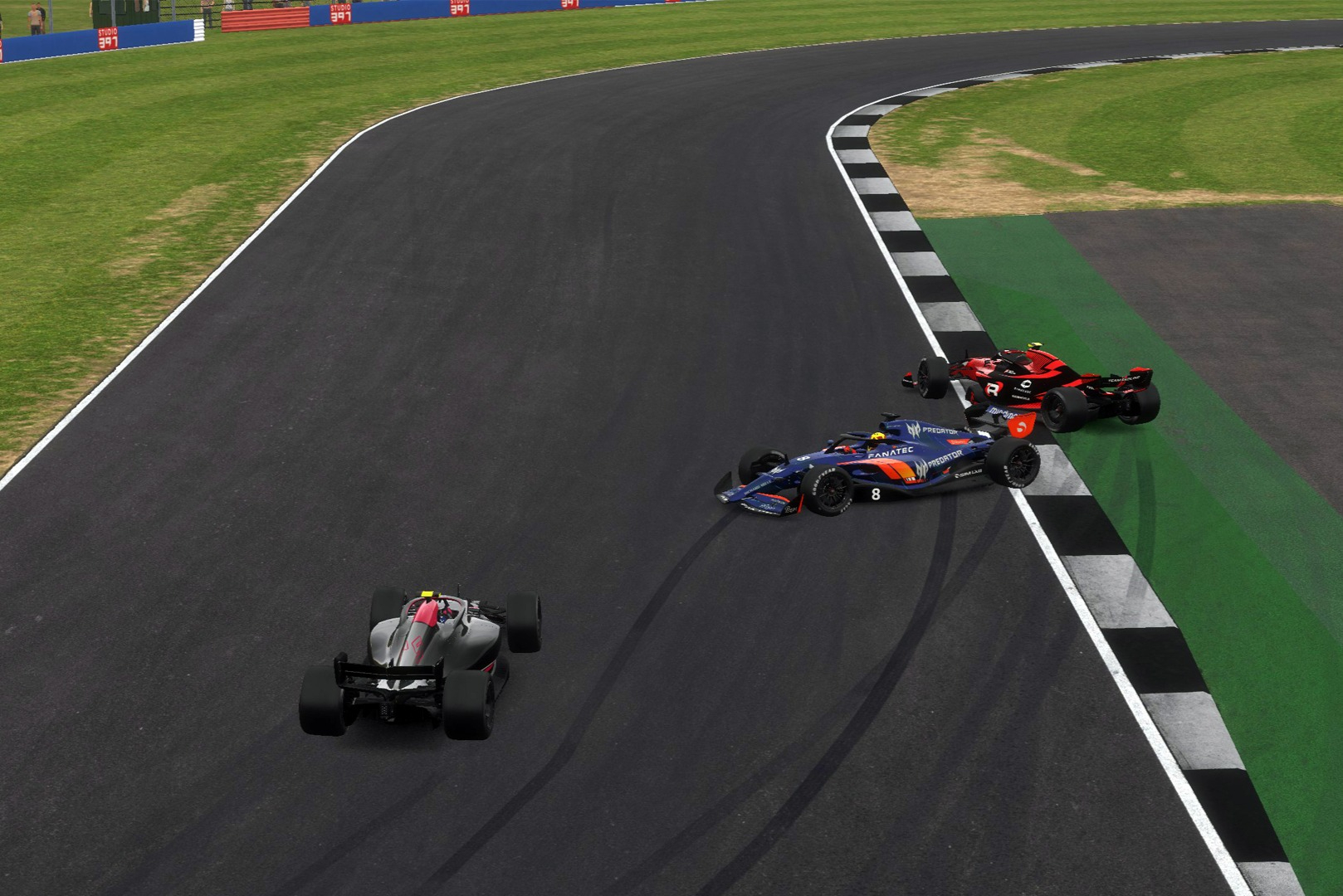 A two-stop race was undoubtedly the wrong call two weeks ago with many severely limiting their potential results. For Team Redline and Mercedes in Silverstone, this didn’t deter them from sticking to their respective game plans.

Siggy was the first of the front five to pit with 42 minutes left on the clock. Calling the shots ensured he would undercut Pejic. Rietveld meanwhile also pitted before his immediate rival but came out into major traffic allowing Huis to prolong his first stint. 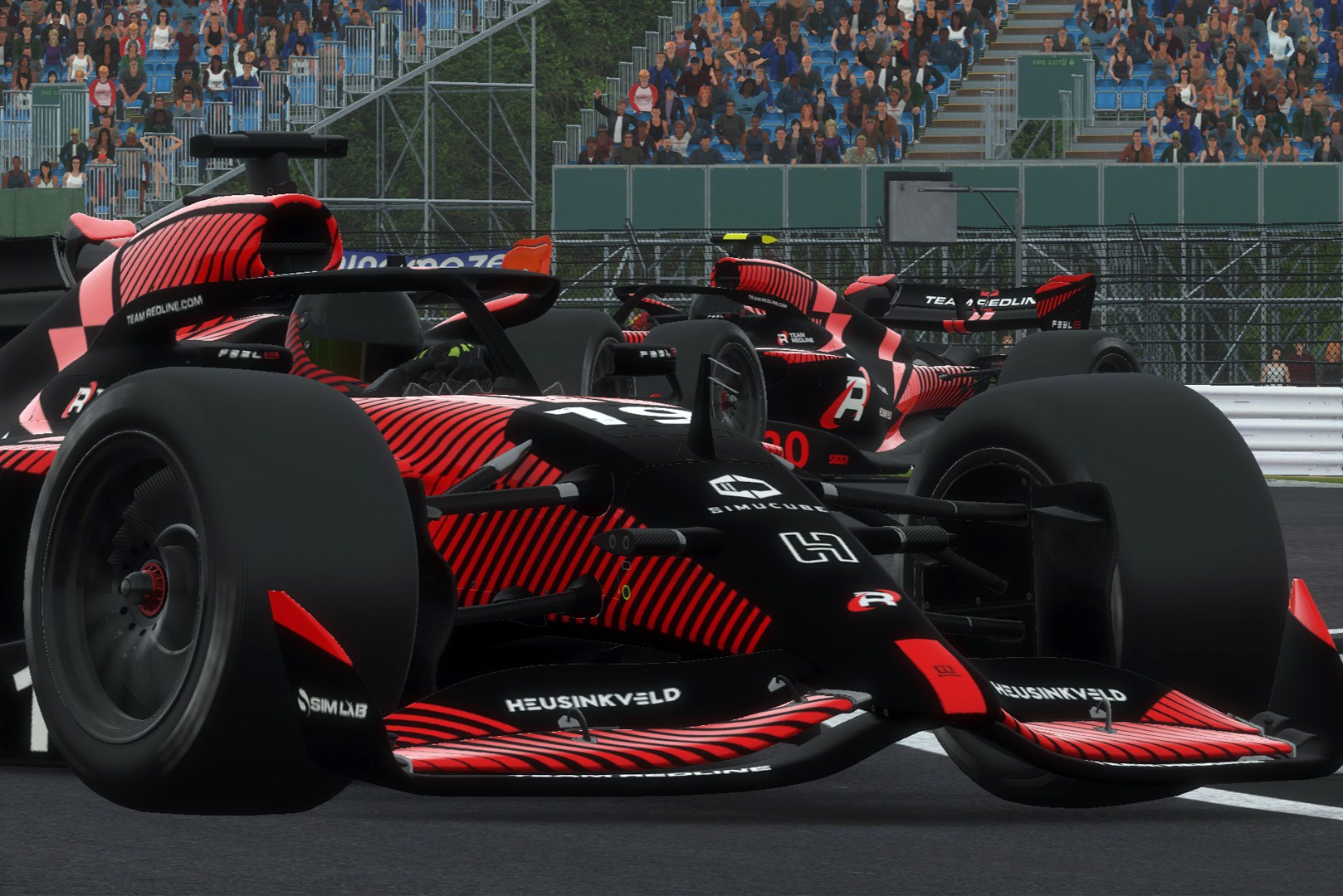 Going ultra-aggressive out of the pitlane, Huis would take Rietveld with just two cars and six seconds between himself and the one-stopping Jajovski. The two stars of the season thus far, along with their team-mates, would eventually find themselves locking out the top four spots after many daring overtakes – some more on the edge of legal than others. With 20 minutes left, it was time for the second stop phase with both Redline cars and Pejic diving in.

Disaster struck for Rietveld who, in attempting to undercut Huis, missed his pitlane limiter upon entry incurring the wrath of the penalty system. Stuck with a stop-and-go, his hopes of winning were well and truly gone. Down in 11th after serving his punishment, the Dutchman had 12 minutes to try and rescue as many points as possible. 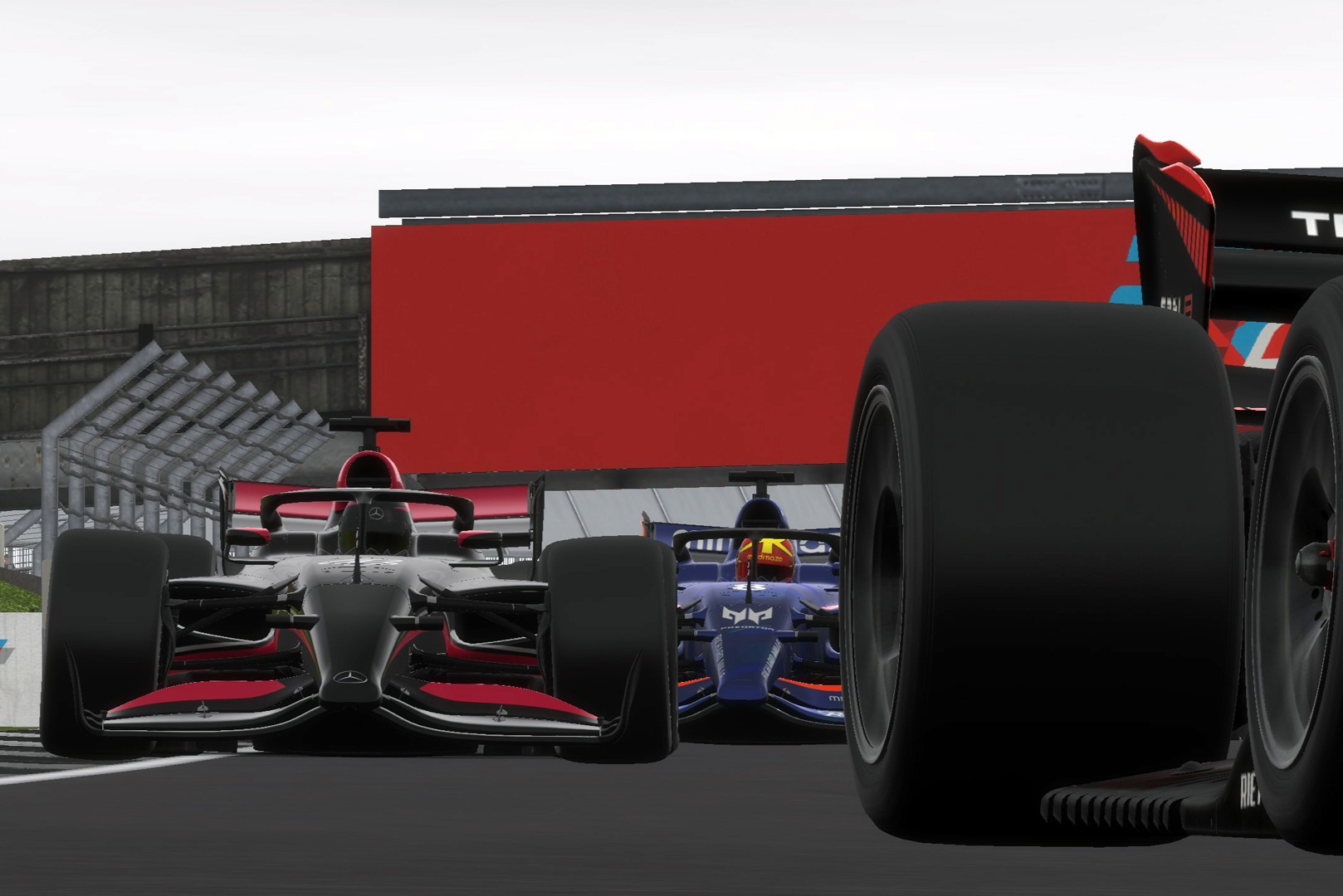 Credit was due as he wrestled his way back up to sixth, even passing Pejic in the process. An ugly incident with Jernej Simoncic, pushing the Burst driver into the inside wall before Copse, might yet see further complications though.

There were no such worries for Bono Huis as for the second Formula Pro Series race in a row he took the chequered flag after starting P2. Jajovski’s strategy paid off, netting him second, whilst Siggy would settle for third. 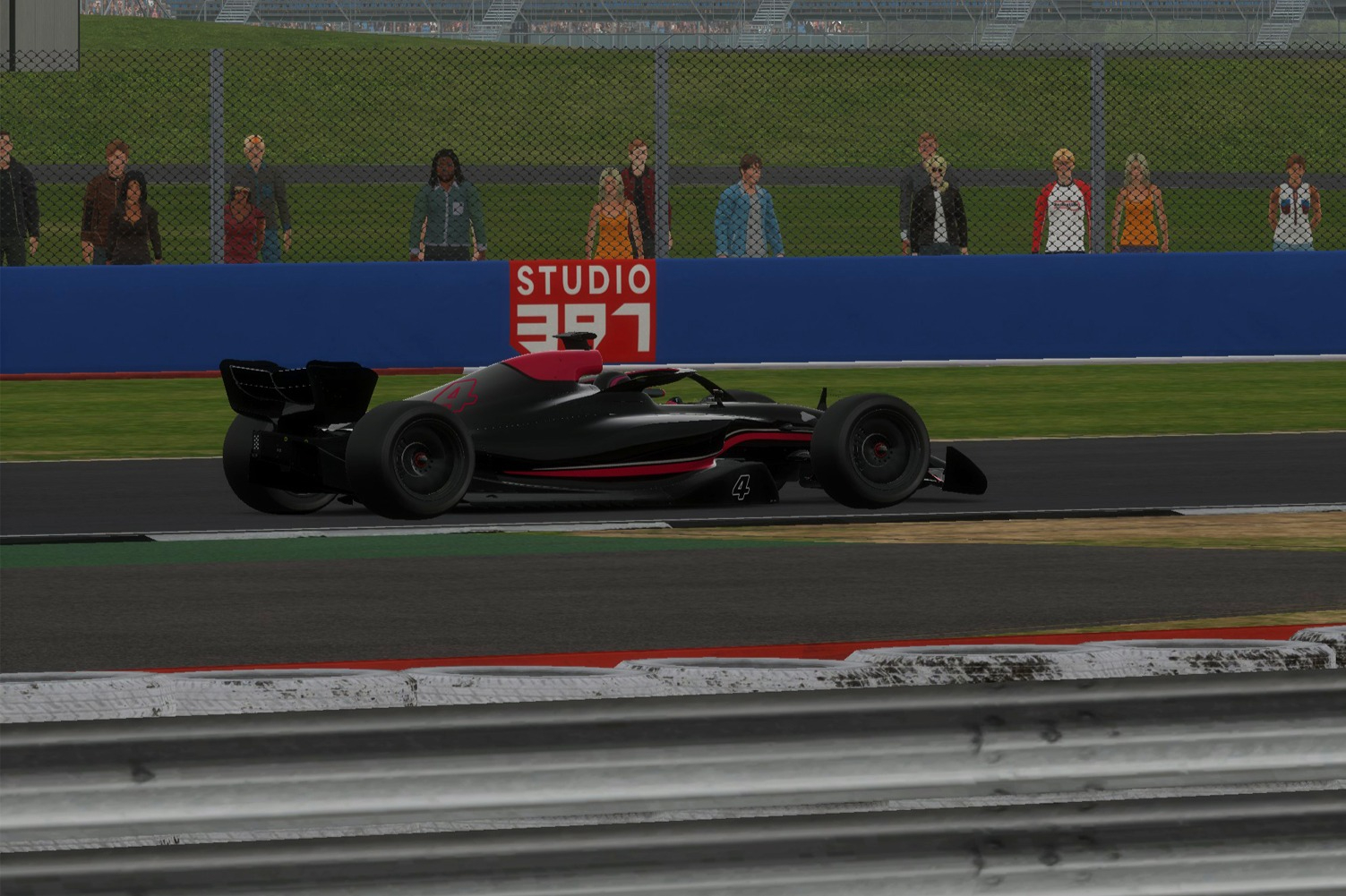 “Happy to get another win! Our pace was very strong again, even with a pretty poor lap in qualifying we were on the front row,” explained Huis.

“We were stuck behind Rietveld in the first stint but managed to overtake him when we were going through the field after our first stop. After that, it was about bringing the car home and taking the second win of the season!

“Very happy but we have to keep working, as the others are closing in on us.”

As it stands, Team Redline enjoying a nine-point gap ahead of Mercedes in the Teams' standings. Not to be discounted, Varga Sim Racing once again had a strong showing with both themselves and Romain Grosjean's R8G Esports team within striking distance of the season favourites.

The third round will take place on 16th August at the legendary Nurburgring in Germany.