Earning a podium on your car racing debut isn't a bad way to celebrate your 16th birthday, just ask Reece Lycett, who took a podium in his first-ever F1000 race at Croft

"I wasn't expecting anything, I was expecting more to be towards the back," says Lycett. "I really surprised myself, my team and my mechanics. This has never happened before in the series."

F1000, previously Formula Jedi, isn't the most glamorous single-seater championship in the world, but it's one of the friendliest and cleanest series in club racing.

It's a wonderful melting pot of young drivers making their first steps in car racing as well as highly-competitive and experienced club racers revelling in their passion.

Lycett started karting when he was a seven-year-old, consistently picking up championships and awards on a national level, and he also spent a year assisting with the development of a karting chassis.

Ahead of his car racing debut, Lycett decided to stop karting earlier this year, to save the money required for a part-time F1000 campaign. At around £24,000 per season, it's one of the most affordable post-karting options. 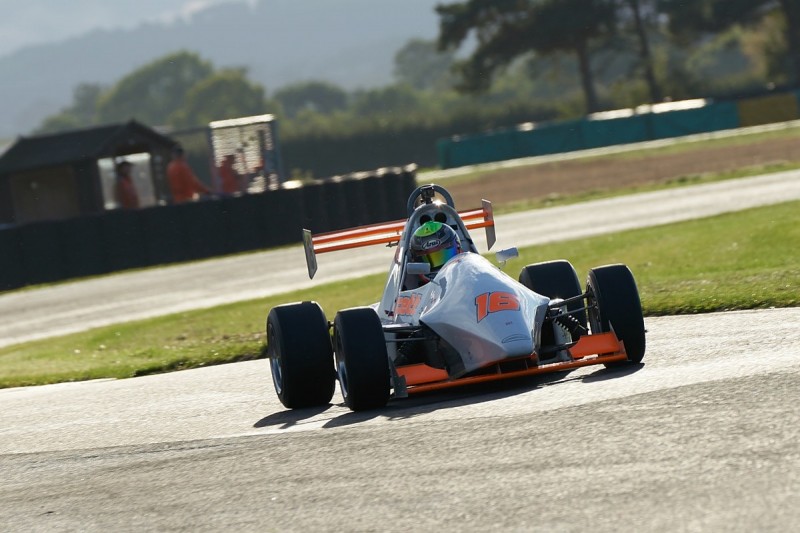 One of F1000's most unique elements is that it has a virtual equivalent on the Xbox-exclusive Forza Motorsport 7 - simF1000 - and it was the crucial key to Lycett's success, reducing the jump between karts and car racing.

"I did my first round and scored a podium, considering I practised for the wrong track. I practised for Miami, but I practised the full track, not the short track - there was probably a section of four corners that were the same.

"The podium was really good for me, then we moved onto Spa, we had a couple of issues. At the start, my wheel wouldn't start. I had to spend 10 seconds calibrating it, which put me 20 seconds behind.

"I still came sixth/seventh from 15th and 20 seconds down. In the last race, I was challenging for fourth, going up to third, and then my internet cut out.

"At Yas Marina, we couldn't find the right set-up for the car. I decided to go back to a set-up which was we used at Spa. It put me on the pace, I came fourth from the back of the grid.

"SimF1000 has prepared me so well for the real thing, spatial awareness and all that."

"Assetto Corsa is pretty realistic too, you can feel every bump in the track, it's not that different to the simulator," Lycett added.

"It's just getting away from the line and pulling off from parc ferme, the bite point on the clutch is so small. You've got to give it 5000 revs, or it will get stuck. F1000 is really fast, the fastest thing in club racing.

"The only difference in this series is the driver. That's the way you want it. It's not like karting, where you could be the fastest person ever, but have a terrible engine and not get anywhere or be the worst person ever and have the best engine ever."

The Friday of the Croft weekend marked Lycett's first driving time at a real racing circuit and despite the wet conditions and he thrived. 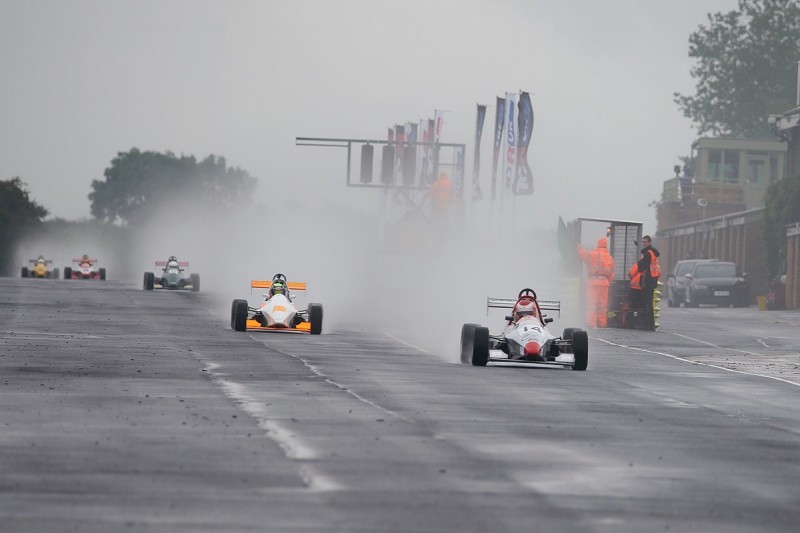 "That was my first time at a race track, full revs on the cars as well for the first time. I overtook quite a lot of the Formula Ford cars, including one of my old team-mates from karting, so that was pretty good," Lycett said.

"The last session [on Friday] was soaking, standing water everywhere. It was the first time I'd ever driven F1000 in the wet, but it went well. Gapping the championship leader on track so hopefully, it rains for the race."

Lycett's wish came true, with changeable wet/dry conditions for both of the opening two races on Saturday.

From sixth on the grid, Lycett carved his way to the front of the field, with far more experienced drivers falling victim to the difficult conditions. He'd risen to fourth on the penultimate lap, driving onto the back of his team-mate Alok Iyengar.

On the final lap, Iyengar spun on the exit of the chicane opposite to the start/finish straight, handing the final podium place to a delighted Lycett.

"It felt good getting the podium considering it was my first ever F1000 race. It was a shame two of my team-mates span," Lycett said.

"I was able to capitalise on what was happening. When I overtook Iyengar, I was really happy as this has never happened before in the series.

"To beat some of the guys, who have been doing it 10 years, that is an insane thing for me. To have some of those drivers come up to me, and say 'good luck' and they were 'really impressed with my driving' - it's a massive confidence boost for me."

Lycett followed it up with fourth place in race two, and seventh in the third and final race of the weekend. 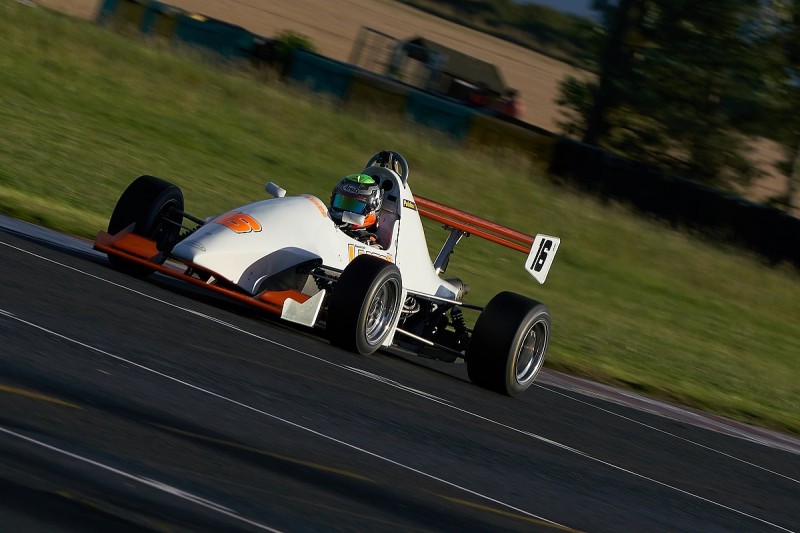 The final race saw Lycett's only noticeable mistake all weekend, spinning his car on the opening lap and dropping to the rear of the field. His recovery, however, showed the depth of his potential.

"Race three - we didn't get a good start with lots of wheelspin and down into the first run we got overtaken by pretty much everyone," Lycett said.

"I managed to make up two places before Turn 3, then carried on around the rest of the lap catching Rob Bailey - got behind him then on the hairpin, I overtook him before the hairpin, and then went in, tapped the brake and the car spun.

"It was a comeback game, and apparently, I was only seventh tenths off the leaders' pace, so it wasn't too bad.

Lycett showed impressive racecraft throughout the race weekend with some brave overtakes which brought him up to seventh place in race three, and also gained him positions in the other two races.

"A couple of overtakes put some people on the edge, pretty scary for some people, but it was safe and more about trust than it was just lunging it up the inside," Lycett said. 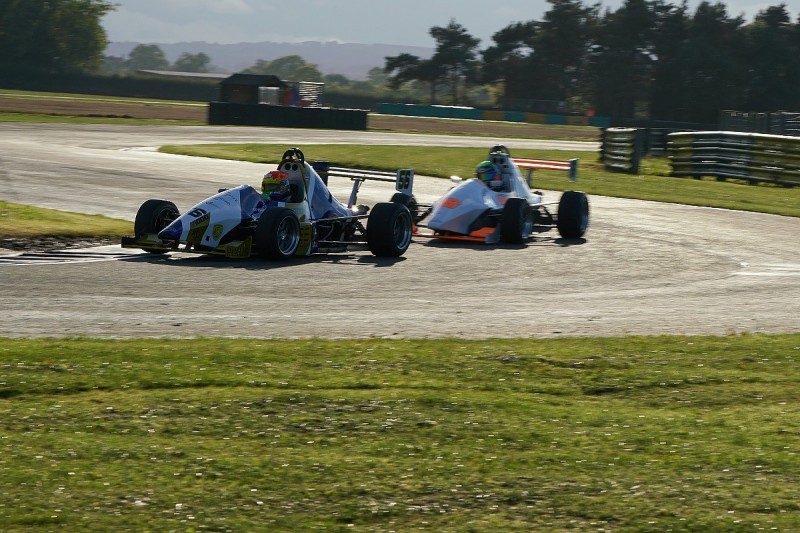 "It was just about showing people, if you try to do this to me, I will fight back and I'm not a pushover. It really helps me with the confidence boost, it really helps and it's what you need if you're going to be one of the top drivers."

As well as seeing out the simF1000 season, Lycett will return to the F1000 paddock for the season finale at Donington - "that should be quite good, everyone knows Donington, it's very good track, very easy to drive, very smooth and I think there will be quite a few people racing there," Lycett predicted.

Like many young drivers, Lycett's future depends on sponsors. He has a unique '2020 vision' sponsor scheme. Companies can give as little as £500 to appear on the car and overalls for a whole season - according to Lycett, the lowest price in club racing.

The participating companies have the chance to earn VIP/complimentary tickets to race weekends.

As for the future beyond Donington, Lycett plans to continue sim racing to keep his racing edge and fulfil his passion, while also exploring his real-life racing options for 2019. A full-season in F1000, Ginettas or Formula 4 is under consideration, but as he joked, he's going to "keep going until the money runs out."

A common scenario for a young racing driver, whose made an anything but-common start to car racing. 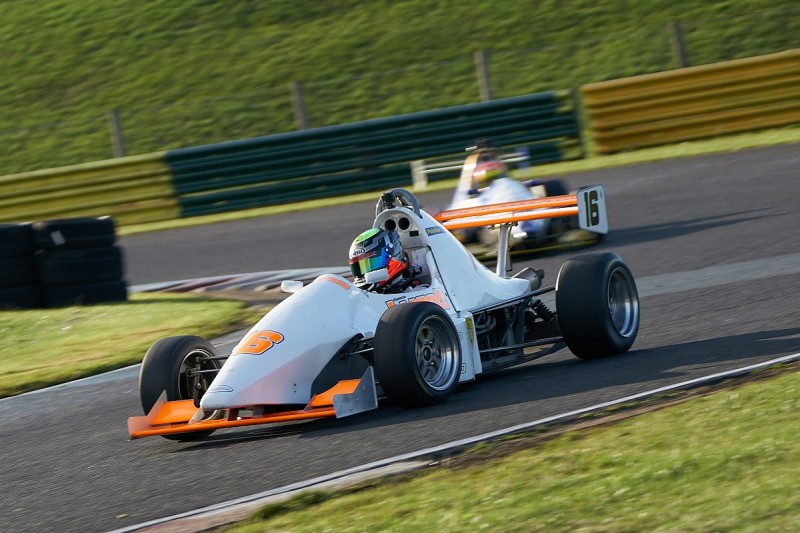