If all goes well, Dakar 18 - the first video game based on the Dakar Rally in 15 years - will launch a yearly franchise. In short, it's hugely ambitious

When you consider its publisher Bigmoon Entertainment has never worked on a motorsport video game beyond artwork for some of the World Rally Championship and MotoGP official game series instalments, scepticism naturally grows.

But the appeal was still apparent the moment the game began to feel real after an odd silence of several months earlier this year was explained away as "not wanting to detract" from the Dakar Rally's 2019 route announcement.

A hands-on experience in Porto earlier this month confirmed that while the scepticism was well founded, there's enough of an experience that embraces the Dakar's uniqueness and its tremendous difficulty to make it a more than worthwhile purchase.

The open world of 20,000 square kilometres is built on the solid Unreal 4 game engine, meaning a good standard of graphics is matched to an environment so big it's required some technical shuffling to fit it onto a PlayStation 4 disc.

That work pays off the moment you climb your first blind-drop dune and creep up to the peak and see swathes of the expansive land including Peru, Bolivia and Argentina's stages under a baking sun. It's genuinely one of the best sights in motorsport video gaming.

That exact moment is also where you will find the first signs of a lack of polish, including a clumsy physics model that doesn't quite match collisions to the environment.

But that pales into insignificance as the game's biggest failing. The excitable game director, Paulo Gomes, is a rallying and Dakar nut, intent on delivering the experience he knows exists in the Dakar. That was embodied in an opening speech that took more than an hour, mostly dedicated to the Dakar's road books. 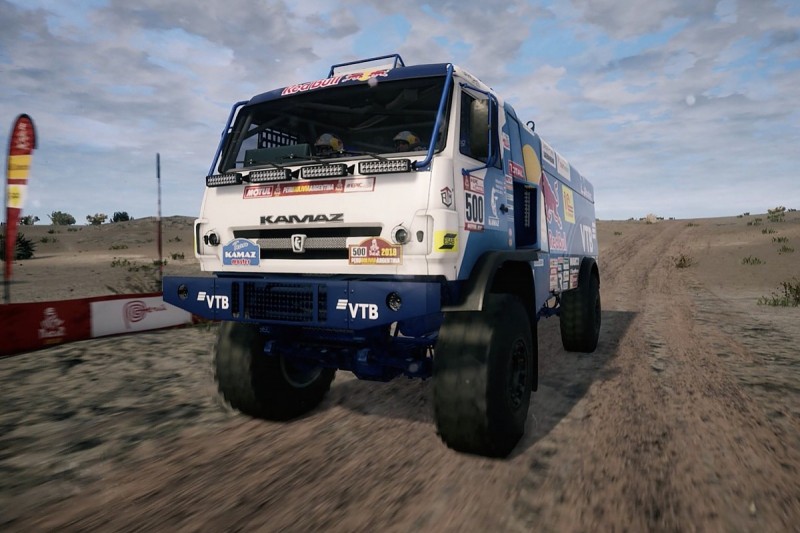 The Dakar's real road book is recreated in the game, detailing coordinates, imminent dangers and the next waypoint as a way of guiding. Dakar 18 will not hold your hand, meaning the system has to be perfectly executed.

Road books are helpful, but your navigator is about as much use as an ashtray on a motorbike. Speaking of which, the two-wheeled machines are largely undriveable on Dakar 18 in its current state.

But the navigator steadfastly refuses to accept the driver taking any detours around tricky terrain or slopes impossible to climb, instead resorting to shouting at the gamer like a lunatic.

After a while, the navigator gets the hump and shouts "you're lost", with absolutely no attempt to help the gamer back on route. The issue is so bad, it means the game simply cannot be played on normal or high difficulty settings.

It takes significant glean off the 14 stages, totalling 30 hours of gameplay, that do such a great job of hooking the gamer in for the long haul.

There was, however, an admittance from the publisher that this navigation system needs work, so it will hopefully be partially improved by its September 11 release date. 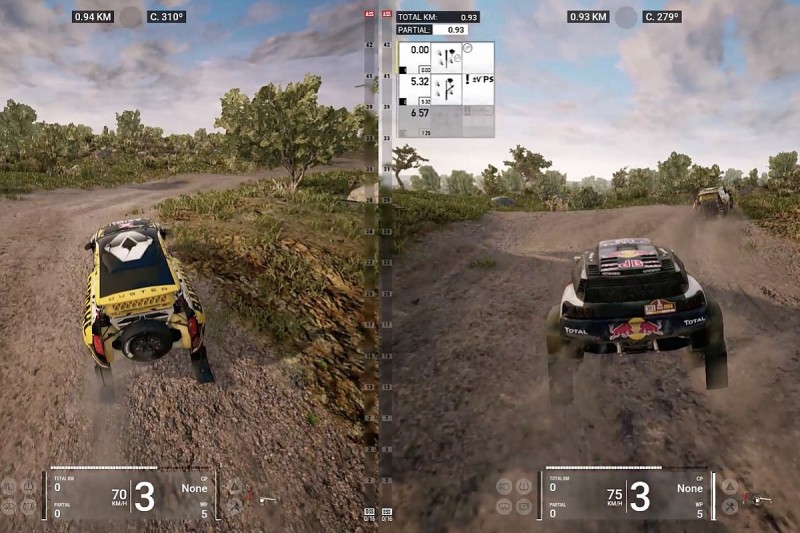 Where the game does excel, though, is in its multiplayer. Bigmoon plans to expand the mode and allow 16 gamers to compete in the rally alongside each other post-launch.

In several hours of playing the game, the most enjoyable experience was taking on a two-hour stage that claimed all but one gamer by the mid-point stage, before he too retired at the three-quarters distance after misjudging a dune's height. Only one player in Porto managed to make it to the third stage of the game.

With all gamers forced into balancing speed, route and damage repairs - managed by credits in the game - it felt as close to competing in the Dakar as a video game could provide, even with gimmicks such as competitors exiting their machine to help repairs.

There's a steep learning curve to grapple with, but those moments make the hours sunk into the game worthwhile.

Yes, it has an almost debilitating flaw in its navigation and there are other bugs - such as the Peugeot 3008 DKR's insistence on half-spinning when changing gear - but there's a commitment to the game from its makers which should progressively iron out these creases.

Dakar 18 is the first in a planned yearly release, and Gomes told Autosport about plans post-launch that could elevate the series into a true motorsport gaming highlight, including the ability to build your own routes and road books for others to contest.

There is also a plan for two players to work together simultaneously, with one gamer as the driver and the other as the navigator.

Official Blancpain GT series game launched, to be released in 2019