Codemasters has released an update for the official 2020 Formula 1 game that will include Mercedes' black livery, three weeks after the game's initial release

F1 2020 was released on July 7, a couple of days after the real-world season-opening Austrian Grand Prix at the Red Bull Ring.

Codemasters was unable to include six-time constructors' champions Mercedes' new black livery - part of its campaign to fight racism - due to the livery reveal coming just one week prior to the game's launch.

This latest patch will swap the traditional silver Mercedes colours, which were used during pre-season testing, for the striking new black livery debuted in Austria.

The black overalls of Lewis Hamilton and Valtteri Bottas will also now be present in the game, along with their adjusted helmet designs.

As well as the visual changes, Mercedes also announced plans for a new diversity and inclusion programme to address the lack of diversity within the team - just 3% of the German manufacturer's workforce identify as belonging to an ethnic minority group. 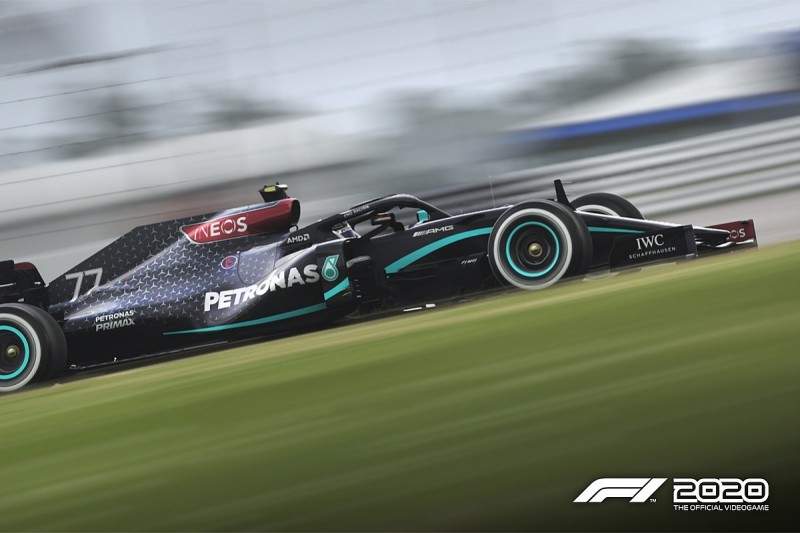 This update is available to PC gamers from Monday, but Xbox One and PlayStation 4 users will have to wait an extra couple of days to play the updated version.

The patch also includes a raft of technical fixes including three for the game's flagship new 'MyTeam' game mode, which allows gamers to create, manage and drive for an 11th team on the F1 grid.

Further updates are expected over the next couple of months, amongst those will be additional livery changes such as McLaren's 'We Race as One' rainbow halo design.

The 2020 Formula 2 season will also be added within the next couple of months, with the 2019 season currently representing F1's main feeder series in the game.

For the first time in the franchise, real-world F2 drivers can graduate into F1 during the 10-season career mode and the F1 drivers can change teams or retire.

The game features the original 22-race F1 2020 calendar, and Codemasters has no plans to add the new 2020 calendar - with circuits such as Imola and Mugello - due to the scale and demands of such an update.