A field of 49 professional racing drivers, including 2009 F1 champion Button and Ferrari driver Leclerc, participated in a one-hour race in the first of five virtual GT rounds.

The duo led a tight three-way fight for the lead, with factory Bentley driver Pepper close behind in third place.

Just 10 minutes into the race, the McLaren pair collided, with Crestani handed a drive-through penalty while Barnicoat fell to eighth place.

This left Pepper in the race lead, and the 23-year-old South African was able to build a sizeable advantage to take a comfortable race win.

Formula 2 and Haas F1 test driver Louis Deletraz was promoted into second place, but he tumbled down the order when he was hit with a drive-through penalty for a collision with Crestani.

He eventually recovered to finish in ninth. 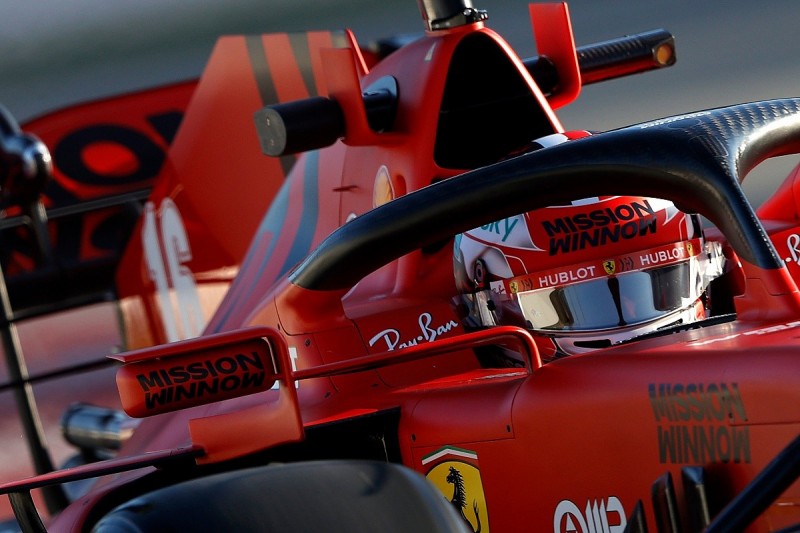 This should have handed Mercedes factory driver Raffaele Marciello second place, but the 2018 Blancpain Sprint Cup champion made a minor mistake that allowed Luigi di Lorenzo (Aston Martin) to claim the position.

Marciello harried di Lorenzo for the rest of the race, but was then demoted to fourth place at Brooklands by the recovering Barnicoat with just under 10 minutes to go.

Barnicoat's late-race charged continued as he caught and passed di Lorenzo at Vale just a couple of laps later to take second place.

Marciello finally passed di Lorenzo with just a few minutes to go into Vale, but the forceful move earned him a two-second penalty and the positions were swapped.

Leclerc qualified in 23rd place and had risen to 17th in the opening laps, before he tangled twice with F2 veteran Luca Ghiotto (Aston Martin) - once at Stowe and then at Abbey.

Leclerc was judged to have been at fault, and after serving a drive-through penalty could only recover to 21st at the finish.

Ghiotto was another to pick up the same penalty, but for a separate incident later in the race.

Button charged into the top 10 from 14th on the grid, but his race was ruined after a collision at Abbey whilst battling former Renault junior Arthur Rougier (Audi) and Perel.

Button was forced to pit for repairs and ended up well down the order.

The next round of the season will take place in two weeks time at the virtual Spa-Francorchamps circuit.