Veloce's Dornieden, who won the championship last year and competed in the eRace of Champions, beat polesitter and Oscaro team manager Kevin Leaune to win the first race on Sunday night.

Leaune led from pole position, but a mistake at the high-speed Scheivlak corner left the Venturi academy driver on the grass and he surrendered the race lead to Dornieden.

Driving an Audi RS3 LMS, Dornieden sealed his and Veloce's first win of the season, ahead of fellow Audi driver Leaune and Hungarian Gergo Baldi - who triumphed in a thrilling duel with Hyundai team-mate Kevin Siggy Rebernak for the final place on the podium.

Williams driver Moritz Loehner took fifth place, having left the Sim Racing Expo at the Nurburgring one day early to make it in time for the WTCR race.

Bence Banki, who won the season-opening race at the Hungaroring, finished in sixth place ahead of Gaetan Goarant, Florian Hasse, Stange and Jaroslav Honzik - earning him reverse-grid pole for race two. 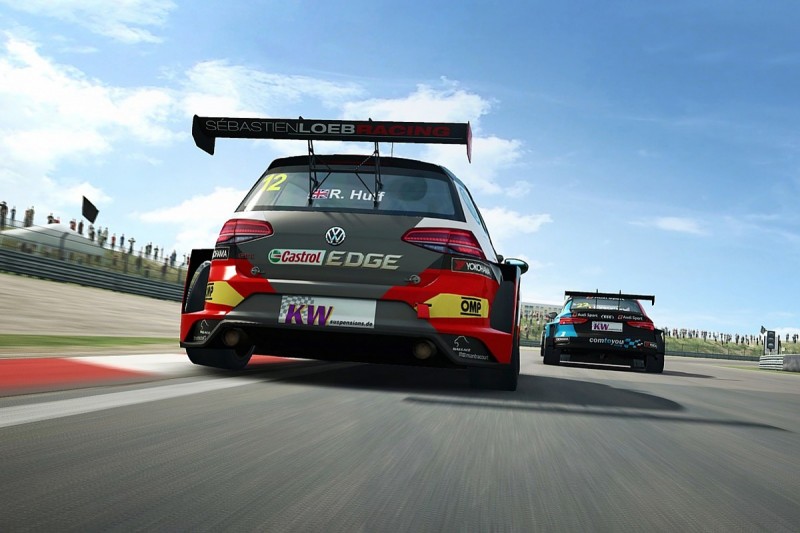 On the fourth lap of race two, Stange took the advantage as polesitter Honzik ran wide at the final corner. He would eventually drop to sixth by the chequered flag.

Stange edged Haase by half a second to take his first victory of the season, with Banki taking third place and the points lead from the absent Jack Keithley.

Stange now sits second in the championship, 16 points adrift of Banki but ahead of Haase and Keithley.

The fourth round of the championship will take place on September 23 at the virtual Slovakia Ring.