Following his Valais win last month, Lappi only needed five points from Corsica to clinch the crown, but that was made academic when Wiegand's car was destroyed in a fire following an incident on his pre-rally test.

Wiegand had a minor off at a left-hander that damaged his Fabia's right-rear corner. The hot exhaust then ignited the grass under the car.

Eight other drivers who stopped at the scene and the fire brigade all tried to put the blaze out and save the car, but to no avail.

With no spare available as the Super 2000 Fabia programme comes to an end, Wiegand's title hopes are over.

"I'm really sorry that the slip-up had such drastic consequences. I'm also sorry for the whole team.

"I'd like to thank everyone who worked so hard to give us the chance to still be fighting for the title here."

Wiegand must now wait to see if Craig Breen or Kajetan Kajetanowicz can overhaul him for second in the standings in Corsica, with 39 points still available. 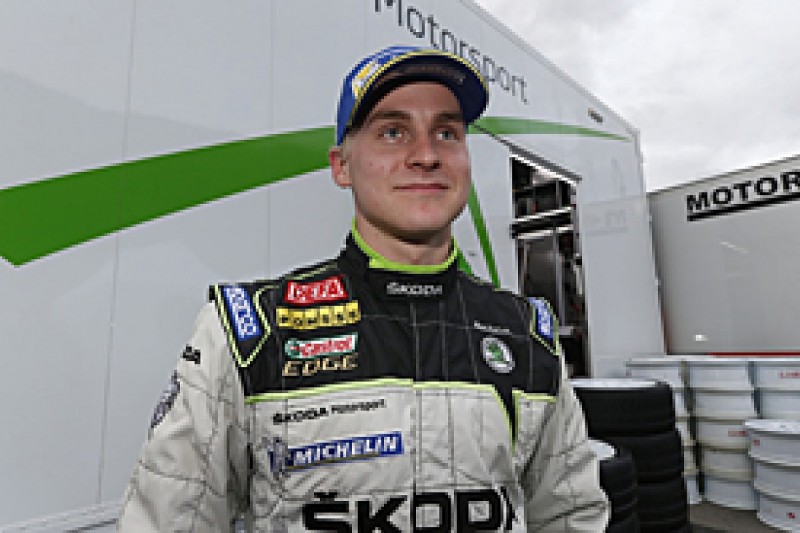 Lappi said it was disappointing to win his first international rally title in this manner.

"I feel really bad for Sepp Wiegand and [co-driver] Frank Christian, we were looking forward to the thrilling Skoda battle for the title with our fiercest rivals," said the 23-year-old Finn, who has won three of this year's 10 ERC rounds so far.

Juho Hanninen learned he was 2010 champion in the modern ERC's predecessor the Intercontinental Rally Challenge two weeks before the expected title decider in Scotland, when Skoda opted not to enter Kopecky for the event.