Yazeed Al Rajhi claimed a dominant victory in round nine of the European Rally Championship in Cyprus, while Craig Breen's perseverance failed to pay off as he retired after the last stage

Al Rajhi began the final day with a 3.8-second deficit to Kajetan Kajetanowicz, but the Saudi Arabian's loose-gravel experience gave him an advantage over his asphalt expert rival on the mainly gravel-based second leg.

His Michelin-shod Ford Fiesta RRC was potent through the all-gravel opening stage where he retook the lead, but his best performance came on the 13-mile final test of the morning, which he won with an incredible 26.3s advantage over anyone else.

That gave the World Rally Championship regular a 35.6s lead over Kajetanowicz at the interval, which he extended to 48.9s after two stage victories in the afternoon to take a brilliant win.

Kajetanowicz initially regretted running on Pirelli rubber, which had played in his favour during the opening leg of the event, but proved less advantageous on Sunday's gravel sections.

That was the least of his concerns, however, as the two-time ERC event winner reported high engine temperature issues on his Ford Fiesta R5 and had to nurse his car through the morning's trio of stages.

It was restored to full power after the turbo wastegate was replaced, but it was not enough to eat into Al Rajhi's lead.

Abdulaziz Al-Kuwari extended his advantage over Khalid Al-Qassimi in the battle for Middle East championship points after Al-Qassimi lost time when he spun his Citroen DS3 RRC on the third stage of the day. 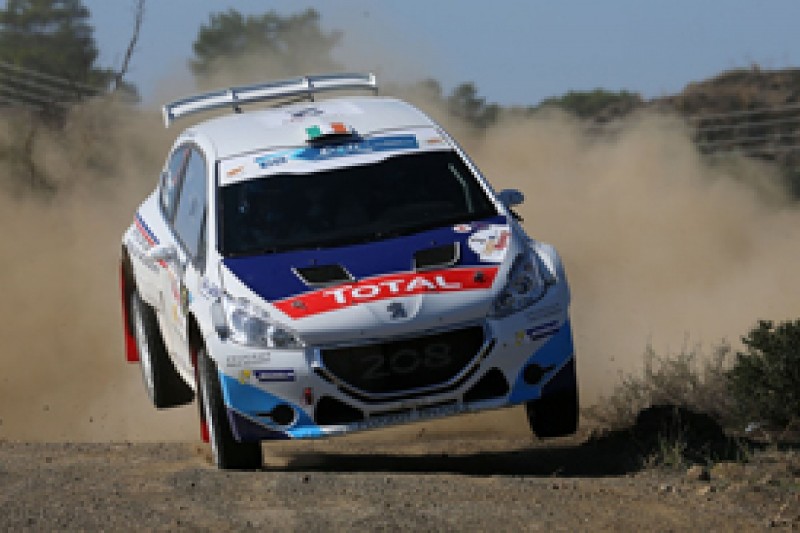 Breen's determination looked like it would pay off with at least sixth after he experienced another frustrating day behind the wheel of his Sainteloc Peugeot 208 T16, which he regularly drove in road mode to keep his engine temperatures down.

But things went awry at the start of the final test and Breen lost over 13 minutes with an apparent electrical problem.

The ERC title chaser dropped from sixth to 14th overall before retiring on the road section back to the finish, and Breen will be annoyed that he was unable to capitalise on championship rival Esapekka Lappi's non-participation in the event.