The DTM has agreed to allow driving aids such as traction control and ABS in 2021, despite having originally not intended to use them for the series' new GT3 era

As part of the new GT Pro regulations for the revamped series when it is reborn as a privateer-led, GT-based series, ITR chief Gerhard Berger had envisaged modifying GT3 cars, not only to make them faster but also better suited for an all-professional driver field.

This included tuning the engines to produce 600bhp, maintaining the DTM's usual standing starts, and dropping driving aids that have been designed with amateurs in mind.

However, after agreeing to drop standing starts due to the costs associated with development of performance clutches, the series has now announced that it will allow teams to retain the pre-installed driving aids on their GT3 cars.

While current drivers had supported the DTM's initial push to race without ABS and traction control in 2021, the series has been forced to abandon its plans because of 'difficulties in a quick implementation of a deactivation of the driving aids and the subsequent expenses for development.'

This was explained by the Gottfried Grasser, whose eponymous team fields Lamborghini Huracan GT3s in GT World Challenge Europe as well as the GT Daytona class of the IMSA SportsCar Championship.

Grasser Racing, which already has a presence in Germany via the ADAC GT Masters series, is currently evaluating a two-car DTM entry for 2021.

"It's not enough to simply turn off the ABS," said Grasser.

"Instead, completely different braking systems have to be designed. Without ABS, I need different brake pumps and calipers for the GT3 cars. 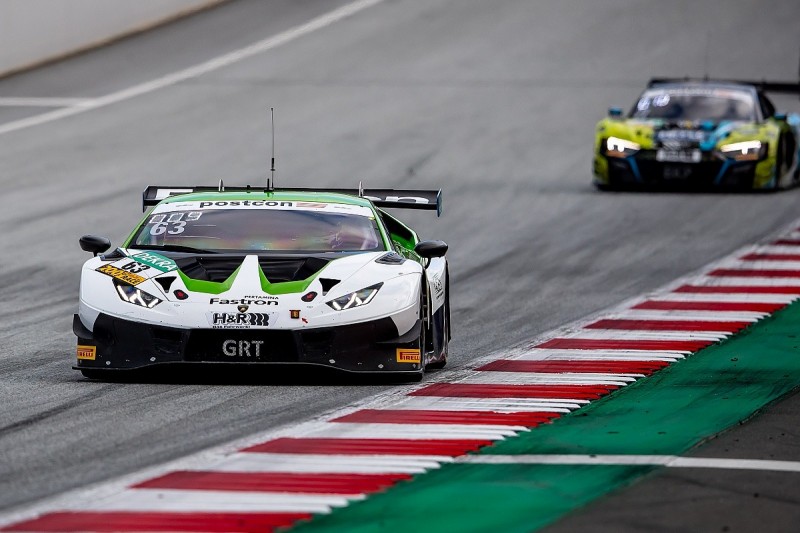 "The relation of the diameter of the brake disc front and rear would have to be adjusted.

"Besides, I can't install something like that and hope that it will work tomorrow. For that I have to test for 15 days and test different components."

Grasser also pointed out that removing ABS and traction control systems could adversely impact the competitiveness of the BMW M6 GT3, which has a much more front-heavy weight balance compared to many of its competitors.

With the Munich-based manufacturer working on a new GT3 challenger based on the M4 that could debut in the latter part of the 2021 DTM season, any investment into the outgoing M6 model is likely to be minimal.

"Our Lamborghini with the weight on the rear axle would probably be very good on the brakes, because it has a very good weight distribution due to the rear engine," said Grasser.

The DTM also confirmed that Sat.1 will telecast all races in German-speaking countries next year, having signed a multi-year deal in 2019 that encompassed the 2021 season.

The TV contract is important for Berger to lure teams after the exit of Audi and BMW as factory entrants. At 99,000 euros, the entry fee for the DTM is higher than it is for GT Masters, while the running costs are also expected to be greater due to increased wear-and-tear.

But with high-profile media coverage and a broadcast deal with a major channel, Berger has promised significantly better return on investment to the teams.

Berger expects Mercedes to return to DTM with GT3 rules

Porsche will not modify 911 GT3 for DTM's new rules