Red Bull chiefs Christian Horner and Helmut Marko were a catalyst behind the new R-Motorsport Aston Martin DTM project, which will enter the series in 2019

R-Motorsport team principal Florian Kamelger and DTM boss Gerhard Berger have revealed that the Red Bull supremos, together with outgoing DTM marque Mercedes, proved instrumental in the early stages of the discussions.

"I met Christian Horner," said Berger, "and I asked him, 'Who are you working with on the Valkyrie project?'

"He said you have to go Andreas [Baenziger] and Florian [the two heads of R-Motorsport parent company AF Racing], so I contacted them and we started to discuss six months ago."

Kamelger added: "Helmut was a help to get the discussions going and to bring us closer together.

"Hence the first meeting we had with Gerhard and his team was in Graz [Marko's base] - he really helped to get the ball rolling.

"This is a joint venture with HWA [which has run the works Mercedes DTM team since the series was revived in 2000], and Mercedes helped a lot in these first discussions, which we are really thankful about."

Kamelger, who also explained that there is no Mercedes involvement in the project beyond the early talks, revealed that the engine for the DTM Aston Martin Vantage "will be a bespoke engine done by our joint venture with HWA".

Rumours that surfaced in the early days of the Aston discussions suggested that the car could use the Mercedes powerplant, or even the unit from the Honda NSX from the Super GT series in Japan, with which the DTM will be fully aligned on regulations by 2020.

Kamelger would not be drawn on when in 2019 the Aston would make its race debut.

"We will inform when we are ready," he said.

"It depends on development and testing possibilities of the cars - we want good results and we want to be prepared." 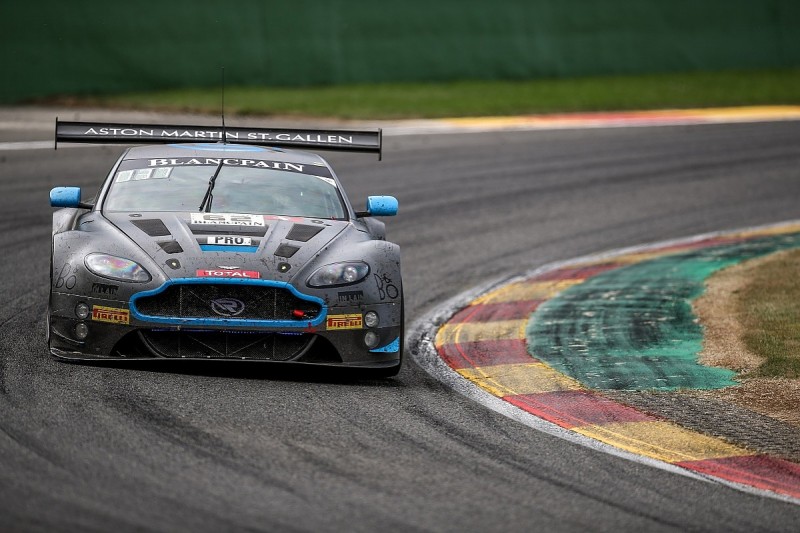 He also did not say how many cars would represent R-Motorsport's DTM project when it first enters competition, but said "in the mid-term it will be four cars - it depends on the development stage of the cars".

Kamelger added that regarding drivers "we will explore that - we have a couple of people in our mind".

Berger has hailed the unifying of DTM and Super GT regulations as key to getting Aston Martins on the grid, and Kamelger admitted that the project could expand into Super GT in the future.

"Internationalisation is one of the base points of the negotiations with Gerhard and the ITR [DTM promoter] for our entry," said Kamelger.

"For a British brand, internationalisation is very important.

"The DTM has done a fantastic job over the last couple of months to go in this direction - for us it's very important to work in this [European] market, and to go to Japan, which is a very important market for Aston Martin."