Wickens was announced as the second SPM driver earlier this month, bringing an end to his six-year spell with Mercedes.

He had been reluctant to make the move to IndyCar initially but following Mercedes' confirmation it would leave the DTM at the end of 2018, Wickens focused on securing his new seat.

Wickens admitted he did have the option to stay in the DTM, but that it was hard to commit without promises beyond next year.

"Mercedes were great," he said. "They know that they kind of gave all the DTM drivers a pretty unfortunate situation.

"They weren't, let's say, willing to help. But they definitely weren't interfering. And I think that's the most important thing.

"Your racing career only lasts for so long and without having, I guess 'promises of the future' after 2018, it was difficult to kind of hold faith.

"That was one of the options [staying in the DTM], for sure. But on the contrary, SPM very well said that they're not going to leave a seat open for me.

"The fact that the stars aligned, and Mercedes let me get out of my contract one year early to come here, everything worked better than expected." 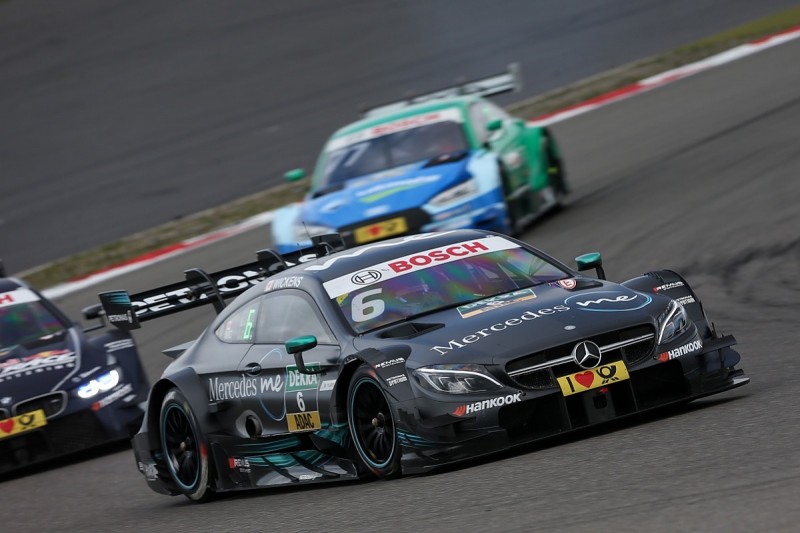 Leaving Mercedes "dumb" if it stayed in DTM

Wickens says he would have been "dumb" to leave a manufacturer seat for IndyCar if Mercedes had continued in the DTM.

"DTM [and Mercedes] deciding their future was a massive decider on what I was ultimately going to do," he said.

"I was pretty public about my interest in IndyCar. But when you have a job opportunity as good as Mercedes in DTM, you're kind of dumb if you give up that up to start something new at this point in my career."

He also added that he has left Mercedes in an inconvenient situation for next year, as it needs a new driver in its last season in the championship.

But Wickens said it was essential he ended his association with Mercedes positively so that he could potentially race with the manufacturer in the future.

"I'm not trying to sugar-coat things when I said [Mercedes] was probably the best six years of my life to date," he said.

"Thankfully with Ulrich Fritz and Toto [Wolff] and everyone, I feel like we left all on very good terms.

"I definitely didn't make their lives any easier, having to find a replacement driver for their final year in DTM.

"If I can do a couple of one-off GT races at Mercedes I'd love to. But on the same token, I think they have their own 'go-to' GT drivers that they keep using time and time again.

"I feel like there's an opportunity to meet again in another category."