Mercedes drivers expect revised aerodynamic regulations to boost the manufacturer's prospects in the DTM this year, after a disappointing 2017 season

Lucas Auer led the standings during the early part of 2017 for Mercedes, but the manufacturer's chances were hampered by the removal of performance weights with two rounds to go and it gradually slipped out of the title fight, with Auer its highest-ranked driver in the final standings in sixth.

The series has moved to reduce downforce by around a third this season, which includes a reduction in both the number and size of the front aero flicks and the removal of the side endplate among other alterations.

As a result, DTM stalwart Gary Paffett said Mercedes' mood has been lifted ahead of the marque's final year in the series.

"Over the past five years Audi has had better aerodynamics," the 2005 champion told Autosport.

"Every year you could only be amazed when they presented their design. The details of the Audi cars were always incredible.

"It costs a lot of money to be so unbelievable - and a lot of time.

"Compensating for the aerodynamics race is the best thing that could have happened to the series.

"We feel that BMW has the better engine - which is logical because it's the latest model.

"Each team is a little different. But I think there are fewer differences this year than last year." 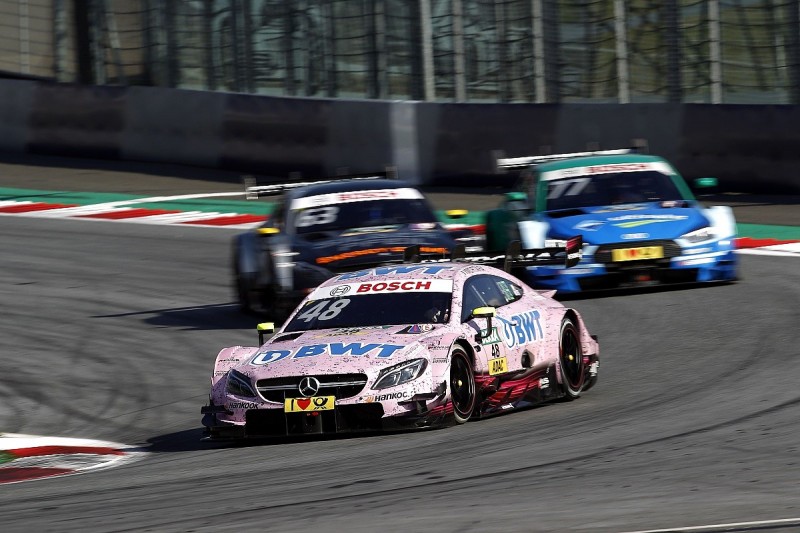 Edoardo Mortara, who spent six seasons with Audi before switching to Mercedes for 2017, added: "Last year, the car had its strengths and weaknesses and was sometimes difficult to control, especially in aerodynamics.

"Uniform aerodynamics can help us, in particular compared to Audi."

"The DTM has always been known for the fact that the field was close to each other," said Wehrlein, who will share Mercedes Formula 1 reserve duties with George Russell this year.

"The distance from first place to the last runner-up was sometimes only half a second. I guess the uniformity of the components will push the field even closer together.

"This makes it even more important to position yourself well in qualifying.

"If someone in front of you is only one or two tenths of a second slower, then it will be very difficult to overtake."