A forthcoming internal restructuring at Audi could put the manufacturer's involvement in the DTM beyond the 2020 season at risk, Autosport has learned

Audi's board of directors is set to decide over the next few months whether to stay in the tin-top series.

A continuation of both of the brand's DTM and Formula E programmes is considered very unlikely, which means its future in the tin-top category could hinge on ending its involvement in FE, also regarded as being highly improbable.

Audi's influential sales and marketing director Hildegard Wortmann is committed to FE, in which the brand has been an ever-present since the series' inception in 2014.

Electric mobility has been defined as a group-wide strategy by Volkswagen CEO Herbert Diess.

Volkswagen Motorsport announced last November that it would terminate all internal combustion engine-based motorsport activities, signifying the end of its involvement in the World Touring Car Cup, while Audi's customer racing branch also ended its direct support of WTCR programmes.

As of April 1, Markus Duesmann, formerly head of development at the BMW Sauber Formula 1 team, will take over as Audi's chairman of the board of management from Bram Schot. Duesmann, 50, also has a positive attitude towards FE.

On top of that, starting on July 1, Audi's factory motorsport programmes, which include the DTM, will no longer be assigned to the development department headed by board member Hans-Joachim Rothenpieler but to Audi Sport GmbH. 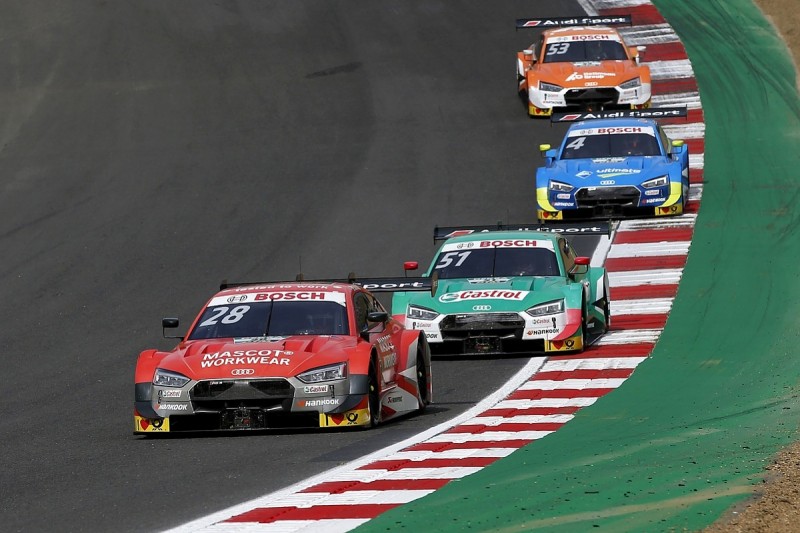 This is relevant because Rothenpieler could otherwise have counteracted Wortmann and argued that the DTM is still absolutely necessary for Audi.

Audi Sport GmbH, based in Neuburg, has two managing directors - Oliver Hoffmann and Julius Seebach - with equal rights who are not members of the board of management and therefore have less influence.

Wortmann's point of view is of great importance at Audi in this matter because motorsport is a marketing tool that relates to sales figures.

Following VW's 'dieselgate' scandal, Audi is currently putting a lot of money and effort into building its fleet of e-tron electric vehicles.

Should the company leave the DTM, it would be a heavy blow for the series, and would leave BMW asthe only manufacturer following the recent exit of Aston Martin outfit R-Motorsport.

Audi is currently responsible for running eight cars in the DTM, including two fielded by customer squad WRT, and accounts for more than half of the 15-car grid that is expected for the 2020 season unless BMW opts to run an eighth car.

Contacted by Autosport regarding Audi's restructuring and its future in the DTM, a company spokesperson said: "Our motorsport programmes are normally decided in autumn for the following season.

"As in the past, we will not be reporting 'water levels', we will only announce decisions. However, this will still take some time."