Mercedes is set to cut down the financial support it provides to DTM teams amid wider changes to its factory-supported programme in the series next year.

Mercedes has been the biggest spender of all manufacturers since the DTM switched to a customer-based formula in 2021. Six of the seven AMG GT3 entries on this year’s grid were financially supported by Mercedes, with David Schumacher’s car the only exception.

But according to Motorsport-Total.com, it is unlikely that Mercedes will continue to provide financial backing and spare parts for six cars in 2023. Instead, it is expected that only two to four cars will receive factory support from the marque’s AMG division and all remaining entries will have to be financed entirely by the teams.

There will be a reduction in the total number of Mercedes-AMGs on the grid too, with GruppeM expected to leave the championship after just two years due to the "unpredictable" cost of repairs.

What is certain is that Winward and HRT will continue competing in the DTM next year with at least two cars each, while Mucke Motorsport could also extend its stay in the series for a third season.

"They want to run other programmes next year and will be running in the IGTC in Abu Dhabi. They have already competed at Spa. They will probably be running on the SRO platform next year.

"It's not final yet, but I assume that [the Winward and HRT] teams will continue with [at least] two vehicles." 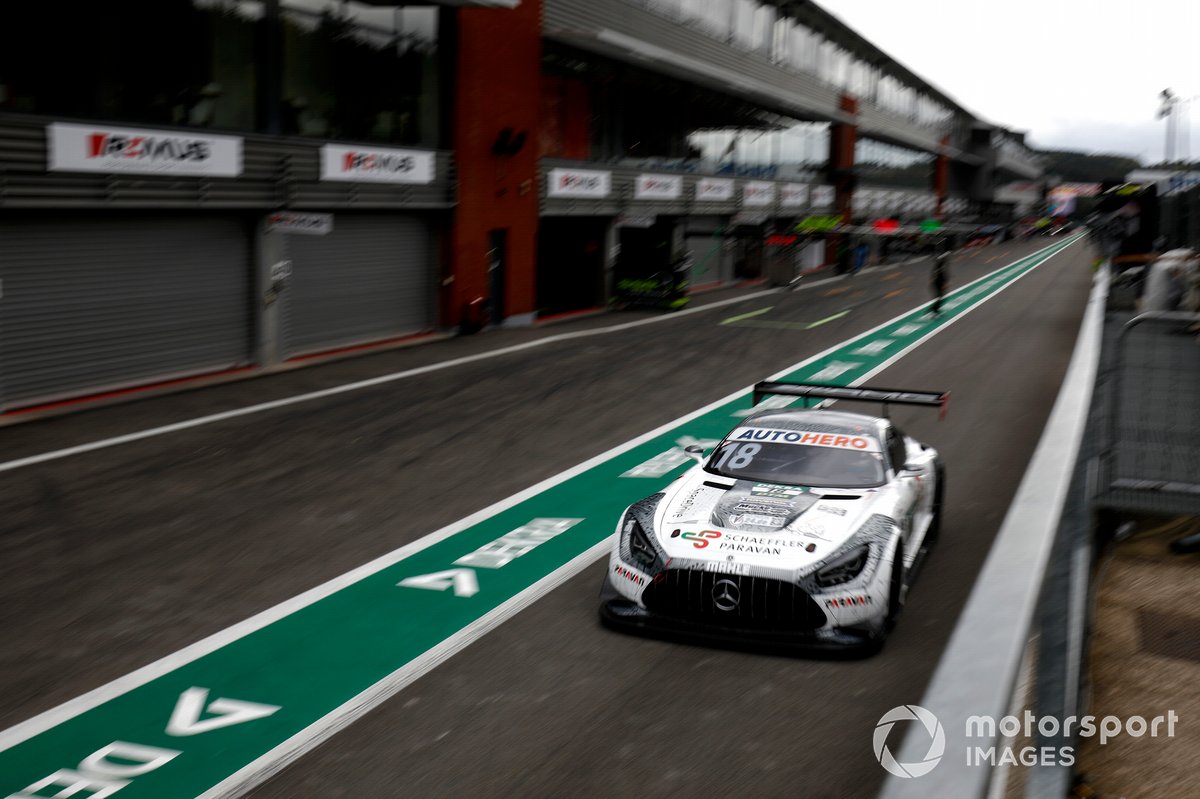 Schumacher’s plans for the 2023 season could also have an impact on just how big a presence Mercedes will have in the DTM next year.

Several indications suggest that the 21-year-old, who is currently recovering from a fracture sustained at Hockenheim, will remain in the series as he continues his transition from single-seaters to GT cars.

"It also depends on David Schumacher's whereabouts, if he were to continue in this constellation," explained Jager. "Winward could have a third car. Or possibly a fourth."

"I think everyone deserves to drive a second season, because it's only in the second season that you really see how well a driver has settled in.

"He also had some highlights, such as at the Lausitzring. Now we have to see if there will be consistency and how he develops."

The DTM could restrict teams to running cars in multiples of two to make the best use of the available space in the pitlane, as the grid nears 30 entries.

However, after fielding entries for Schumacher, Maximilian Gotz and Lucas Auer this year, Winward still expects to be allowed to enter three cars in 2023.

"I'm assuming that we'll continue as we did this year," said team boss Christian Hohenadel.

"Nothing is set in stone yet. We'll see how the ITR expresses itself in the commercial agreement. I can understand the background: you want the individual [pit] gantries. But I do believe that a solution can be found with three-car teams."

Auer to remain with Mercedes in 2023 despite Porsche interest

The Mercedes ace emerging from the shadow of an F1 legend