Gass said that the decision has come after a "fundamental discussion" last year on the advisory board - including DTM and BMW - of DTM organiser the ITR.

"We have now agreed with the ITR and the competitor [BMW] that there will be no team orders this year," Gass told Autosport.

"In the end, that was [ITR chairman] Gerhard Berger's wish."

Asked how the DTM can police the rule, Gass said: "There was a bit of discussion on the subject.

"Of course, I first have to protect the interests of Audi AG. I also have to be able to rely on the fact that it works accordingly."

"Unfortunately there have been inglorious examples in the past of public discussions in the DTM. This is something that is difficult to check.

"But we looked each other in the eye and agreed on the subject. I trust it that it works accordingly."

'Inglorious' examples to which Gass refers include the notorious 'push him out' scandal from the Red Bull Ring in 2015, when then-Audi chief Wolfgang Ullrich told his driver Timo Scheider to remove Mercedes' Robert Wickens from the race. 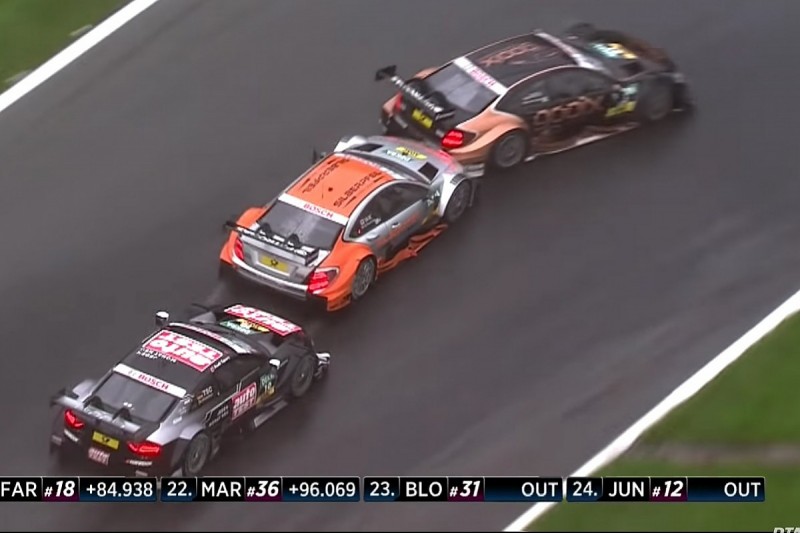 At the same venue in 2002, Mercedes' Jean Alesi slowed on the run to the line in order to hand victory to team-mate Bernd Schneider, but Schneider had clashed with Audi's Laurent Aiello at the final corner, leaving a third Mercedes driver - Marcel Fassler - to jump from fourth to first.

In 2019, Audi had to ask its title contenders Rene Rast and Nico Muller to race each other "without risk" after the two drivers collided at the Norisring in the presence of the manufacturer's board members.

Gass admitted that it is his responsibility to prevent Audi drivers from crashing into each other, but that he would no longer intervene when they are battling on track following the introduction of the new rule.

"We still want to prevent two brand colleagues from colliding," he said.

"But there will be no more intervention in the future. And, as I said, this is a regulation that we will naturally adhere to. That's why I don't need to explain this to the [Audi] board."

Oh dear, where on Earth do we begin?

Team orders have always been an integral part of motorsport - we endured a decade of farce following the infamous 2002 Austrian Grand Prix as Formula 1 teams unsurprisingly proved that they were far cleverer than the rulemakers when it came to finding ways around the rules written to prevent a recurrence of the Schumacher-Barrichello swap.

If anything, team orders are even more intrinsic to touring car racing, and have always been rife in the DTM.

This is a championship, after all, that Audi veteran Jamie Green once told Autosport was like "playing for a football team".

Dieter Gass and Jens Marquardt, the respective chiefs of Audi and BMW, have surely got the best intentions, but what happens if, say, BMW's Marco Wittmann goes to the final round 30 points adrift of Audi's Rene Rast in the championship, and qualifies among a bunch of his BMW 'brand colleagues' [ugh, if the DTM wants to get international attention, surely such disastrously Germanic phrases as this should be banned]?

Surely we would then find the strategic brains across the BMW teams combining to come up with very clever solutions to circumvent the team-orders ruling, ranging from the timing of pitstops to drivers suddenly have a 'gearshift problem'.

And, just as surely, it would happen in the Audi camp if Rast was trailing Wittmann.

What the DTM needs to realise is that over-regulation is far a bigger disease in motorsport than team orders. Maybe that might be brought home to the big cheeses the first time a race finishes with a massive argument over whether a strategic call qualifies as a manipulation of the result.