DTM chairman Gerhard Berger wants to rid the series of its controversial performance-balancing system, which he claims he "hates"

Performance balancing has become ever more intricate this season as the DTM aims to equate Audi, BMW and Mercedes, but a row has blown up during recent weeks over claims that the manufacturers are manipulating the system.

It continued at Zandvoort last weekend, when BMW lost 5kg of weight for race two and Audi gained 5kg, despite BMW having taken a clean sweep of the podium in the opening race.

While DTM's governing body the DMSB announced last month its intention to scrap the system, such a move would require the agreement of all three manufacturers.

"It's no secret: I hate the ballast," said Berger at Zandvoort, "and I'm still pushing [to have it scrapped].

"It's not really the ballast that is the problem; it's the consequences [of tactical racing].

"You mix strategies to not get the ballast, you don't go as fast as you can, you get the best position, but you're not the quickest."

Berger believes it is up to manufacturers to build the best possible car rather than rely on artificial measures to stay competitive.

"With the DNA of the DTM, you cannot put the show ahead of the sport, even if the show is worse," he said.

"I would still prefer to have the sport right; the critical thing is show against costs." 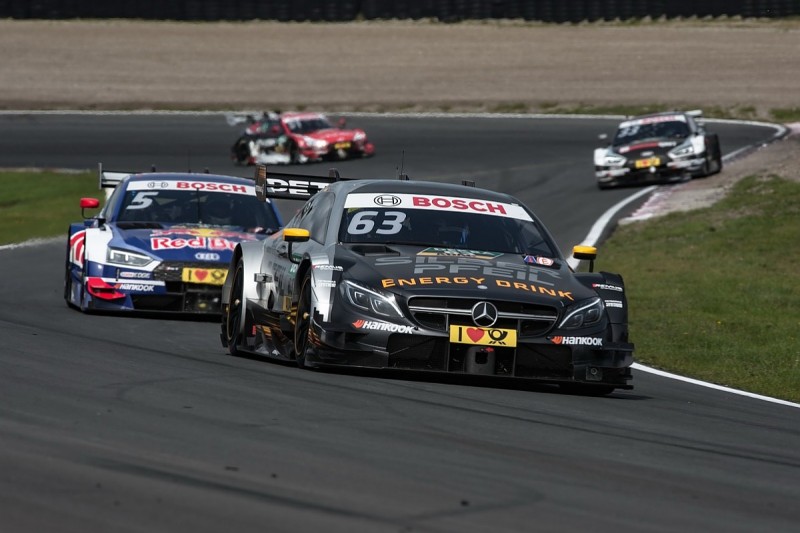 Berger's ideas have the support of Audi motorsport boss Dieter Gass, who also railed against the system at Zandvoort.

"The fact that we'll have to add weight for the Nurburgring is a drawback," said Gass.

"It's obvious that the current system does not accomplish any of the things it's meant to do.

"Its unconditional abolishment is the only solution for this absurd condition."

Gass's counterpart at Mercedes, Ulrich Fritz, agreed, saying: "We need to get of rid it tomorrow.

"We discussed it at length on Friday [in Zandvoort], Mercedes has supported [abolishing performance weights] from the very beginning."

BMW concerned it's not a simple fix

"We have had a lot of discussions, and I think it's really something where we have to continue to find a solution that is sustainable - that lasts not only this season but also next year and beyond," he said.

"We've designed the regs as a table with four legs, and one of the legs was performance weights.

"If we take a leg away, the table will fall over.

"So now we have to work on building a table that is stable with three legs.

"This is what the discussion needs to be on."