Mercedes, whose six cars make up a third of the DTM field, will quit the series at the end of the 2018 season, leaving the future of the series in doubt.

Martin, who was unveiled as Aston Martin's sixth and final WEC driver this week, said not knowing what DTM will be like post-2018 played a part in his return to full-time sportscar racing.

"Mercedes leaving at the end of 2018 gives a lot of question marks on the future of DTM," the Belgian driver told Autosport.

"It's also part of managing the career and trying to find opportunities to continue in a good condition and a lot of things.

"I have done a lot with BMW, I've done five years and before even thinking about the DTM or Mercedes leaving I was also trying to get a new challenge.

"With Aston Martin Racing coming with a completely new car, putting a lot of effort in the racing programme, and with the GTE Pro category getting more and more intense with more and more manufacturers and the DTM going with more question marks, it is the perfect timing for me to take this new challenge."

In four seasons of DTM competition, Martin placed either seventh or eighth in the standings each time, winning a total of three races. 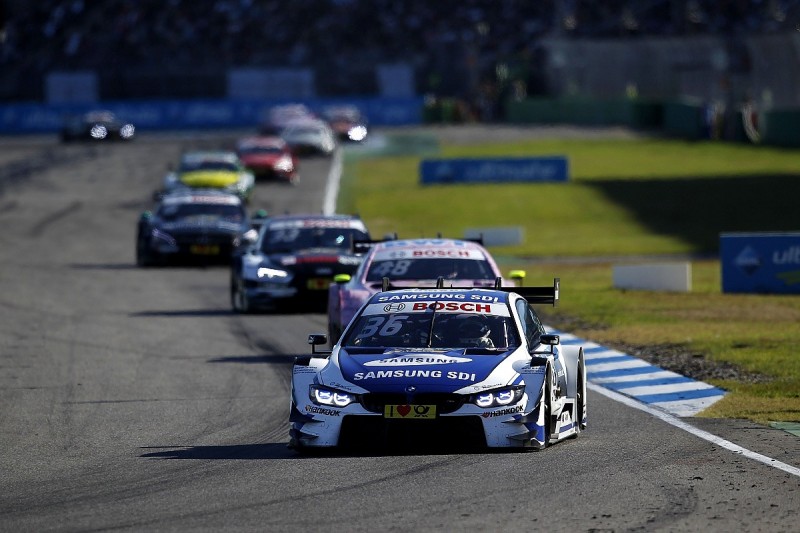 "I'm more disappointed of not having a real title chance in DTM," Martin said.

"DTM is difficult, it is tough, you need a lot of secrets to learn.

"The gaps are so close if you don't have the best car at the right time, then everything is more difficult.

"You can see today, every driver had his one season which was really bad except for a few of them.

"I am part of this, it is also showing that I am really consistent on every track every season, I was always there so that is also great.

"When you see the thing as a whole, Marco Wittmann at BMW was the strongest in the last four years but I have been just behind, I have been the second-best BMW over the four years in a lot of standings.

"Coming from GT, endurance racing, I am really happy and proud of what I did in DTM, I think a lot of people expected less from me."