Coulthard: DTM not good at promoting itself to international fans

Ex-Formula 1 racer Coulthard, who competed in the DTM from 2010-12 with Mercedes, was speaking at an event to promote the championship's upcoming return to Brands Hatch.

He said it was unfortunate that the DTM's move to add more non-German races to its schedule coincided with Mercedes' decision to quit the championship after the 2018 season, but reckons the series needs to do a better job of getting its message to fans.

"I've always thought it was a shame [the DTM] hasn't had more a foothold in the UK," Coulthard told Autosport.

"They haven't, to be critical, been proactive in promoting it outside of Germany.

"But while they had the support of the manufacturers and fans, they didn't need to. Then things change.

"You have to evolve or die, and I came to help promote [the Brands Hatch race] because I believe in the championship and they deserve a bigger platform to be recognised.

"Many drivers in the DTM are serving F1 teams [as test or simulator drivers] or have raced with F1 teams. That tells you everything need to know about the standard of driving.

"It just needs that promotion, people need to know about it, it needs to be accessible.

"Not many fans [from the UK] will go over to Hockenheim to watch DTM instead of going to Spa to watch F1."

Coulthard suggested the DTM could have a future as an international series in years to come, possibly even with world championship status.

"Whether it's called DTM or whatever, I think there is space within the motorsport world for this type of high-end touring car racing," he said.

"Formula E is the only form of electric single-seater racing, so it is defined as such.

"If F1 became an electric championship, it would trump Formula E because of its infrastructure and platform.

"With the greatest respect to World Touring Cars [WTCR], those drivers would enjoy driving DTM because it's faster. Anything faster and with more performance is more fun." 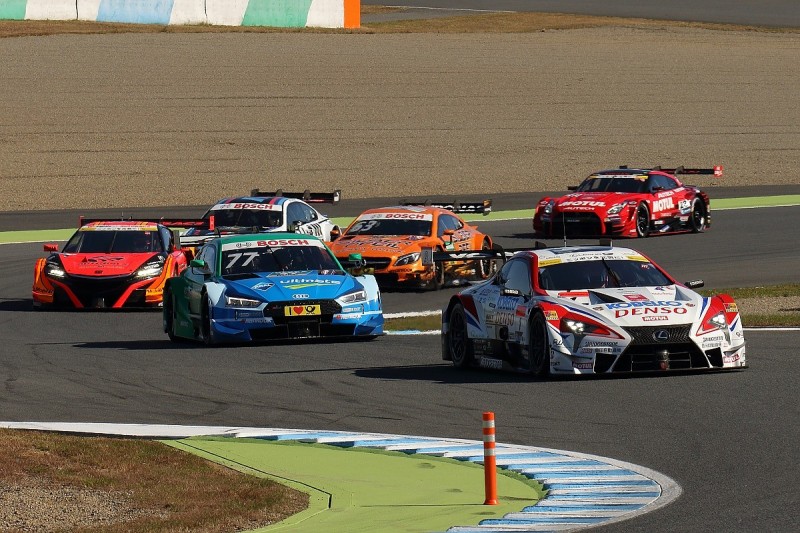 Mercedes driver Paul di Resta also suggested that the DTM's 2019 rules tie-up with Japan's Super GT championship could be the precursor to a move towards a world championship.

"Essentially, that's where it needs to be," di Resta told Autosport.

"It used to be the ITC [International Touring Cars, in 1995-96], and I think it is a world championship, that is what DTM is.

"So it's about doing that, having world finals and all these things going on. What better appeal could you get if you could get everyone together to do it?"