DTM race winner Maxime Martin admits BMW's start to the 2017 season, with it sitting a distant third behind Mercedes and Audi, "is quite bad"

BMW took Marco Wittmann to the 2014 and '16 drivers' titles, and won the manufacturers' crown in '15, but has only managed 64 points across the first two events compared to 187 for Mercedes and 177 for Audi.

Martin was the first BMW driver home in each race at the Lausitzring last weekend, finishing fourth and eighth and roughly 18 seconds behind the winner each day.

"In the overall picture I am not really happy, it is quite bad," Martin told Autosport.

"We have to work hard to be better, we were expecting a bit better, for sure.

"First BMW is good, but in general it is not really what we are looking for."

The DTM's 2017 overhaul includes softer tyres, but Audi's Mattias Ekstrom was able to pit at the end of the first lap in last Sunday's 43-lap race at the Lausitzring and not only get to the end but also finish second.

Mercedes' Robert Wickens feels Audi has the edge on tyre life, but Martin suggested BMW's issues were even more pronounced.

"We have to work hard to try to improve especially the race pace, that is where we are really lacking, and try to come stronger in the next races," he added.

"Tyre deg for us is for sure higher but in the race from lap one onwards they are just quicker.

"I think it is the way they use the tyre."

Timo Glock is the only BMW in the top 10 of the standings in eighth, having taken a pole position and second-place finish during the Hockenheim season opener.

Both of BMW's 2017 podiums came that weekend, with Wittmann third in the Sunday race. 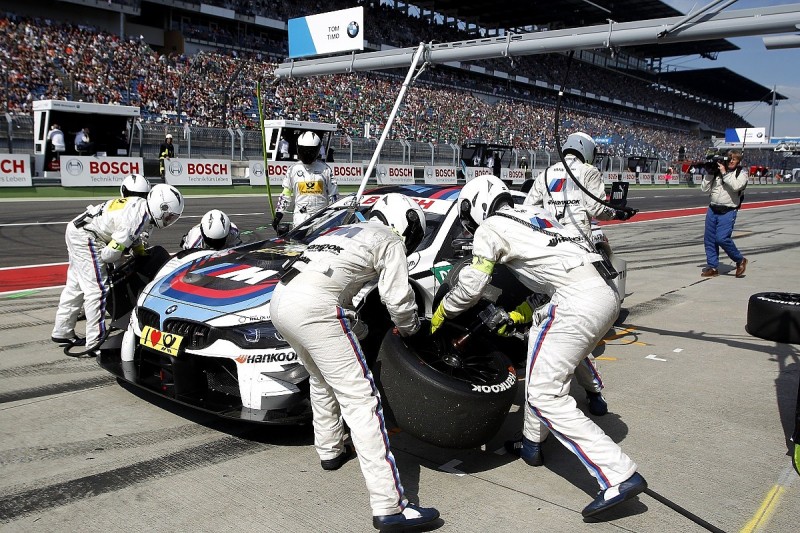 Tom Blomqvist qualified on the front row for the Sunday Lausitzring race and believes the BMW has potential, but agreed with Martin that race pace is a problem after then crossing the line 17th in the 18-car field.

"For sure there is potential in the car because we can do quick lap times in qualifying, things like that, but we struggle to look after the tyres it seems," he said.

"Far from challenging, nothing seems to be going to plan.

"The race pace is just not good enough so it is proving to be a challenge at the moment.

"We need to regroup and try to understand how we can improve in the next races because at the moment we are not strong enough all around so we've got some work to do."