The DTM's incoming 2017 technical platform has to redress the balance between technology and racing, BMW motorsport director Jens Marquardt reckons

Audi has already stated that the Class One regulations being jointly developed with Japan's Super GT must cut costs, a view Marquardt shares.

He wants to ensure money is not spent on things "invisible" to fans.

"The 2017 regulations have to help us make sure that we're not going overboard with costs on the technical side," he said.

"2012 was a major reset, but we're creeping up and creeping up, and I think we have to be careful.

"In that respect, I think we have much more of a responsibility on our side, to make sure that technically we are really continuing in the right direction, with having the spectator in mind and not our latest engineering targets."

A difficulty in finding workable solutions, Marquardt concedes, is that Mercedes and Audi are heavily involved in Formula 1 and the World Endurance Championship respectively, and have facilities to match.

"We have to balance it in a smart way, and clearly not go and get F1 facilities," he said.

"We use BMW's production car windtunnel facility, we have no motorsport facility, which has so far been good enough.

"Recent developments clearly made us aware that we have to be careful not to drive that overboard.

"If a production car windtunnel is not good enough for our development, we have to steer against this. We can't get forced into using available F1 capacity or facilities.

"It's definitely difficult to have three manufacturers that are differently set up in that respect."

Downforce is set to be cut in 2017, and Marquardt says the new machinery must help improve the quality of racing.

"Spectators want to see overtaking," he added. "They want to see drivers fighting, every once in a while some bumping and exchange of colours, but really in a way that the driver's skill is what is featured most.

"Aero-wise, our cars make it difficult. They are very aerodynamically-dominated, with tyres producing a lot of grip, people are saying already that they are underpowered at the same time.

"We have to take all measures that we can to rebalance this to a more attractive package that we can also use to make cost-efficient."

Super GT manufacturers Honda, Lexus and Nissan are involved in developing the new package, and clues could come from the Japanese series' existing cars.

"Their cars right now (pictured below) are probably much more something that we are talking about," Marquardt said.

"Their four-cylinder engine has more power, but the cars are definitely way less sophisticated when it comes to the aero, with even the current regulations.

"They have taken our current regulations and already have a rebalance in their package, which I think is a good hint to us about where things can and should be heading." 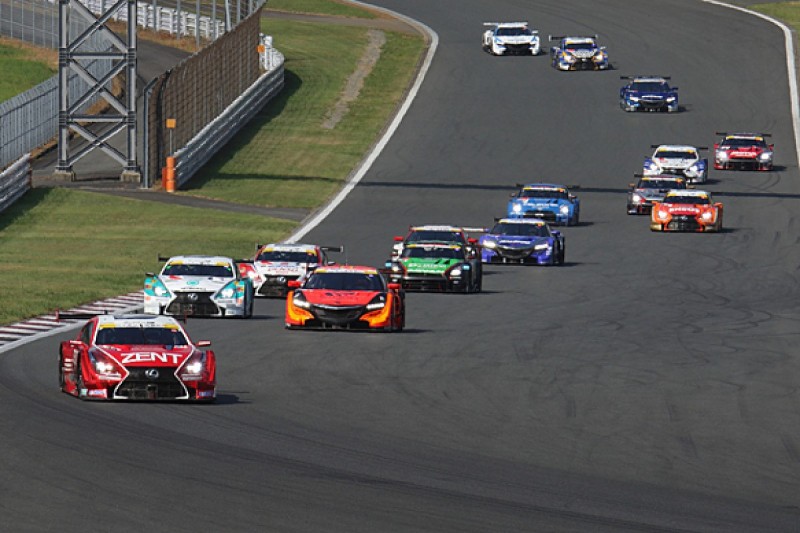