Wittmann crossed the line in fourth place, which would have extended his championship lead over Audi's Edoardo Mortara to 26 points with only the Hockenheim finale remaining.

However his exclusion for having insufficient thickness left on the skidpad on the underside of his BMW reduces that to 14 points.

Juncadella was excluded for the same reason and lost a third-place finish, which would have been his first podium in the DTM.

Both manufacturers had originally signalled their intention to appeal, but have now accepted the penalties.

"We all know: this kind of trials can be lengthy," he said.

"And for the good of the sport we want the champion to be determined at Hockenheim."

Mercedes' Ulrich Fritz said he had little confidence that the appeal would have been successful, anyway.

"The regulations clearly say that the thickness of this part may never and at no time amount less than six millimetres," he said.

"That's a regulation we have to comply with and we act on the assumption that an appeal wouldn't be successful, anyway." 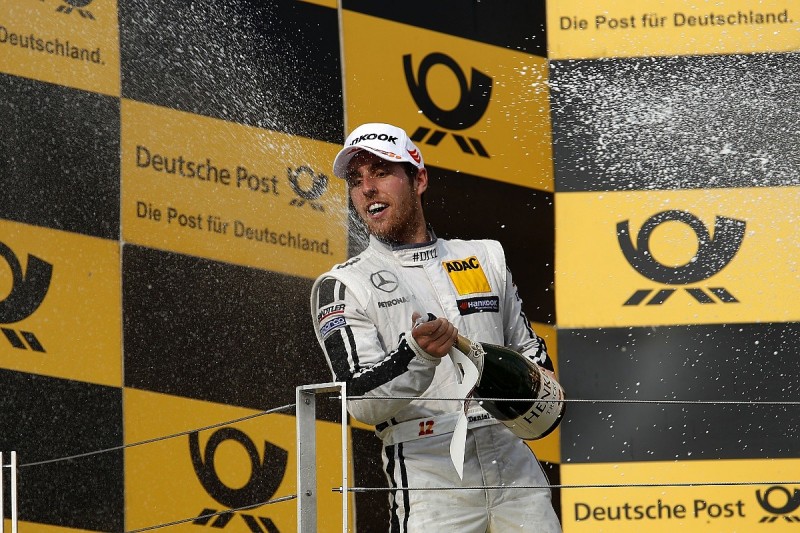 Former Mercedes boss-turned-DTM commentator Norbert Haug explained the cases as "breaches of the rules", but without having a major impact.

"I don't think that opting for a too risky gamble can be a justification for this kind of mistakes," he said.

"The teams committed real breaches of the rules.

"It goes without saying that everybody in DTM wants to race with the lowest possible ride height as this results in aero advantages and, consequently, better laptimes.

"But most definitely these advantages won't result in times that are so much better that they justify these disqualifications."

With Wittmann's exclusion, Audi's Jamie Green will also head to Hockenheim as a possible champion, starting the weekend 39 points behind Wittmann with a maximum of 50 available.