BMW will still field the 25-year-old Portuguese in GT races, but da Costa's deal with Andretti will become his main focus.

Andretti has entered into an engineering partnership with BMW in Formula E, in what is believed to be the precursor to an increased factory involvement in the series.

Da Costa had balanced BMW DTM duties with racing for Aguri since the electric series began in mid-2014, during his first DTM season.

"I'm extremely happy to have represented BMW in the DTM for the last three seasons in a championship that is super competitive and requires a lot of skill," said da Costa, who had to miss the Berlin Formula E race this May as it clashed with the Red Bull Ring DTM round.

"I felt extremely confident from the word go in 2014 where I had one of the best qualifying results ever for a rookie.

"I have had a lot of good times in the DTM, with a pole position and race victories, and have enjoyed it massively working with my team-mates.

"However, this championship requires full-time focus, so I have decided to put all my efforts into Formula E and am happy to be part of a future international project for BMW, which is making me very excited and will require a lot of my time, too. 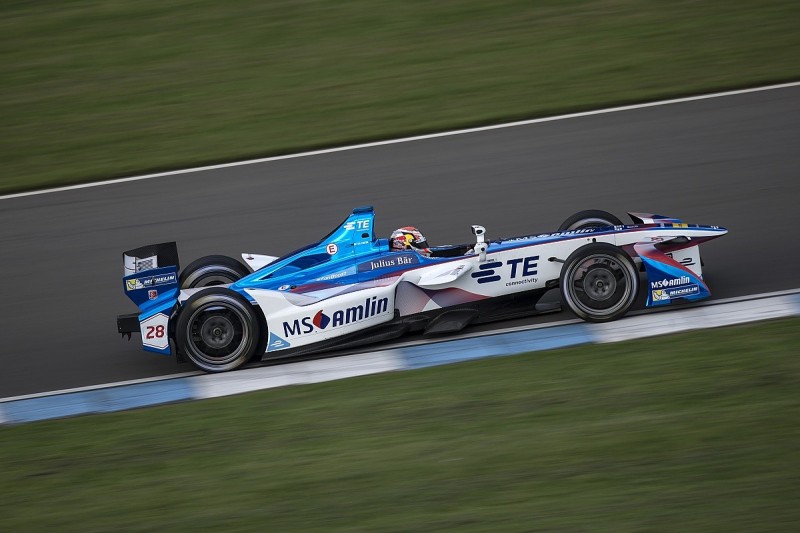 "I am really looking forward to the new experiences, am happy with my decision, but am also obviously very happy to be continuing as a BMW works driver."

Da Costa moved to the DTM when his Formula 1 aspirations faded at the end of 2013 as long-time backer Red Bull picked GP3 champion Daniil Kvyat for a Toro Rosso seat instead.

BMW motorsport director Jens Marquardt said he would be missed in the DTM.

"He really caught the eye with his spectacular driving style," said Marquardt.

"Antonio's time with BMW in the DTM may be drawing to a close, but we will continue to work with him.

"I am very happy about that, as he is very talented and is one of the best racers I know.

"During his relatively brief stint in DTM, he managed to win a race - not many drivers can claim this."

Da Costa added GT duties to his BMW role this season, contesting some ADAC GT and VLN races, and will continue with that alongside FE.