BMW has hit out at an 'unsporting' Audi for not notifying its German rival about its impending exit from the DTM.

Audi announced late last month that it will quit the DTM at the end of the 2020 season, leaving BMW as the only manufacturer in the series and plunging the future of the category into doubt.

The news hasn't gone down well with BMW, which joined Audi and Mercedes as the series' third manufacturer in 2012, with board member Klaus Frohlich criticising Audi for keeping it in the dark until the official announcement.

"That surprised and disappointed me," BMW board member Klaus Frohlich said of Audi's exit to Suddeutsche.de.

"And I find it not only astonishing, but also unsportsmanlike to drop out and not talk to us as a second partner before. It really blew me away.

"When Mercedes got out, [now-Daimler CEO] Ola Kallenius called me personally and explained why.

"It was all professional and appreciative. I missed that here at Audi.

"Immediately before the public announcement on April 27, DTM boss Gerhard Berger had informed me about the exit plans, I'm in close contact with him.

"And he, too, was not informed by Audi's Board of Management but very late on the working level. Like other partners as well. 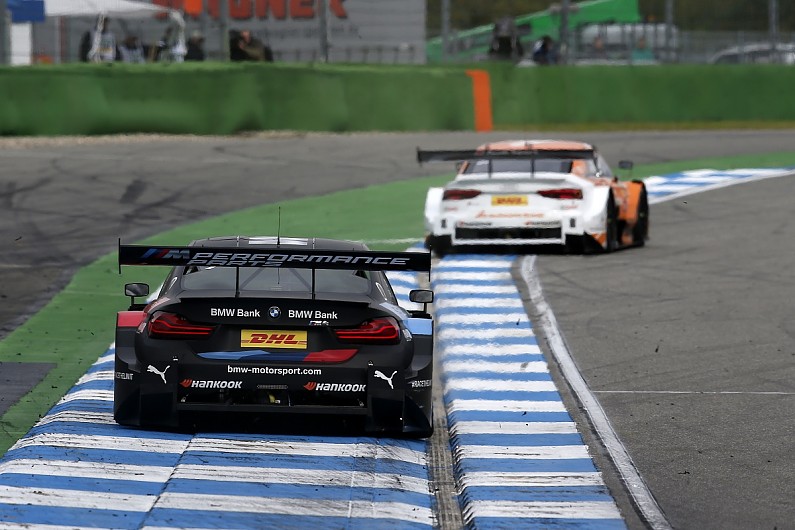 "No matter what you decide - a company can do it any way it wants - with the DTM you communicate differently in terms of fairness and sportiness and don't do it the way [Audi did]."

Audi stated in a press release that it is departing the DTM to switch its entire factory effort on Formula E, where it has had presence since the series' inaugural season in 2014/15.

However, Frohlich, whose company BMW also has a factory team in Formula E, questioned Audi's approach as the DTM had revealed its own roadmap to move to greener fuels in the future.

"That's not an argument for me," Frohlich said when asked about Audi's decision to prioritise Formula E over DTM.

"We wanted to transform the DTM: From V8 naturally aspirated engines to efficient four-cylinder turbo-combustion engines as the first stage, from 2022 the switch to hybrid and from 2025 as a fully electric touring car series.

"The perspective of the DTM is it will become electric and global.

"This is what we have driven to a large extent. The fact that Audi is putting this at risk, when we have put so much work into it together, surprises me.

"And I can't understand the statement 'We're going into Formula E for electric cars instead of staying in the DTM' precisely because the DTM wants to become fully electric by 2025.

"It's not for me to evaluate another company. But from my point of view Audi is undergoing a far-reaching restructuring process.

"Whether it was sustainable to cut off the DTM pillar and whether Formula E is more viable in the long term to communicate electric mobility - I put a question mark over that."