Ex-Formula 1 driver Timo Glock believes Audi's tactics in the DTM this year are a sign that the manufacturer is feeling the pressure of trying to win the championship.

BMW driver Glock was outraged after feeling he was deliberately held up by Nico Muller during the Sunday race at the Nurburgring last weekend, with the pair eventually colliding when he ran into the back of the Audi at the final chicane.

"This shows how much pressure they have, Dieter Gass has, when he orders such tactics," he said.

"They've had the best car for two years but didn't manage to win the title because they made too many mistakes. They have the pressure, it's clear.

"I don't think it makes sense to talk things through with them as they are doing it again and again.

"The pressure is mounting, as you can see with these tactics.

"It doesn't get more obvious than this. And this is a pity, very much so."

Sunday race winner, Mercedes driver Robert Wickens, said after the race that he felt Audi's drivers were "trying to be clever" by holding up rivals, and speaking on Wednesday he said it was typical of the series for such tactics to come into play later in the season.

"I'm sure other drivers might see it differently, but from my experience, when I was leading after the pit stop and caught [Loic] Duval and Muller, I thought both of them took their team tactics a little bit too far, especially given that I wasn't a direct threat in the championship," said Wickens, who added that he believed he was "affected by the strategies applied by Audi".

"They were just trying to slow everyone down to help Audi's main title contenders.

"I understand it's a part of DTM, it usually gets tougher at this stage of the season, but I think at Mercedes we can hold our head up high, because we are not doing any of that.

"We are trying to give the fans the best show possible and give them fair and real racing."

Audi has not won the DTM drivers' title since Mike Rockenfeller's triumph in 2013, with BMW's Marco Wittmann winning twice since then, and current Sauber F1 driver Pascal Wehrlein taking the crown for Mercedes in 2015. 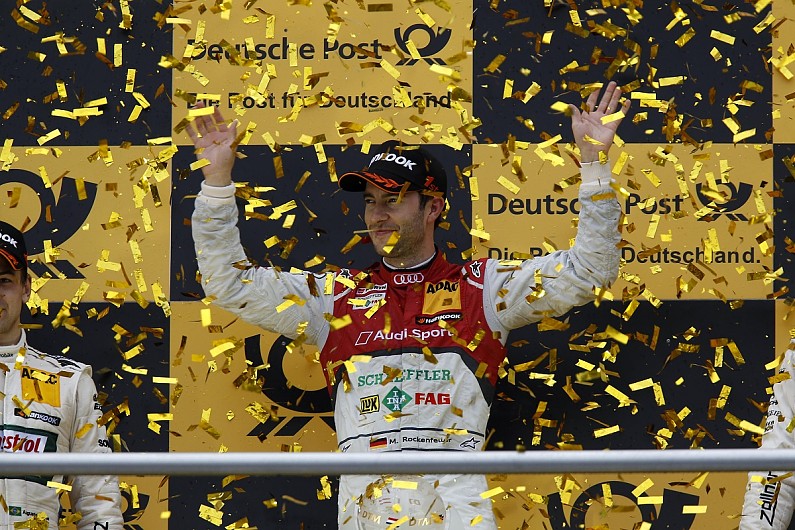