The looks. Oh, the looks. The daisycutter of a front splitter, the huge rear wing and the wheel arches so flared they could be at home in one of those retro Top of the Pops episodes BBC4 is so keen on showing these days. It can only be the Group 5 car, that I assume was the focal point of most German boys' bedroom walls (Nena and her 99 red balloons were still a few years away).

And I get to drive it today.

Most people see one of these and assume it's a CSL. They're wrong. The Group 5 320 was the first touring car based on the 3-Series in 1977 and really moved the aggressive styling philosophy a step on from the CSL, which was conceived far more as a tourer than a GT.

Of the three retro machines I'm driving today, all lovingly restored to amazing condition by BMW Classic, this is the one that bears the most resemblance to the M3 I've been racing in the DTM this year. I say that not because of the way it goes, but because, like my M3, the only thing it shares with its road car derivative is its name. Make no mistake, this is a racing car from the ground up.

The most noticeable thing about the car as I clamber into the cockpit is how spartan it is compared to later touring cars. There's a small dash with a rev counter and a fuel gauge; everything you need and nothing more.

I'm told of a slight issue with a front damper, so I'm not going to be able to push as hard as I'd like to, but around the Nurburgring circuit - the modern 2.7-miler rather than the Nordschleife on which this car raced many times - I can still give it some welly.

The five-speed gearbox is a little stiff, but I've had enough experience of driving manuals during my years in S2000-spec BMW touring cars to deal with that pretty easily. Dog-leg for first and away you go.

This very machine is one of the original versions from 1977, the kind that was fielded by the BMW Junior Team for Manfred Winkelhock, Marc Surer and Eddie Cheever. As such it's powered by the two-litre, normally-aspirated petrol engine, rather than the turbocharged 1.4-litre version of the Formula 2 engine that would eventually replace it.

I can only imagine how aggressive the turbo must have been, because I can really feel the car shake as I drive around. Even without the inevitable turbo lag to worry about, most of the power is contained in quite a narrow band at the top of the rev range, so the emphasis is on keeping the rpm up through the slow corners.

This was probably less of a concern back in 1977 as slow bends weren't exactly abundant on the German racetracks of the day.

Far more important on circuits such as the Nordschleife would have been a good balance at high speeds, and that's something this car has in bucketloads thanks to the downforce - albeit the small amount you can actually feel - created by the large rear wing.

I find it a little bit amazing that BMW sports boss Jochen Neerpasch used to put the juniors in cars like this. Young chargers like Surer, Winkelhock and Cheever must have had some huge balls to drive this at full-pelt, especially with the dangers that were abundant.

I could imagine the possibility of it bursting into flames if you backed it into a barrier - or worse, the trees...

Still, once you'd conquered this, driving a Formula 2 car wouldn't have phased you at all I reckon. Incidentally, I was told by one of the guys at the track that the cars used to finish the races falling to bits because the juniors were pushing so hard!

The one thing that was a little disappointing was the top-end speed, and I think that's more down to the drag created by the outrageous bodywork than anything to do with the engine. I don't think this car would have been out front somewhere like Monza, for example.

On the Nordschleife, however? It would have been magic.

Moving from the 320 into the M3 is like stepping forward in time, as I guess it should be. The Group A regulations that were introduced in 1983 meant there was no room for racing specials. 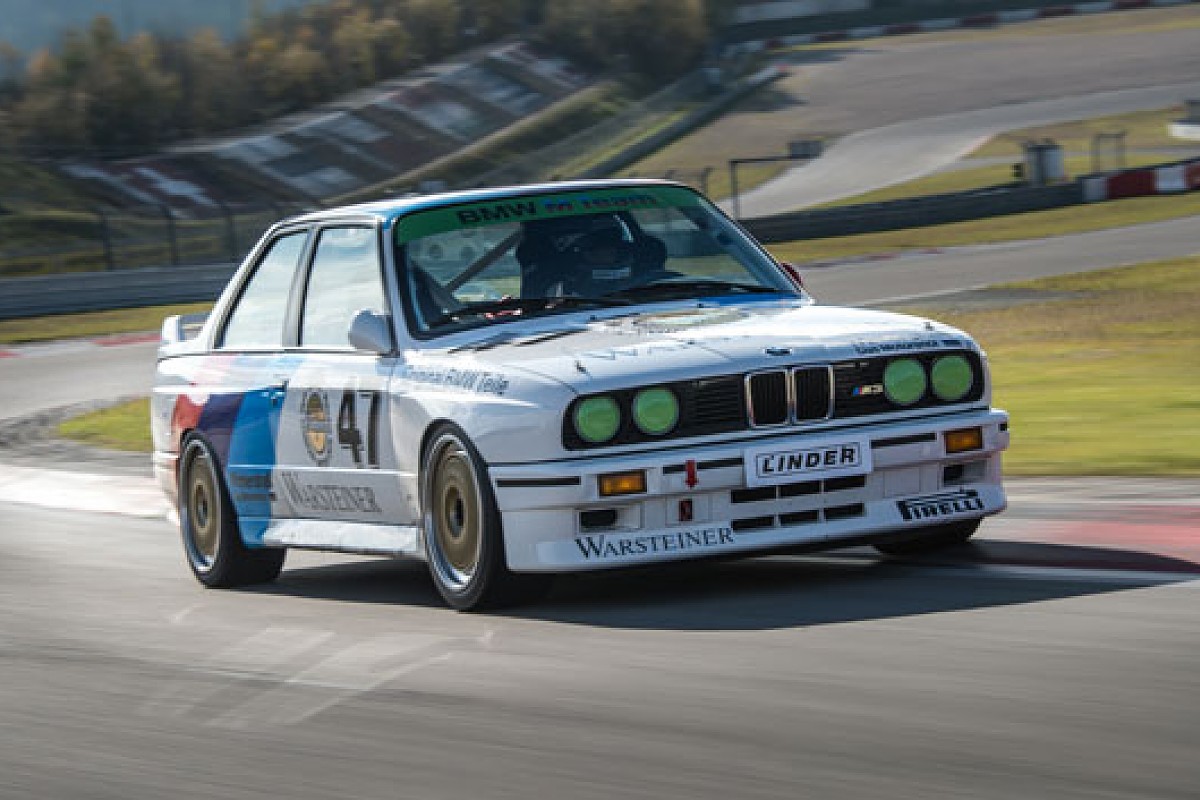 Initially BMW raced the big 635CSi, and with considerable success, but for 1987 it was time for something new.

Inspired by the success of the little 323i that had beaten the 635 on occasion thanks to the efforts of Linder Motorsport, BMW decided to base its next touring car on the 3-Series. The M3 is what Thomas Ammerschlager and Paul Rosche came up with and, once the homologation minimum of 6500 road-going models were made, everything was ready to go.

I'll not think too much about the fact that the M3s which dominated on the car's competitive debut at that year's WTCC opener at Monza were chucked out for their roofs being too thin. I'll instead tell you that what amazed me most was that this car was still what BMW was basing its DTM programme around when it pulled out after 1992.

During those six seasons, drivers of M3s won 13 major touring car titles, including Will Hoy's British crown in 1991. There were also five wins at Macau plus five Nurburgring 24 Hours successes and four more in the 24 hours at Spa. It even won a round of the World Rally Championship!

That shows you what an awesome and versatile piece of kit it was, and still is, based on the amount that are fielded in club series worldwide today.

It's easy to see why. As I touched on briefly, it's a whole lot more car than the 320, and once you get going it feels like it too.

There are none of the gizmos I'm used to from my regular M3; no paddleshift and none of the plethora of dials, buttons and knobs that control everything from the pit-to-car radio to the fuel settings.

There's a proper dashboard - a road-car one mind - and even the standard air vents and heater! The only switch that's right there in front of you of much relevance is the brake-balance adjuster, which is a pretty simple knob that you turn left or right, depending if you want to switch the emphasis to the 'FRONT' or 'REAR'.

The balance, as you'd expect from a BMW, is near-perfect, one of the best-
balanced I've ever driven. A lot of that comes from the science that went into the design. It's 350 per cent stiffer than the 635CSi it replaced, is lighter and has pretty much the same amount of power too.

It's even been engineered so that there's a perfect 50/50 weight distribution on the front and rear axles when carrying a full fuel load.

The car, as a whole, is very forgiving and very easy to drive. I can imagine that you'd get drivers of a wide range of abilities being reasonably well-matched in these cars because driving it on the limit isn't the most taxing of tasks; certainly not to the level that it was with the Group 5 car I was in earlier.

There's a bit of body roll too, compared to what I'm used to, although you'd never think from the feel you do get that this car is 25 years old. I can just imagine getting in this for the first time and thinking that this must be a car from another planet compared to something huge like the 6-Series.

I was excited about being able to drive the Super Touring car as it was 320s like this one that got me into touring cars in the first place. I was still a youngster hillclimbing when Smokin' Jo Winkelhock and Steve Soper were ripping up the tracks in the BTCC on their way to first and second in the 1993 championship. 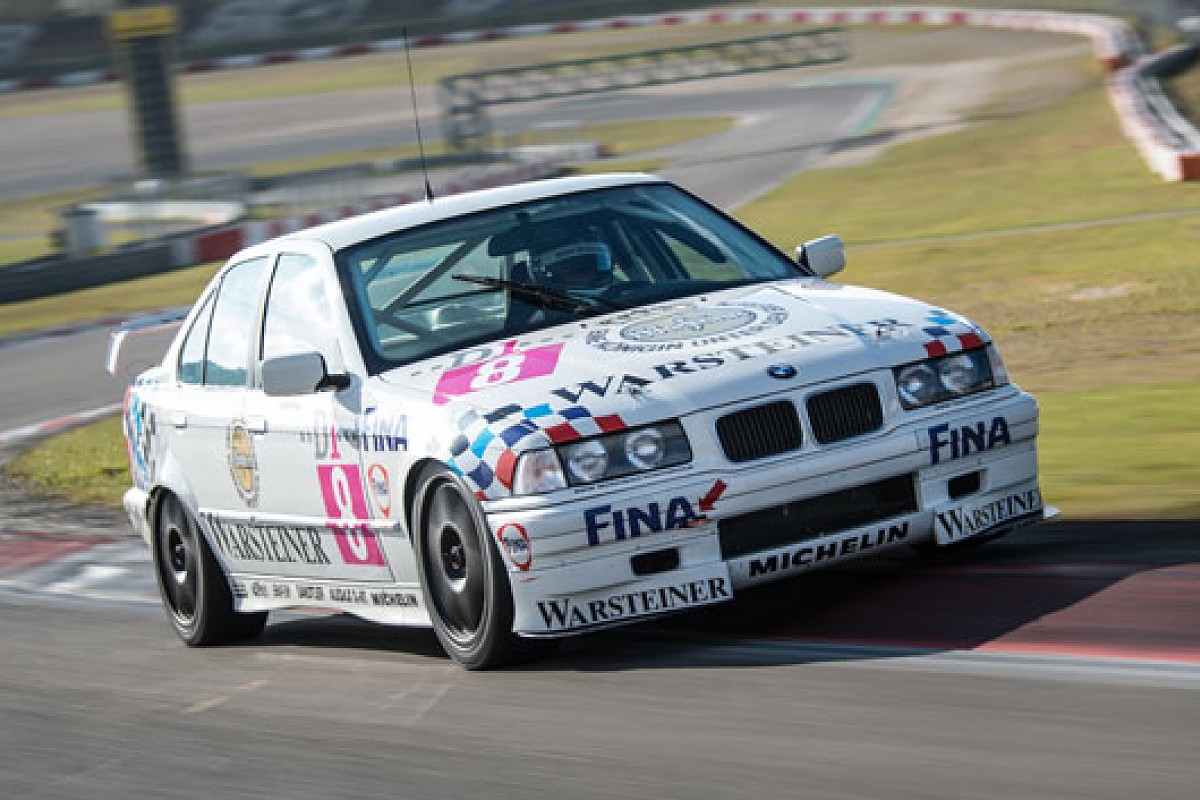 This example is an ex-Winkelhock machine that raced in Germany's Super Touring series (its premier touring car championship during the non-DTM period of the late 1990s) and is one of the second-generation models, complete with the aero package that became mandatory in the class after Alfa Romeo pushed the boundaries - and the rules - in '94.

From the stories I'd heard about Super Tourers, especially those built after the aero rules changed in '95, I was expecting the 320i to be a lot more like my DTM car than the machines I took to my three consecutive World Touring Car Championship titles from 2005-07.

Instead I got a shock. For all the additional grip - don't forget that as well as the more advanced aero, there was also a tyre war going on that meant rubber technology was being pushed all the time - it really didn't feel much faster than my old 320si.

It's quite an achievement that BMW managed to make the S2000 car so similar in pace to this, despite all the reductions in technology imposed by the FIA.

The engine feels a bit more lively than in the E30, but no less driveable. In fact the power delivery is great and if you can give the throttle a little squirt on turn-in and just get the back to come around on you a bit, then your corner exits instantly improve.

The sequential box also helps, because you spend less time with a hand off the steering wheel, increasing the amount of control and stability under braking.

For the first time the vision from the driver's seat is like what I'm used to, as I'm more or less sitting on the floor, BMW and others having realised that the further back you could get the engine and the lower you could sit the driver, the better for getting the weight down low and improving the balance. Although I can see a bit less, there's something a little reassuring about it because there's that instant familiarity.

Of the three cars I'm trying today, this is instantly the most satisfying, and I think that just comes from it being the most modern, and therefore the best built, the one that you feel confident to push hardest. I've raced plenty of historic saloons and sportscars, and the one thing you've always got to be a bit careful about is breaking them by pushing too hard.

It's the first of the three cars that feels like it has significantly more grip than power, which is a trend that continues in touring cars to this day (the DTMs are, I feel, about right).

This creates a potential problem that these cars really need to be driven on the edge to find the performance. I'm not surprised that touring cars became so popular during the Super Touring era, or that manufacturers recruited so many ex-F1 or Le Mans drivers; you can tell by how hard you need to hustle the car into the bends that amateur drivers, the kind that you get in a lot of touring car series nowadays, would struggle to keep up.

So three periods of BMW touring car history, three very different machines and one - thankfully dry - day to drive them on. Not bad having a job where you get to do this, is it?

Special thanks to BMW Classic and BMW Motorsport. 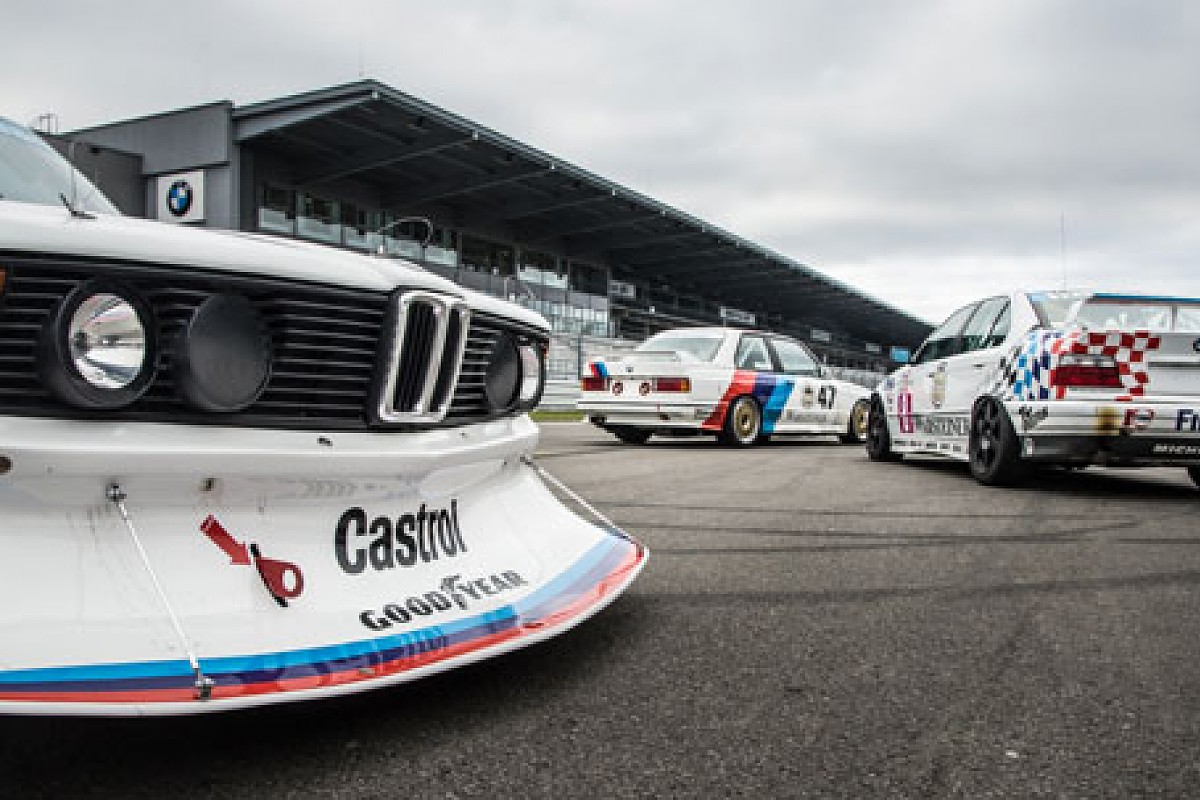