Having already lost 31 minutes in Tuesday's third stage with navigational difficulties, three-time winner Sainz slipped further away from the top runners after losing his way in the early sections of Stage 5 on Thursday.

The X-raid Mini driver conceded 28m40s to the Toyota of Giniel de Villiers before the first reference at 43km, with Stephane Peterhansel and Nasser Al-Attiyah also losing time but by smaller margins.

Although Sainz managed to recover some of the lost ground in the remaining 400km of the stage between Riyadh and Al Qaisumah, he still crossed the line 15m19s down on winner de Villiers, and lost over 10 minutes to both Peterhansel and Al-Attiyah, the two drivers he is fighting for the overall win.

With only five of the 12 stages complete, Sainz already finds himself 48m13s down on overall leader Peterhansel, with Al-Attiyah 42 minutes clear of the Spaniard in second.

Speaking after arriving in the bivouac, a frustrated Sainz said the Dakar feels more like a "gymkhana than a rally" and he's never seen so many drivers run off course due to navigational troubles.

"I am a little demoralised and upset, because the rally looks more like a gymkhana than a rally-raid," the Spaniard said. "I've been on 14 Dakars and I've never been lost two days and lost half an hour in each one, nor have I seen everyone lost. This isn't the Dakar.

"This is becoming more of a gymkhana than a rally. What we have seen so far iit s not a rally. I just don't like it. It's more like a lottery, something like finding, this is not rallying. I'm really fed up.

"It's a gymkhana with the navigation. We've never had anything like it. Everybody gets lost, everybody tries to find the point. It's not what I like, at least."

The 2021 Dakar Rally is the first in the event's history where roadbooks are handed to the drivers 15 minutes before the start of each stage instead of the previous day, as had been the case before.

Since the crews no longer have the time to add their own notes like in the past, organiser ASO has compensated for it by adding more detail to the roadbooks. 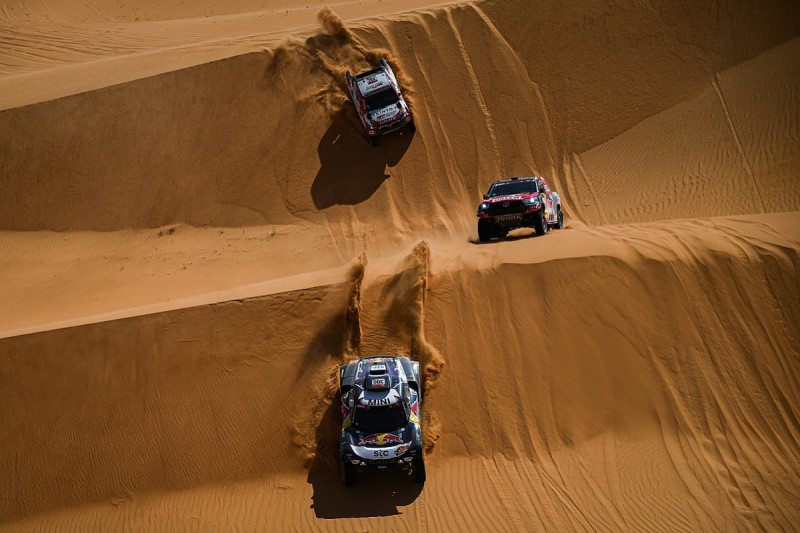