Dakar leader Sainz received a 10-minute penalty for what he saw as a near-miss with Kees Koolen's quad on the La Paz-Uyuni stage.

Koolen is adamant Sainz hit him and the penalty is too lenient.

"I'm a businessman and have access to a lot of good lawyers, maybe the best lawyers in the world, better than these organisations have themselves," said Koolen.

"If you don't take serious penalties I will take my measurements when I come home again and I will file a criminal offence."

He believes he is lucky to have survived the incident.

"You can see on my quad that there was a lot of damage. He says he didn't hit me.

"My origin is that I'm an mechanical engineer. The part that was hit and deformed, I will ask a 3D engineer to calculate it, but I think you need 1500 kilos to deform something, maybe 2000 kilos.

"I have the parts saved. I expected somebody to steal it so I can't prove it anymore, but I have saved them and will give it to a calculating company, they will see what the force was. "If the car hit me 20 centimetres to the left, I would be dead.

"I think if I would be dead, it would have been a lot easier for Peugeot and Carlos because then I wouldn't be able to talk anymore."

Koolen said "the worst thing" was the lack of an apology from Sainz or Peugeot.

"I could have been dead and he didn't even look around, did not stop, did not ask afterwards if I was OK," he added.

"They consciously took very big risks, [caused] danger for the life of people. They don't help and don't apologise. I can't imagine that."

He also criticised Dakar organisers, saying "nobody came to ask me what happened" before the penalty verdict, and argued the issue went beyond Sainz.

"It's not about Carlos, I think it's wrong to talk about that. It is about the situation," Koolen added.

"This is an example that the cars should care about safety.

"If somebody is in danger, you help each other. And they didn't do these things." 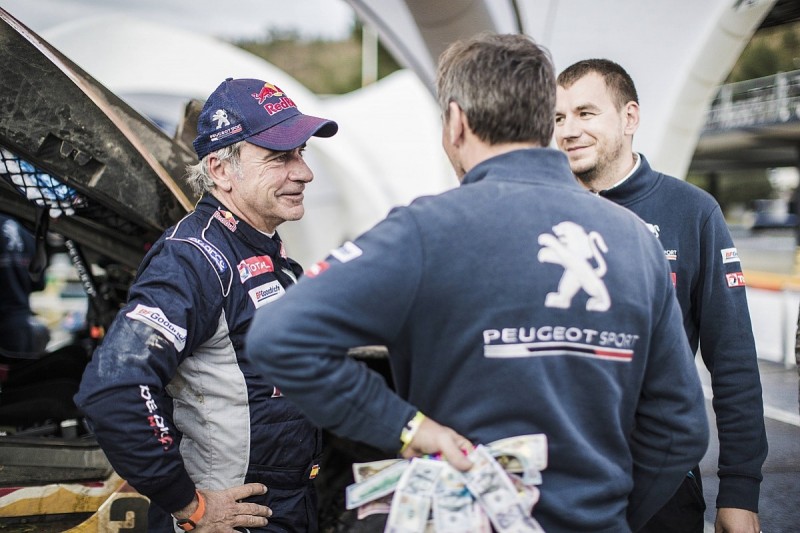 Sainz said he was "very disappointed and disgusted" by the penalty "because I really did not have any incident, I did not touch him - thank God.

"I'm so sorry for him, for the scare he got. I also had a big scare because it was very close.

"I think I actually saved an accident."

He added that he did not stop as he did not believe they had made contact.

"Of course if you hit somebody, you stop," said Sainz. "I never hit anything."