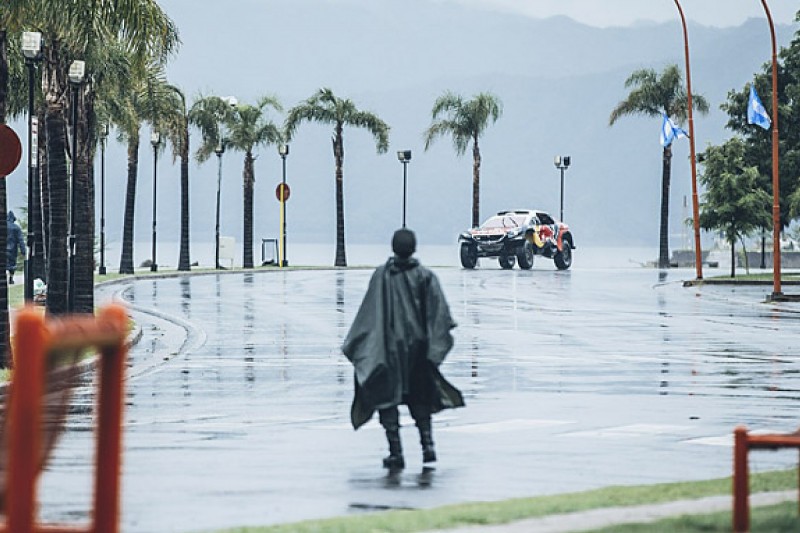 Event organisers were expecting poor weather on Sunday, but the storms that hit the area of the stage were heavier than expected.

While the stage start was delayed several times in the hope of conditions improving, it was eventually declared that the competitors would drive to Villa Carlos Paz under 'link section' conditions, treating the stage as an untimed road section.

More than two hours after the motorbike reader was originally meant to head into the stage, race director Etienne Lavigne confirmed the cancellation.

A statement from the organisers said: "It's no longer raining in the area of the special, but the weather is not good enough.

"The helicopters needed to guarantee the safety of the participants during the race are unable to fly due to poor weather conditions on the course of the special and at the end of the stage.

"The rain has turned parts of the special into torrents of water.

"Motorcycles and quads will travel in a convoy, cars on their own and trucks on the course reserved for assistance vehicles."

Bernhard Ten Brinke is the surprise leader of the event after his victory on Saturday's prologue opening stage, three seconds ahead of two-time World Rally champion Carlos Sainz for Peugeot.