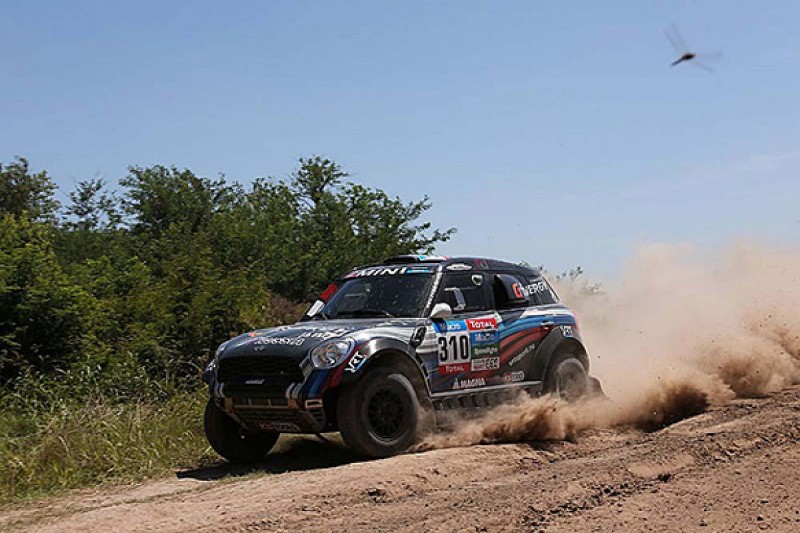 X-raid driver Vasilyev set the pace from the start of the stage and had a trouble-free run to give Mini its fifth win in as many stages of the event.

American Robby Gordon was third quickest, 1m25s behind the stage winner, while rally leader Nasser Al-Attiyah finished in fourth, two places ahead of his main rival Giniel de Villiers, who saw the Qatari's lead increase to over 10 minutes after Thursday's stage.

Stephane Peterhansel was again the best Peugeot driver in fifth position, as the French manufacturer continued with its troubled return to the Dakar.

Following a dismal day on Wednesday, Peterhansel's Peugeot team-mate Sainz retired from the rally after crashing 12 miles from the the finish.

The 1990 and '92 World Rally champion was following a quad in the dust and crashed into a rock.

Sainz's car rolled five times, but both the Spaniard and co-driver Lucas Cruz were unhurt.

The third Peugeot of Cyril Despres also hit trouble just 40 miles into the stage, taking a wheel off his 2008 DKR. He had to wait for assistance from the team's service track and eventually made it back to the bivouac late at night.