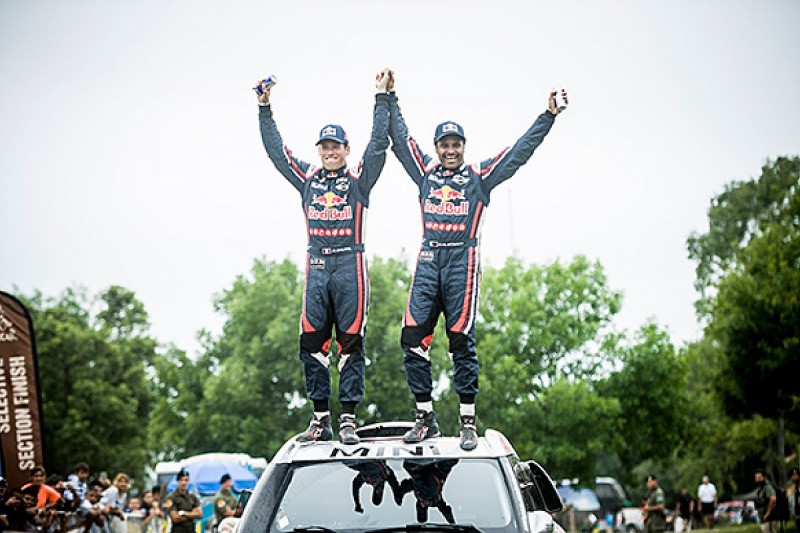 The Qatari took the lead early on and only lost it to X-raid team-mate Orlando Terranova due to a penalty after the first stage.

After he regained it on the following day, Al-Attiyah stayed on top and secured a commanding win at the end of the event on Saturday.

Third place on the final stage of the rally was enough for Al-Attiyah to clinch overall victory, his second following his 2011 triumph with Volkswagen.

Giniel di Villiers finished in second place in his Toyota, over 35 minutes behind the winner. Krzysztof Holowczyc completed the podium in another X-raid Mini.

The final special of the rally was shortened to just 21 miles due to heavy rain, and it meant the stage finished at the first control point.

American Robby Gordon took victory by 31 seconds from Leeroy Poulter and by 34s from Emiliano Spataro.

Peugeot's troublesome return to the Dakar ended with Stephane Peterhansel outside the top 10 after finishing in 12th place on Saturday's stage.

In the bikes category, Spaniard Marco Coma secured his fifth Dakar victory, while Airat Mardeev won in trucks and Rafal Sonik in quads.