Nasser Al-Attiyah continued to cruise towards 2015 Dakar Rally victory with another win on Thursday's stage 11, as Yazeed Al-Rahji dropped out of third place 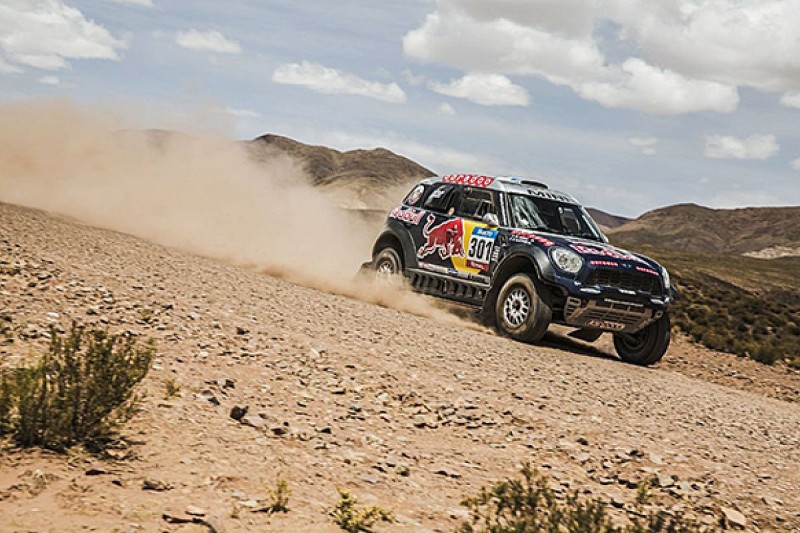 World Rally Championship regular Al-Rahji had looked assured of third on his Dakar debut, but an engine problem developed on his Toyota before he could even get to the stage start, ending his rally.

Times were close for those that did make it to the 121-mile stage from Salta to Termas de Rio Hondo.

Although Al-Attiyah was quickest, he was only 27 seconds faster than X-raid Mini team-mate Orlando Terranova, whose bid for victory was ruined by a crash in the first week.

Giniel de Villiers only lost 39s to Al-Attiyah on the stage, though that keeps him 29 minutes behind the leader in second overall with just two days left.

There was a surprise fourth-fastest time from Lithuanian Benediktas Vanagas, who is outside the outright top 20.

Stephane Peterhansel was seventh quickest on stage 11, bringing him back up to 11th. He still faces a 50-minute gap to Ronan Chabot ahead if he is to salvage a top-10 finish for Peugeot on its Dakar return.