Our rallies editor DAVID EVANS wasn't looking forward to this year's Dakar, but the captivating first week of the event has changed his mind

A week down. A week to go. The Dakar doesn't half go on a bit.

It's a marathon for those of us who spend the fortnight waiting for half an hour of hastily arranged and slightly disjointed TV highlights every night - it must feel like forever for those poor souls behind the wheel in South America.

I must admit to a significant bout of Dakar indifference, brought on in no small part by Nasser Al-Attiyah's crushing victory last year.

The start of the 2016 version was made more interesting by the weather as El Nino did its thing and dropped more rain on Rosario and the surrounding area than had been seen in years. Tough as that made this marathon event, I still wasn't happy.

Rain? Dakar doesn't do rain. The proper one, you know, the one that actually goes to Dakar.

Harsh weather conditions on a Dakar used to mean snow, ice and unusually freezing New Year's day temperatures for a prologue somewhere just south of Paris before wind whipped the sand into a Saharan storm - out of which only the most magical of co-drivers could guide their car.

Being unable to tell Nani Roma apart from his co-driver Alexandre Haro after the pair have spent the thick end of an hour trying to dig their Mini out of a muddy hole isn't what this event's about.

Yes, it's a challenge. It's just the wrong sort of challenge.

Dakar's about sand, reading the sand and getting across the desert. What we have this year is an overgrown round of the World Rally Championship. Normally, I'd be all for a two-week WRC round, but even I can see that's a bit much.

And then there's the relevance to current car makers. Or the distinct lack of it.

Peugeot, this year's only true manufacturer entry, can't really expect to be shifting stacks of 2008s off the back of its Dakar entry. Have you seen the road car version? Gone are the days of Mitsubishi, Nissan and Volkswagen fighting this one out with cars potential SUV-owners could almost relate to and sort of aspire to.

Talking of Peugeot, not much was expected from the Parisians, following a chat with team director Bruno Famin. He admitted the new car was an improvement on last year's 2008 - but the collected eye of Velizy was on the 2017 Dakar. This time around? Another year of learning.

So, another Mini-based snoozefest awaited.

"I have so much to learn," he told me, "it's not possible to think of winning."

And then last week happened.

How does he do it?

Those two fine French exports have totally turned me back onto the Dakar. Watching Loeb, with his trademark shrugging humility, describing his debut in the world's longest and most arduous race has been quite brilliant.

And reminiscent of 14 years ago, as the same man struggled to describe just how he was showing Colin McRae and Carlos Sainz the way home in their trio of Citroens.

Peru's prescience in pulling out of the Dakar route because of El Nino's meteorological threat has no doubt eased the pressure on its own emergency services, but it forced the event organisers - the ASO - into a last-minute itinerary rethink. And that meant more roads and less sand.

Undoubtedly, there will be revisions for next year and I look forward to a more African approach in 2017.

But for now, back to the immediate future and the riveting week that awaits us. Can Loeb do it? Can Peugeot lock-out the podium? Such a result like that would make for quite an extraordinary end to a flat-out fortnight.

Not to mention an eminently and unexpectedly watchable Dakar. 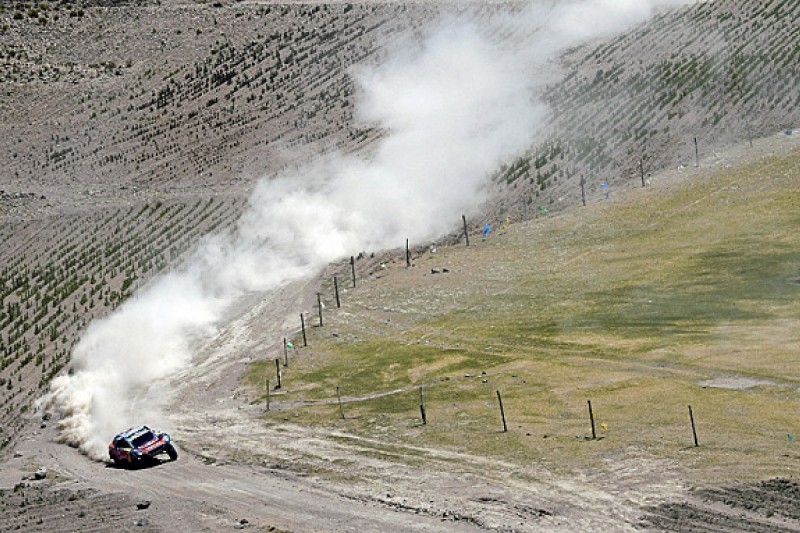