Dakar Rally director David Castera has responded to criticism from competitors about this year's roadbook and insists the alterations haven't been used to "make things difficult on purpose".

A number of Dakar competitors have struggled with navigation frustrations during the opening week, with defending champion Carlos Sainz Sr particularly vocal after his problems on Stage 5, claiming the event "feels more like a gymkhana than a rally".

Sebastien Loeb backed up Sainz by calling the 2021 Dakar a "race of co-drivers", with the competitors who make the fewest navigational mistakes profiting more than in previous years and he feels it is the determining factor of the rally.

Following a trial in the inaugural Saudi-based Dakar last year, roadbooks are now given to competitors just 15 minutes before the start of each stage, as opposed to the previous day, meaning crews have no time to add their own notes.

While organisers have tried to compensate for this by making roadbooks more detailed, Castera feels teams also need to adapt to the different challenge.

"Maybe the philosophy of the roadbook has changed, and this may have needed some adaptation, but it is not true that we make things difficult on purpose," Castera, a former Dakar podium finisher in the bike class, told Autosport.

"You need to consider that it rained a lot the weeks before the start of the rally, and this has complicated the situation."

Castera believes without Sainz's costly navigation problems the X-raid Mini driver would be firmly in the victory hunt heading into the second week. At the end of Stage 6, Sainz was third overall but over 40 minutes off leader Stephane Peterhansel, with Nasser Al-Attiyah in second and just under six minutes behind the French driver.

"Carlos [Sainz] did too many navigation mistakes, otherwise he would be fighting with Al-Attiyah and Peterhansel," Castera said. "Carlos, Nasser [Al-Attiyah] and Stephane [Peterhansel] are the strongest drivers so I was expecting a fight among them.

"Now it's a question between Peterhansel and Al-Attiyah. We need to wait and see who will do the first mistake."

Having spent a month with the recce team in Saudi Arabia helping prepare for the 2021 edition, despite various restrictions and protocols in place amid the COVID-19 pandemic, Castera feels this year's event is an improvement on the initial Saudi-based Dakar and provides a sufficient challenge to all competitors.

"We wanted to design a route capable of responding to the requirements of the competitors," he explained. "Last year it was very fast, so one of the main ideas was to slow down the speed.

"We designed the stages so that each one contains the variety of terrains that Saudi Arabia can offer; winding mountain passages, sand dunes, fast tracks and rocky paths. This consistent change of terrain helps to break the pace and slow down the speed.

"We alternate difficult stages with easier ones. The race will remain uncertain until the last. The penultimate stage will be the hardest.

"I spent one month with the recce team in Saudi to design the route and validate kilometre after kilometre. Because of the pandemic, all the recce work has been condensed in a few months with an extraordinary effort from the organisation." 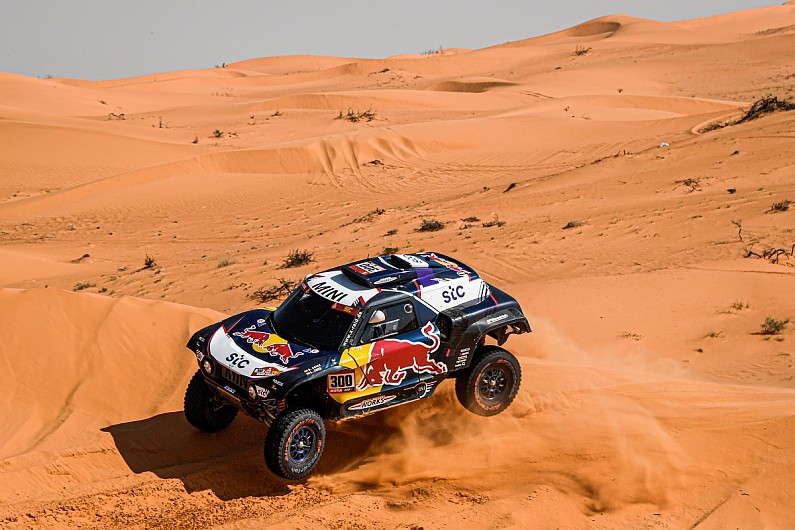