The event has been on the radar of Loeb - currently racing with Citroen in the World Touring Car Championship - for some time, and the French driver tested Peugeot's 2008 DKR in Morocco earlier this year.

Arrangements have now been finalised for him to return to Morocco this weekend to make his long-distance debut in the Rally du Maroc, before joining Carlos Sainz, Stephane Peterhansel and Cyril Despres for January's 13-day Dakar in Argentina and Bolivia.

"I only discovered motorsports when I was 18 and I started competing in my first rallies," Loeb said.

"Since then I have been interested in all types of different motorsports and Dakar is one of them.

"I think it's a great challenge to go and compete there and drive in the desert.

"The Dakar is completely different from the racing I'm doing at the moment.

"It will be very long, over two weeks, and you need to have the endurance to look after the driver and the car.

"It's another approach to racing but I'll discover that in January.'

Peugeot recently unveiled its 2016-spec 2008 DKR, which will make its competitive debut in Sainz's hands on Rally du Maroc, with Loeb in the '15 challenger.

"When I tried the Peugeot 2008 DKR out in June, it was immediately very impressive for me - and of course it has changed a lot since then," Loeb, who will be joined by regular rally co-driver Daniel Elena, said.

"What struck me most of all is how the Dakar car was a completely new experience: in the WRC I have been used to going round obstacles but with this car you can just drive straight over them, and it takes some time to have the confidence to believe it!

"I've also been used to having very detailed pace notes: in Cross Country, you have to find the road for yourself and improvise your route.

"And this is actually the first time I have driven any type of diesel car in competition too.

"So there is a lot for me to learn, but I am eager to find out more." 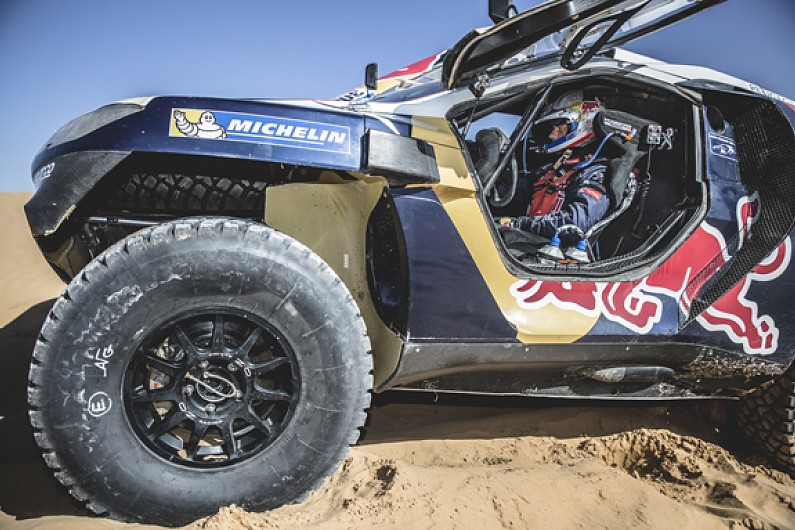