Giniel de Villiers had carved three minutes out of Al-Attiyah's lead on stage seven on Saturday, and made further gains early on stage eight, helped by his X-raid Mini driver stopping to change a wheel after a puncture

But Al-Attiyah was able to peg the Imperial Toyota back late on the stage, with de Villiers frustrated by a low-flying helicopter affecting his vision. 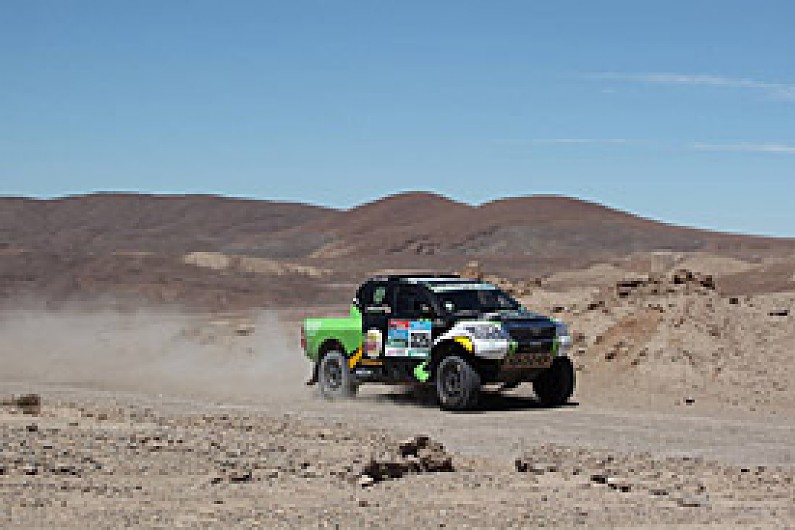 The run back from Uyuni to Iquique was split into three: an initial 293-mile run - much of it flat-out on salt flats - followed by a 170-mile neutralised section then a final 24-mile sprint to the finish.

It formed the second leg of a 'marathon' stage with Saturday's special, with crews unable to call on team assistance through the weekend and not returning to the service bivouac until Sunday night.

Dakar rookie Al-Rajhi consolidated his current third place overall by claiming his maiden stage win in his Toyota, beating Orlando Terranova by 1m12s. Al-Attiyah and de Villiers were next up.

Stephane Peterhansel was the top Peugeot in seventh, keeping him in eighth place on the outright leaderboard.