At six feet five, Dron viewed the world and the cars he drove from a higher plane than most on this planet.

That he was far too tall to be a single-seater racer did not deter Dron. From 1968, when he forged a friendship with future Formula 1 world champion James Hunt in the hurly-burly of Formula Ford’s first full season, he left a lasting impression both on track and in the eloquent words he wrote about motoring and motorsport over his distinguished peripheral career as a journalist.

Educated at the College of Aeronautical and Automotive Engineering, Dron did not set out to be a wordsmith but, after a spell working with entrepreneur Nick Brittan, saw it as a more enjoyable way to keep the wolf from the door and further his racing aspirations. Thus he joined Motor as road test editor in 1971. The rest is history, on both counts.

It lasted a season, in which a class-winning third overall in the RAC Tourist Trophy race at Silverstone – behind Stuart Graham and Vince Woodman/Jonathan Buncombe in 5.7-litre Chevrolet Camaros – over three hours was a springboard to greater things.

PLUS: How the unlikely Capri-slaying Dolomite triumphed against adversary

The single-seater dream still gnawed away at Dron and he was more surprised than anybody when Unipart facilitated this in 1976, backing his season in a new March 763. Alas the sponsor’s British Leyland connection brought with it the heavy and tall Dolomite engine which, in air-restricted form, proved a boat anchor, no match for Novamotor’s Toyota Celica 2T-G engine.

Nonetheless, Unipart appreciated Dron’s enthusiasm and tenacity, which earned him the works (Broadspeed-run) Dolly Sprint BSCC seat for the next two seasons, finishing second and third overall in the class-based competition.

The combination dominated the 2300cc division in 1977 – when Dron was beaten only twice by Jeff Allan (Vauxhall Magnum) – but lost out to Bernard Unett (Chrysler Avenger) whose small class opposition was minimal. He scored six outright wins, including sensational drives at Silverstone, the 1977 British GP and 1978 International Trophy supports boosting his stock.

PLUS: The outright tin-top wins achieved by a forgotten tin-top great 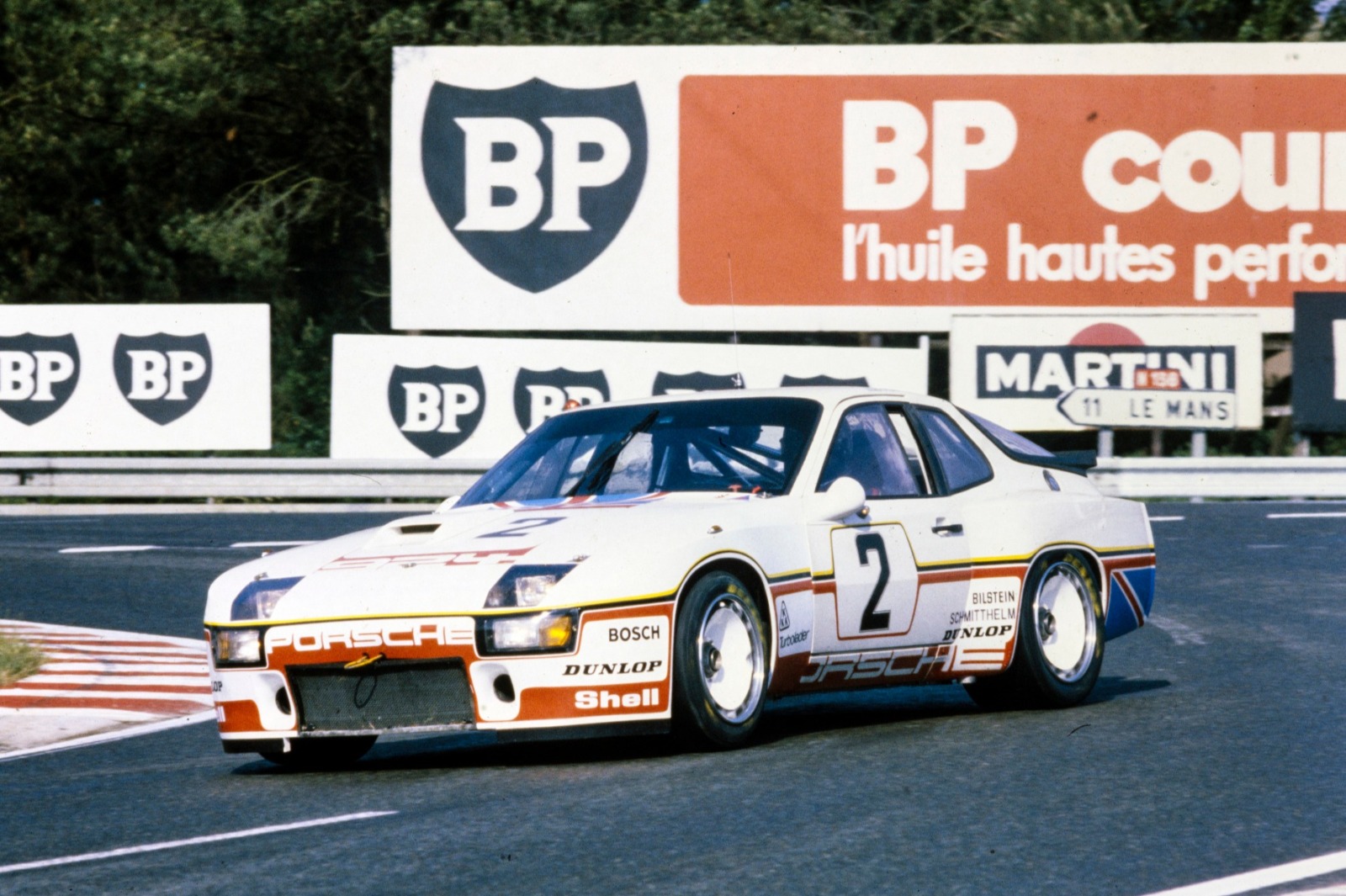 When the Jaguar XJ12C drive he’d yearned for sank with the programme, Dron was forced to take mainstream jobs once more. On the side, though, he shone in the BMW (323i) County Championship and won the 1978 Porsche 924 Championship while working for Newcastle dealer Gordon Ramsay. The Porsche connection was to be an important one, opening the door to the next chapter of Dron’s career and much sportscar success.

He competed at Le Mans four times, finishing 12th with Rouse in a works 924 Carrera GT in 1980 and a class-winning 13th with Richard Cleare and Richard Jones in the former’s Porsche 934 in 1982. Sadly, Cleare’s Kremer CK5 prototype’s engine broke in 1983, Dron having bravely pulled 221mph in it during qualifying.

Dron returned to journalism, joining his old Motor colleague Roger Bell at (Thoroughbred &) Classic Cars and quickly took over the top seat, editing it for more than a decade. Tony’s profound knowledge of the industry and passion for its history, coupled with his forthright views, encapsulated in an insightful, eloquent and always entertaining writing style, made it for many readers a golden era. In latter years Dron’s words graced Octane magazine and others worldwide.

Having battled with COPD (emphysema) for many years, he regretfully hung up his helmet in 2012 when the struggle to inhale oxygen started to become too much. A major operation at Papworth in 2018 helped hugely, but not enough to return to the track, though Dron’s sense of humour and love of unfeasibly small road cars endured.

He passed away, ironically, on the day that would have been long-time racing rival Gerry Marshall’s 80th birthday. But what a legacy he leaves.

Apart from millions of words and hundreds of race wins in cars from 24 marques, fifth places in the 1974 Spa 24 Hours (with Andy Rouse in Triumph Dolomite Sprint) and 1982 Nurburgring 1000Km (sharing Richard Lloyd’s Canon Porsche 924 Carrera GTR) and a class victory in the Nurburgring 24 Hours (BMW M3) added to a stellar CV. But the Nordschleifemeister’s favourite win was at the 1999 Eifel Klassik when he outran a 180-strong field from pole in a glorious Ferrari 330 LM/B.

On behalf of the sporting fraternity, Autosport offers sincere condolences to Tony’s family, particularly his wife Charis Whitcombe, his three children by previous marriages, Amy, William and Katy, along with his French-domiciled brother Peter, also a motoring writer.