Tom Chilton 'would be happy' with points on Vauxhall BTCC return

Tom Chilton has played down expectations for his and Vauxhall's British Touring Car Championship return, saying he would be satisfied with a points finish at the Brands Hatch season opener

Vauxhall will make its return to the championship as a manufacturer this year with a pair of factory-backed Vauxhall Astras for Chilton and rookie Senna Proctor run by the Power Maxed Racing team, having last competed in 2009 with Triple Eight Racing.

Chilton, meanwhile, will be making his first appearance in the championship since he switched to the World Touring Car Championship in 2012, and will contest campaigns in both the BTCC and WTCC this year.

But with the completion of the Astras not expected until the middle of February, Chilton said the team only had two test days planned before the official BTCC pre-season test at Donington Park in March and was expecting a difficult start as a result.

"I haven't tested the car yet, it's not been built," Chilton told Autosport's sister brand Motorsport.com.

"But we're on target for the car to be ready in the middle of February.

"The car has the shortest wheelbase on the grid, so for a circuit like Brands Hatch Indy, that's what you want to get the car turned in.

"I'm hoping the couple of test days we have planned aren't wet and aren't too busy, because they're general track days to keep the costs down.

"If we have two wet days with loads of traffic, we'll be heading to Brands Hatch with our eyes shut. But there's not much we can do about it.

"So I'm not setting my goals too high for the first round.

"If we were doing two weeks of testing in Spain, I'd be confident of being in the top six.

"But because we're doing only two general track days with the danger of bad weather, I'll be happy if we're in the top 15.

"I will have done almost no testing, and I'll be racing against some of the best touring car drivers in the world.

"I know I'm going to be on the back foot, which is why my expectations are not as high as they would be normally." 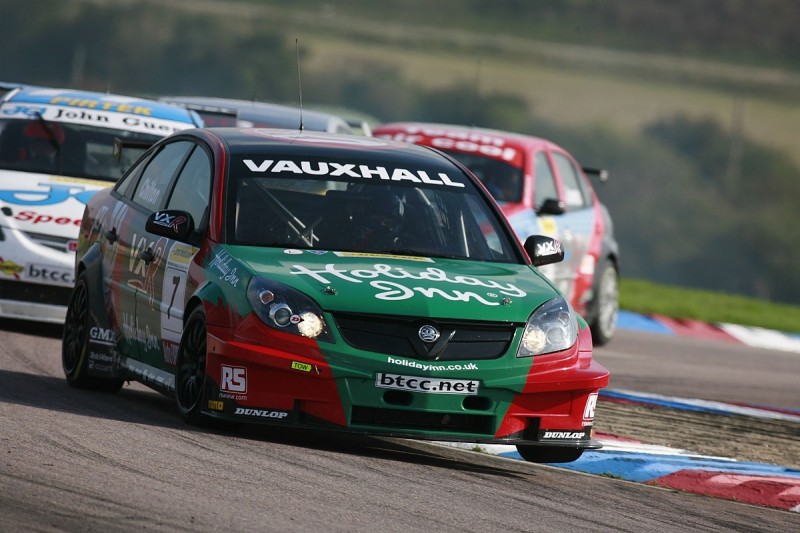 Chilton added the BTCC was a different proposition to when he had previously raced in the series - which included a two-year stint with Triple Eight and Vauxhall - with the championship's use of standardised parts supplied by RML in line with its NGTC technical regulations limiting development options.

"With Triple Eight, we had lots of engineers designing new bits for the cars, and we did lots of testing, and a huge percentage of it was paid for by Vauxhall.

"Now everyone has to use the same sub-frame and the same suspension, so you can't really get an edge on anyone, besides the Subaru [Levorg, used by Team BMR] having a boxer engine sitting low down in the middle of the car."