Chilton combined a season in the World Touring Car Championship in a Sebastien Loeb Racing Citroen C-Elysee with his first BTCC campaign since 2011 this year, driving for the Power Maxed Racing Vauxhall squad.

Chilton - who at the time was the youngest BTCC driver in history when he joined the grid at the age of 17 in 2002 - has now been announced as the Motorbase Ford squad's first signing for the '18 season.

The Kent outfit finished third in the independent teams' standings last year, while Mat Jackson was its lead driver and finished eighth overall.

"It's one of the teams I haven't been with, funnily enough," Chilton told Autosport.

"I've been with pretty much everyone up and down the paddock apart from Motorbase and WSR so it's quite nice to go to Motorbase.

"When I was at Arena Motorsport [pictured below] we used to build the Fords and then sell them to Motorbase [in 2010 and '11] so I was kind of the development driver; it's quite nice to go to them now and see what I can do with them. 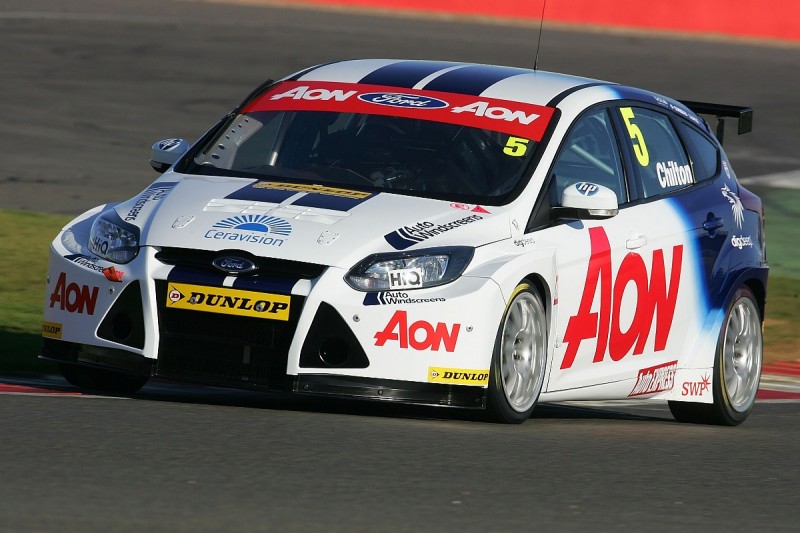 "We've got lots of test days lined up, which is the problem I had this year with the small budgets we had I could only do a couple of days of testing and there's lot of cars on the track in England.

"You can't win races like that - you need lots and lots of nice days in Spain testing to get on top of the car.

"Motorbase have got a very good record - in 2016 they were independent champions - and they've always been in the top 10 for years and years in the BTCC, which we all know is one of the most competitive series in the world."

The 32-year-old's most successful BTCC campaign to date came in 2010, when he finished fifth overall in an Arena Motorsport Ford Focus with three victories.

Chilton, who finished third in the WTCC standings and was Independents' champion, added he was unlikely to contest a campaign in the new WTCR series.

"It's great to have Tom on board," said Motorbase team principal David Bartrum.

"He's an excellent addition to the team with a proven touring car history and has all of the right ingredients to help Motorbase Performance challenge for the BTCC crown next season.

"He brings a wealth of experience with him from both British and World Touring cars and it's great to see him back with the Ford brand.

"A lot of his success in the BTCC has been with the Ford badge, he knows the product and knows our team and I think he will fit in well and be on the pace straight away."

Simpson moves from Dynamics to Eurotech for 2018 BTCC season